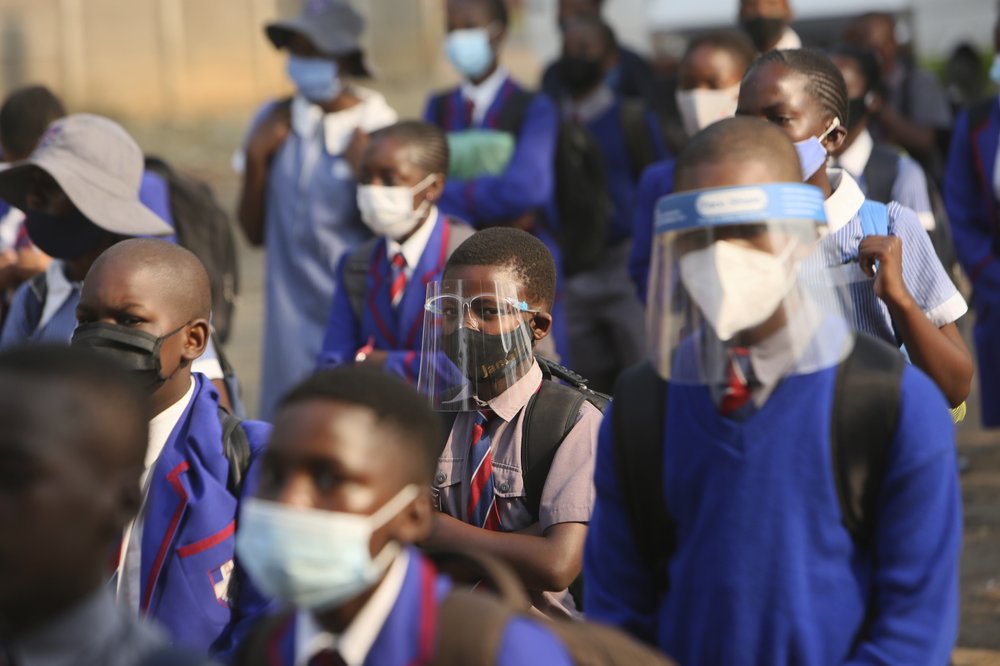 Zimbabwe’s schools Monday reopened for pupils in two grades as part of a gradual process that will see all pupils return to class by early November.

But many teachers did not report for work, as their union demanded that the government should first pay them a COVID-19 allowance and improve their salaries and working conditions.

Raymond Majongwe, secretary-general of the Progressive Teachers Union which is one of the largest in Zimbabwe, said teachers would report for work as soon as the government agreed to their demands.

‘Teachers cannot afford the bus fare to report for duty. They cannot even afford to pay school fees for their own children from the pathetic salaries that they get, yet they are expected to teach other people’s children,’ said Majongwe while touring some schools in Harare on Monday.

Teachers in Zimbabwe’s government schools earn less than JM$7,081 a month and are demanding that they be paid at least US$70,816 a month, he said.

The teachers who reported for work conducted lessons.

At some schools, such as at David Livingstone Primary School in the capital, Harare, lessons started more than an hour late as staff distributed sanitizing dispensers.

The students in grades seven and the final year of secondary school are to write local public examinations in order to graduate from primary and secondary school, respectively.

The examinations are expected to start in December, even though pupils lost considerable learning time since their schools have been closed since the end of March, as part of a nation-wide lockdown to slow the spread of the coronavirus.

Some teachers conducted small face-to-face lessons in the backyards of their homes.

Children in Zimbabwe’s rural areas were the worst affected because many have no access to electricity, internet or backyard classes.

President Emmerson Mnangagwa last week assured parents and pupils that the government has put in place adequate measures to ensure the safety of returning pupils.

The numbers of new cases and deaths have grown more slowly in recent weeks, encouraging the government to reopen much of the economy and to try to return the country to a semblance of normal life.

Early childhood educators get help to prepare for reopening of schools