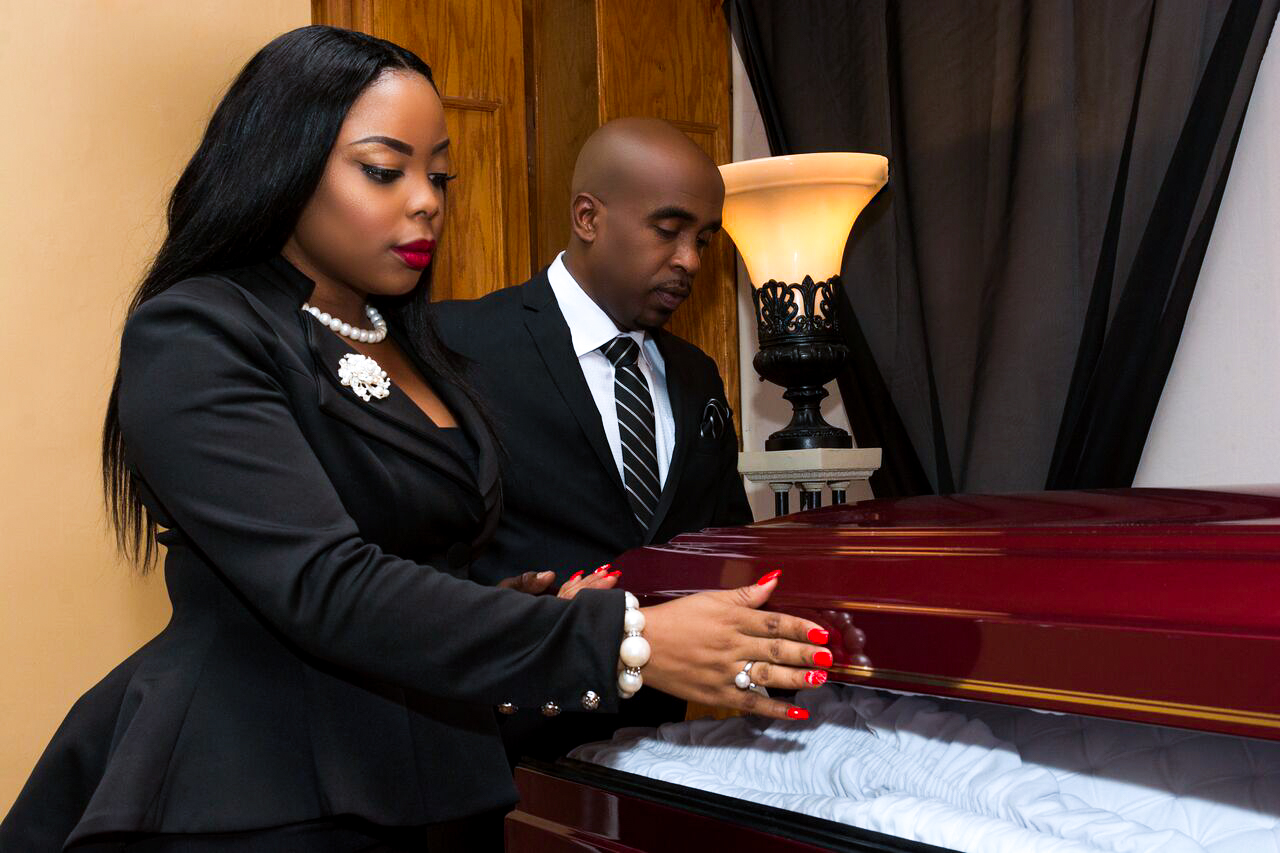 Loop spoke with Alva who explained just how she got into the funeral business. She shared a comical anecdote on how she quelled her curiosity about what goes on behind the doors of a funeral home following the death of her grandmother.

She said as a young girl she would pass a funeral home on her way from school in the evenings and could not resist the opportunity to peep inside.

“I would ask them to go to the bathroom and then I would go and look around the funeral home and my friends used to laugh at me. I even told them to come with me and none of them would be brave.”

From there Alva made her mind up and moved on to study Mortuary Services in New York before returning to Barbados where she worked briefly at Downes and Wilson Funeral Home in St Michael.

Alva said her drive and ambition saw her return to the US to start her own business. Andrew T. Checkley opened in 2015 and initially serviced other funeral homes in transporting the deceased from the place of death to other funeral homes but from 2017 the decision was made to transform into full funeral services including burial, cremation and international shipping.

Alva said from the time she entered school up to now she has felt the need to work extra hard to excel in her studies and make the business successful considering that she is a young, black female from the Caribbean.

“I really wanted to prove that a little person from the Caribbean can come up here and do very well.”

Despite her age and the fact that the business is still relatively young, Alva said she believes she has an advantage over her competitors who have been in the business for a while, in that she capitalises on the use of technology to advertise and communicate with clients. She added many are quite surprised that a young woman would be in this type of career.

“Everybody always comments and says, ‘You are a beautiful girl, how did you get into this?’ or ‘Why would you want to do that?’ and they always say, ‘You don’t look like a Funeral Director’.”

But she said she presses on fervently to show these persons that females can thrive as the Head of a funeral home. She said she even carries out tasks such as lifting the casket.

Alva went onto explain the funeral service business in New York is vastly different to that in Barbados. She said competition in Barbados is tight as there are quite a number of funeral homes with a small population, whereas in New York the population is larger. Another difference she pointed out is the fact that in New York funerals are usually scheduled for the evening time to give relatives and friends the opportunity to be part of the service without having to take time off of work. She also said in New York, the wake is always more a party than a solemn gathering as what happens in Barbados. She even suggested that Barbadians start to push more towards night and evening funerals as a way of limiting disruption to persons’ job hours.

Going forward Alva said her goal is to focus on nurturing relationships with new and existing clients. She said the business is based heavily on referrals and reviews.

“So we are hoping that by nurturing this small community that word can get around and it will be good to see the business grow.”

With many of the youth on island here facing the challenge of unemployment, her tidbit of wisdom for young Barbadians who may have considered but are skeptical about moving abroad to start a career, was:

“You have to take a risk. I packed up my bags and I left Barbados. I came here alone and I didn’t know what I was coming to. Some people told me that I shouldn’t do it, that over here is hard, but I took a risk and I do not regret it.”