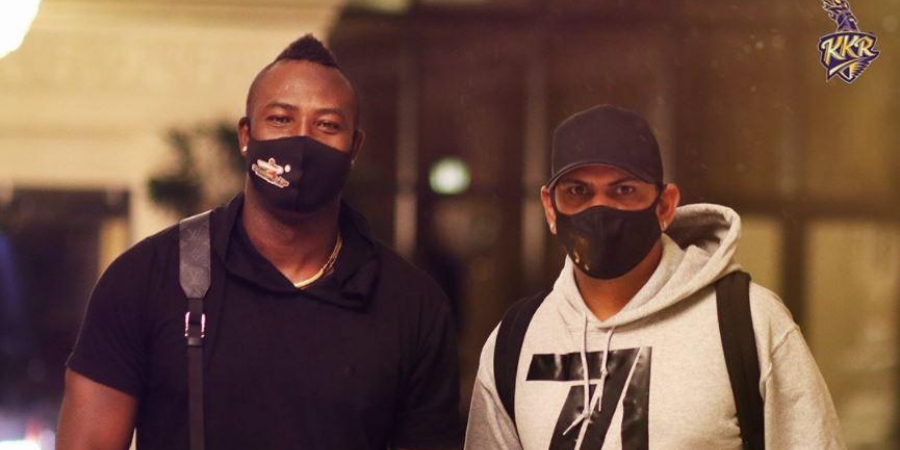 Narine played for 2020 Champions Trinbago Knight Riders, while Russell was in action for the Jamaica Tallawahs.

Meanwhile, TKR skipper Kieron Pollard and his family, along with Amazon Warriors all-rounder Sherfane Rutherford, have arrived in Abu Dhabi to join the Mumbai Indians.

Both represented the Guyana Amazon Warriors in the CPL.

All players and team personnel are required to undertake a six-day quarantine period after landing in the United Arab Emirates.

Everyone must be tested three times for COVID-19.

Once they have tested negative for the virus, they can commence training in the UAE with their teammates.

Defending champions Mumbai Indians will play the Chennai Super Kings in the opening game of the season.

Delhi Capitals are scheduled to play Kings XI Punjab in their opening match on September 20.

The KKR will then take on the Mumbai Indians in their opening match of the 2020 IPL tournament on September 23.