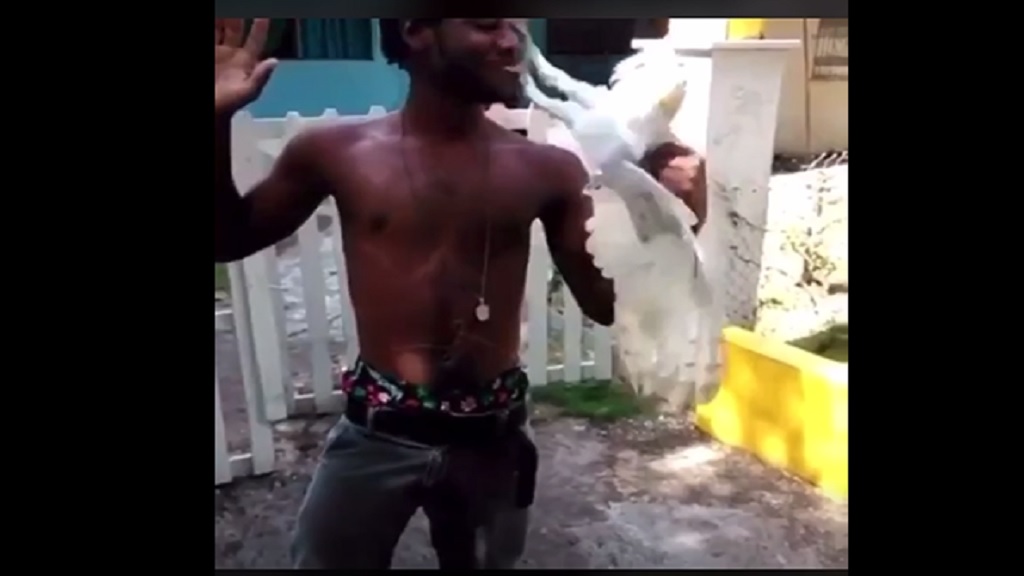 Screengrab of the video showing an owl attacking its captor.

A Jamaican man who thought it funny to pose with an owl was left with more than the proverbial egg on his face.

In a short video circulating online, the man is seen smiling as he poses with the bird. However, the smile disappears when the winged animal attacks the man with its talons in a bid to escape. The man quickly releases the bird as observers can be heard laughing.

The video provided comic relief for some social media users, but the seriousness of the incident was not lost on others including one wildlife expert who suggested that the man could have been seriously hurt by the bird.

“An owl is a bird of prey and is very dangerous if not held properly. The guy could have lost his eyes. A matter of fact I believe he might have got some cuts on his face,” the man wrote in response to the video.

He also suggested that the owl may have been injured and that the man should have contacted the authorities rather than use the bird for amusement purposes.

“It is likely that the owl is injured for someone to have it in hand. They should have contacted (the National Environmental and Planning Agency) to come and retrieve the animal. NEPA is the only authority than give you permission to handle these birds," the man said.

If you find an owl or see somebody with one, contact NEPA, the Jamaica Constabulary Forc or the Jamaica Society for the Prevention of Cruelty to Animals (JSPCA), the expert advised.