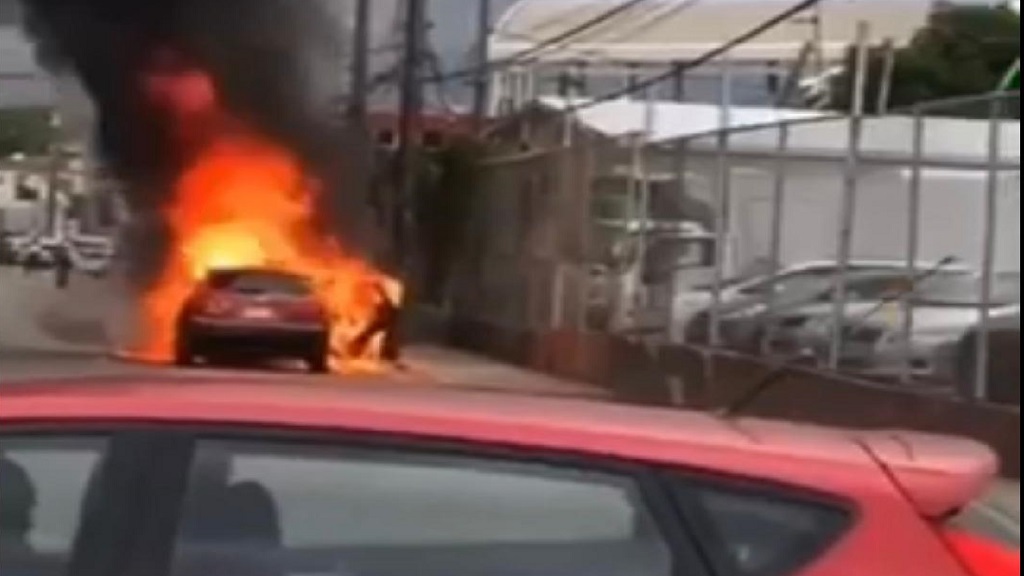 A screen grab from a video of a motor vehicle on fire in Half-Way Tree, St Andrew on Friday afternoon.

A motorist narrowly escaped serious injury after a motor vehicle that was being driven in the heart of Half-Way Tree, St Andrew on Friday afternoon, suddenly caught fire.

Reports are that about 2:30 pm, the motorist was traveling on Eastwood Park Road when smoke was seen coming from the vehicle.

Sources said the driver was a female.

The motorist stopped on the roadway to check the source of the smoke and a fire suddenly broke out about 100 metres from the Half-Way Tree Fire Station.

The driver managed to escape from the vehicle without being seriously injured after the front section of the unit quickly became engulfed in flames.

Firefighters were called, but it took a while for a fire team to arrive, reportedly because the lone unit from the nearby station had been out responding to another fire call.

By the time the vehicle fire was extinguished, the unit had been pretty much destroyed by the flames.

See a video of the incident below.