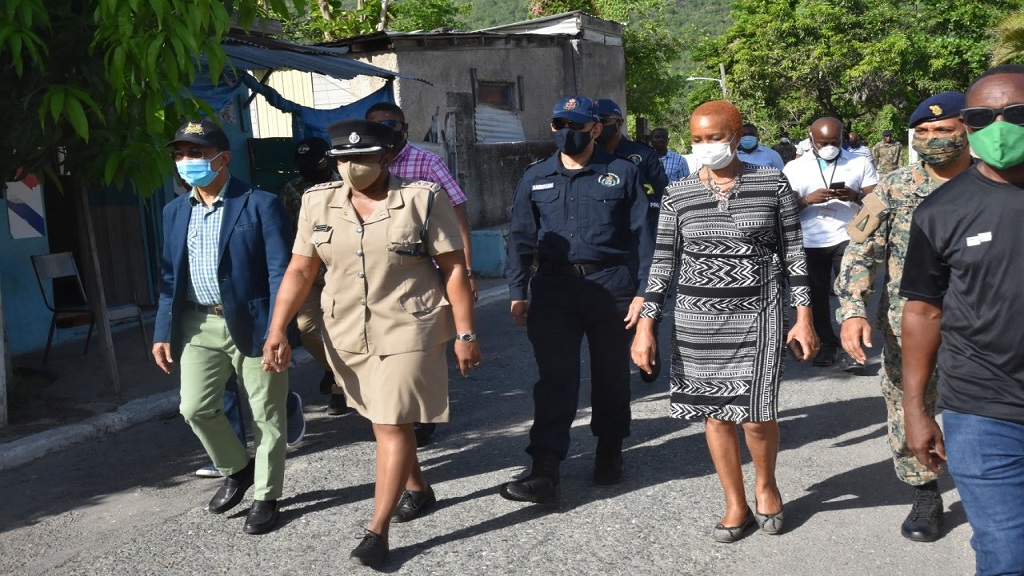 National Security Minister, Dr Horace Chang (left foreground), along with Science, Energy and Technology Minister and Eastern St Andrew Member of Parliament (MP), Fayval Williams (centre), along with representatives of the security forces, on a visit to August Town on Sunday.

High-ranking Government and security officials visited family members of Susan Bogle in August Town, St Andrew on Sunday to ease rising tension among the Jamaican populace over the killing of the disabled woman at her home during an operation involving the security forces last Wednesday.

They had Commissioner of Police, Major General Antony Anderson accompanying them, along with officials from the Jamaica Defence Force (JDF).

Since Bogle’s death, the security forces have been facing increasing pressure from some members of the public who have accused them of improper conduct during the incident that resulted in her death. The official report said Bogle was killed during a confrontation between the security forces and gunman in the community.

The Independent Commission of Investigation (INDECOM) has been probing the circumstances in which Bogle, 44, died. 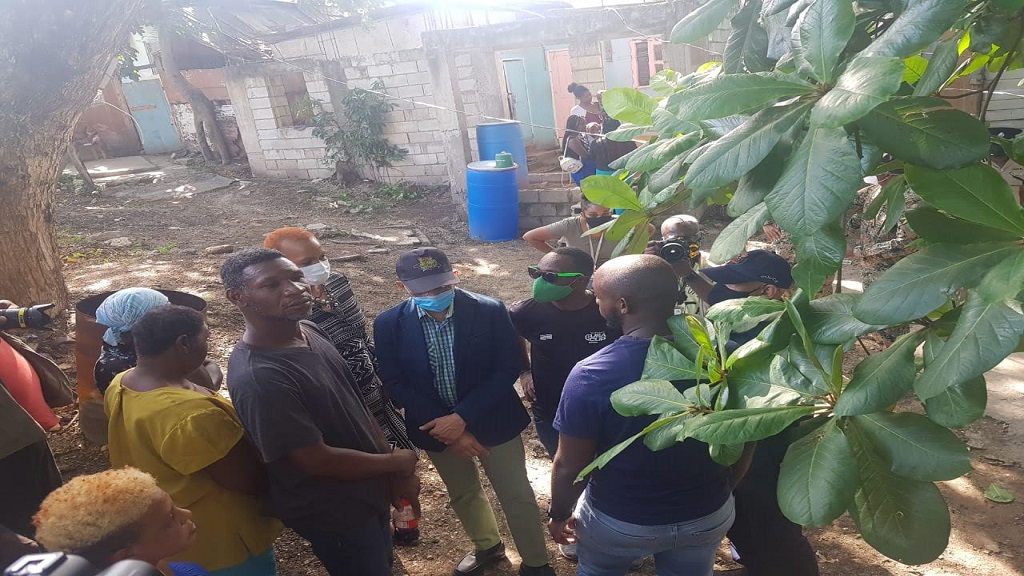 During the visit on Sunday, Chang said a strong security presence is needed in August Town, as the area has seen an upsurge in murders recently.

“We need a strong security presence to maintain a level of law and order and win back the confidence of the wider community. Certainly, in the medium-term, we will have to look at how we can fix some of the problems,” he said.

“August Town is near to the university (University of the West Indies and the University of Technology) and there is relatively a medium level of employment, a lot of talented people, but the physical condition of the place is unsatisfactory, for either the people who live there or for security to operate effectively in there, so that will have to be examined."

He added that the Government is concerned about the level of violence in the area, which has claimed nine lives so far this year mainly because gang members from the community are fighting each other. He said the ministry is adopting a strategic approach to fighting the violence, which will involve the members of the community. 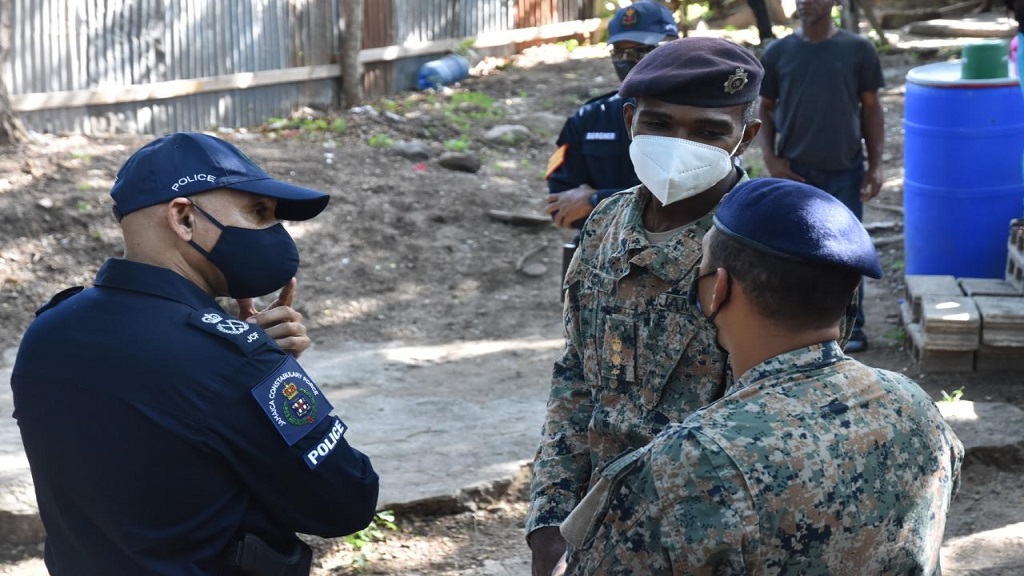 According to Chang, the violence places a strain on members of the security forces who he said have to do long hours in a difficult physical environment, including facing gunmen with heavy weaponry.

The minister said the Government is trying to disrupt the criminal underworld’s gun trade from Haiti and Costa Rica, which is affecting the murder rate of the island. In recent weeks, some Jamaicans seeking to purchase guns have been killed after negotiations soured. 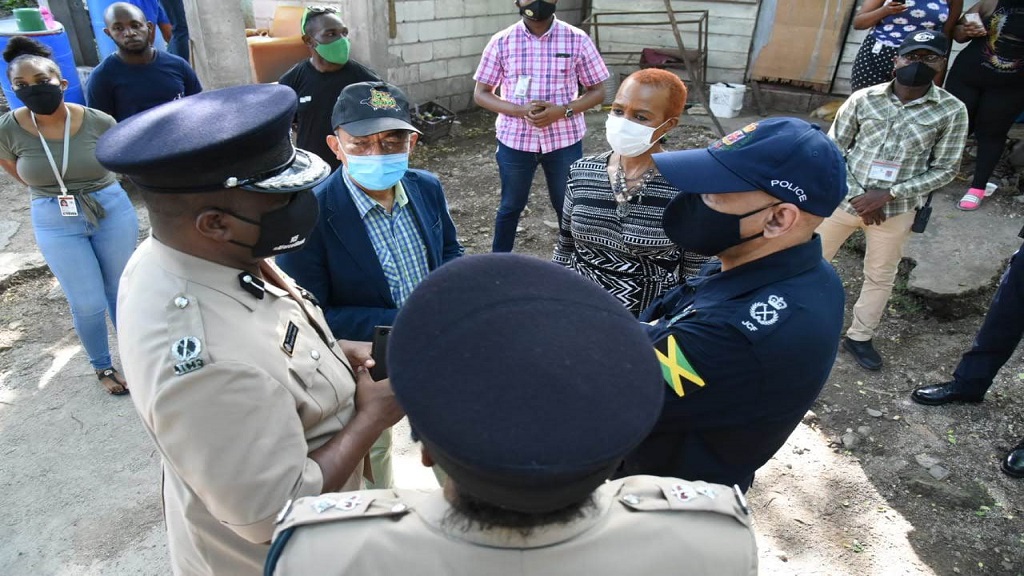 “There is just absolutely too much violence in Jamaica. We settle our differences, whether criminal or otherwise with violence. We are committed to finding a way to reverse that trend,” said Chang.

Williams said family members of Bogle and the whole August Town community have been left heartbroken because of her death. And thus the visit by members of the Government and security forces was to give assurance to law-abiding citizens of the community that they will be protected.