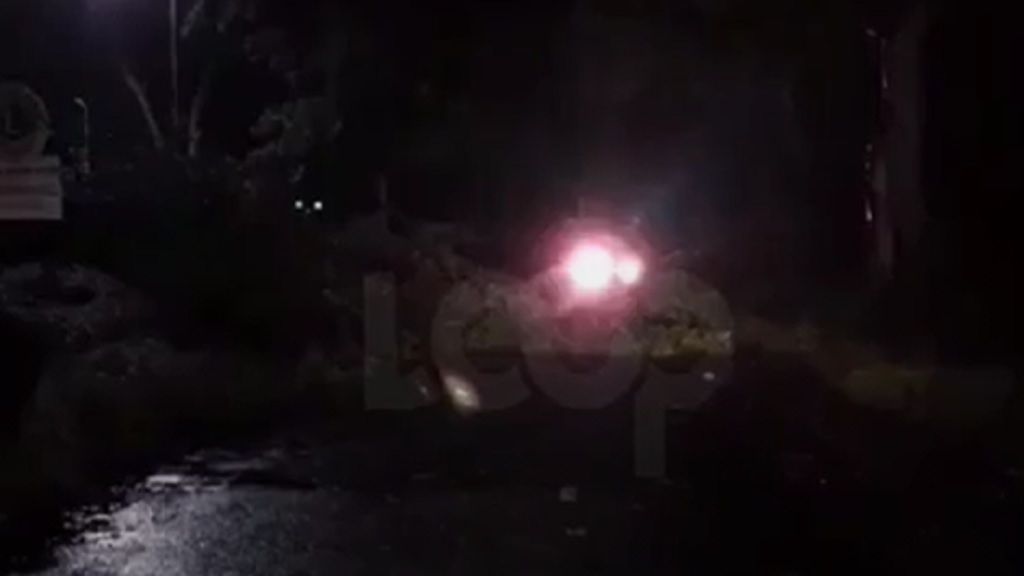 A screengrab from a video of a fallen tree blocking the way to the August Town community in St Andrew on Wednesday night.

Motorists traveling along Mona Road to August Town and surrounding areas In St Andrew were left stranded on Wednesday night after a large tree fell and blocked the major and lone thoroughfare to August Town.

Reports are that the tree broke as heavy winds caused by a tropical wave that started to affect the island from as early as Tuesday, impacted the area.

There were also reports of a utility pole being uprooted from the ground in the Skyline Drive community in St Andrew.

The Meteorological Service of Jamaica (Met Service) On Monday sent out a release advising the public to brace for increased rainfall which was expected to begin to affect the island on Tuesday night as a result of a tropical wave located across the central Caribbean.

According to a news release from the Met Service, the tropical wave was forecasted to move into the Jamaican area from Wednesday.

"Projections are for cloudy conditions with periods of showers and thunderstorms, which may be heavy at times, along with gusty winds, to affect sections of most parishes, starting late Tuesday night, and continuing through to Thursday," the Met service stated.

Fishers and other marine operators were also urged to exercise caution, as sea conditions were expected to deteriorate in the vicinity of showers and thunderstorms during the period.

The Meteorological Service said it would continue to monitor the situation as long as it existed.