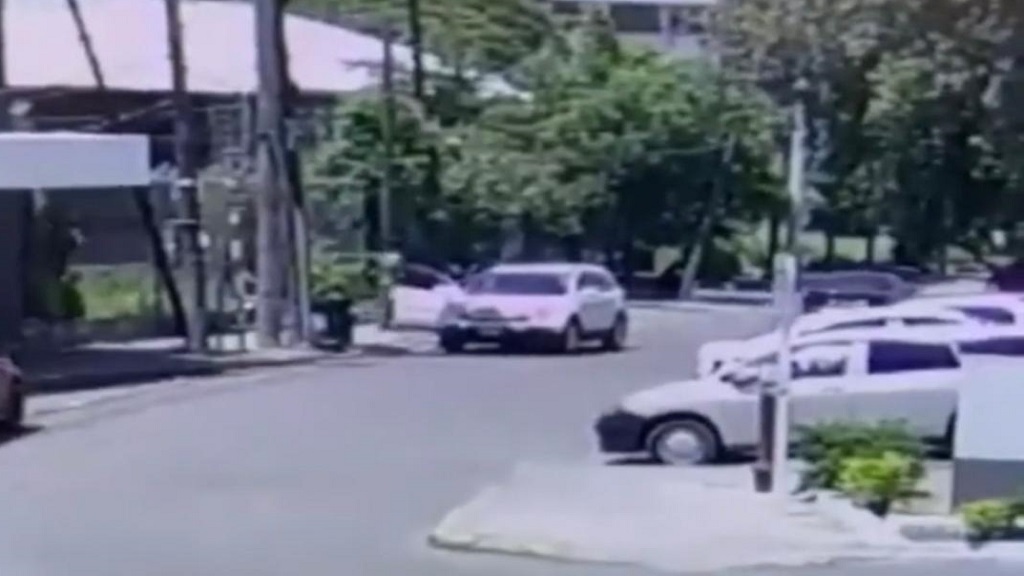 A screengrab from a video recording of the shooting of a businessman in New Kingston by gunmen on Saturday.

The police have launched a manhunt for two men who attacked and shot a businessman in a brazen daylight attack in New Kingston on Saturday.

Reports are that the businessman parked along Dominica Drive in the commercial hub close by where the police post is or was operated, and went to buy from a nearby food outlet.

When he got back to his vehicle, he was attacked.

Sources suggest that the men were waiting in the area for the victim.

A tussle ensued, during which the victim was shot in the head.

The attackers then ran to a waiting Toyota Axio motorcar and left the scene.

The victim was rushed to a hospital, where he was admitted in serious condition.

Video footage of the attack that has been circulating on social media showed that while the businessman fought desperately for his life, the criminals continued to tussle with him in clear sight of several motorists who drove by.