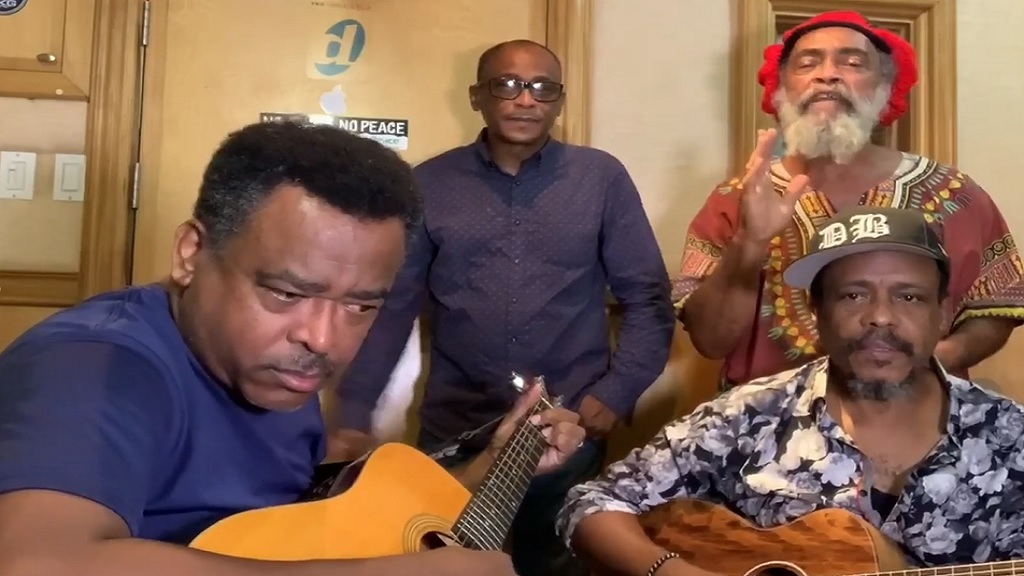 (From left) Danny, Clevie, Glen and Dalton sing for mothers on their special day.

The prolific Browne brothers – who have been a mainstay of Jamaica’s popular music product – have recorded a home video in tribute to their mother, Sylvia Browne, and by extension all the mothers in the world.

The video captures the melodious vocals of Glen, Danny, Clevie and Dalton while Danny and Dalton provide the musical accompaniment with their acoustic guitars. The musical ode is a medley of the O'Jays classic 'I Will Always Love My Mama' and 'A Song for Mama' by Boyz II Men. Its chord progression begins with the strains of Sizzla’s 'Thank You Mama'.

The Browne brothers have made a significant contribution to the growth of Jamaican music and, according to Clevie, who has produced some of Jamaica’s biggest hits, their musical foundation is due to the values instilled by their mother, who at a merry old age of 93 is still conducting piano classes and plays the guitar.

“Our mother was the main driving force in giving us the direction toward music,” he told Loop News.

“Mothers deserve our perpetual respect, love and adoration. It’s not just about a day but a lifetime of learning correct values and attitudes. We learnt from early that we must honour our mother,” he added.

Glen Browne is one of reggae music’s most accomplished bass guitarists; while Danny’s guitar skills are legendary as well as his acumen for producing; Dalton has also been a force to reckon and has played in bands supporting most big reggae acts. Clevie is also an accomplished drummer and world renowned producer.

Listen and enjoy as the Browne Bunch salutes our mothers in this exclusive Loop News video edited by Shawn Barnes.

A view from the outside: Let’s all hail Jamaican mothers