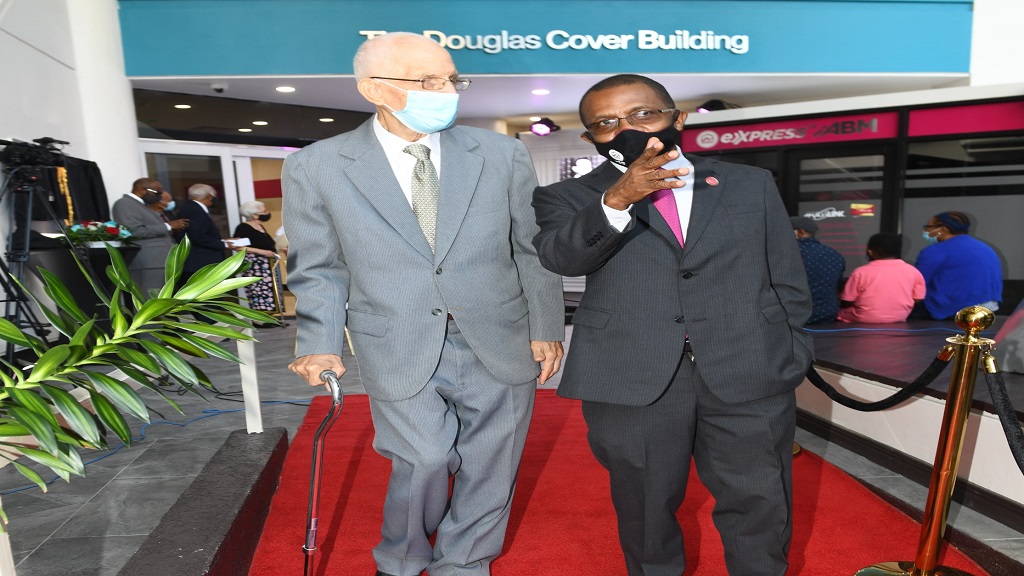 Under Cover’s leadership, VM also broadened the range of financial services beyond savings and mortgages.

Cover and his team also grew the number of savers from approximately, 230,000 to 600,000 in both local and overseas markets and strengthened VMBS’ corporate citizenships through sports and national events. 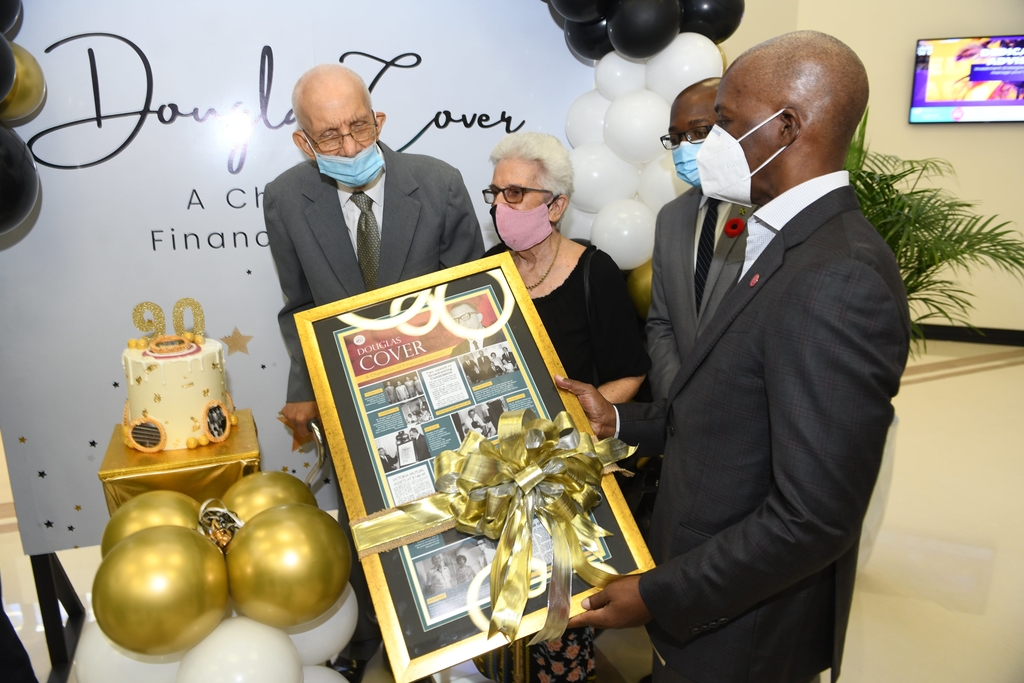 Courtney Campbell, Victoria Mutual Group, President and CEO, during the naming ceremony on November 12, said as the organisation reflected on its achievements, it was befitting to pause and recognise the ground-breaking contributions of its pioneers.

“The Douglas Cover Building will long stand as testimony to the value of honest, hard work, done with integrity and empathy. I often tell people that VM is buzzing and the energy really is palpable, as we continue to help transform lives and foster greater financial inclusion”, said Campbell.

Campbell added: “As we in VM energetically pursue our bold ambitions, we need to ponder and be inspired by the ‘rock’ of our noble purpose, plus the ‘quarry’ of the ground-breaking work done by previous generations of VM Team Members. From 1878, our purpose has been to empower our Members to achieve Financial Well-being. We regard it as a divinely inspired purpose. We are pioneers of financial inclusion. By any measure, tremendous achievements in this drive towards greater financial inclusion were realised during Douglas Cover’s 19-year tenure as general manager.”

A spirited Cover, who also celebrated his 90th birthday on the day, reflected on his tenure at VM in addition to the opportunities and support he received from others in the organisation that led to his success.

“It is interesting how life turned out. I never would have thought that starting out I would have risen to become the general manager of the institution. But here we are many years later, and I am just thankful and that I can rejoice in this day,” Cover said.