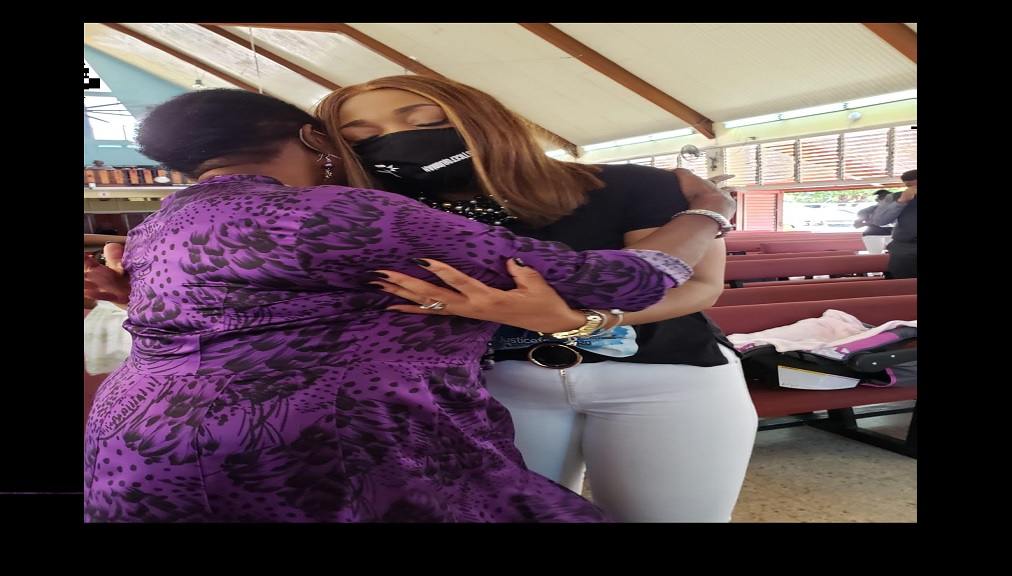 Jodian Fearon, the first time mother who died after being denied access to health care in April, was on Saturday remembered as a caring and kind individual whose love for family and friends knew no boundaries.

The thanksgiving service to celebrate the life of the 23-year-old woman, who family and friends said was destined for greatness, was held at the Boulevard Baptist Church in Kingston.

At the service that began at 10 am, some family members wept openly as they came out to pay their final respects to the woman whose death triggered widespread anger and frustration among Jamaicans both at home and abroad.

One close friend of Jodian in her tribute said: “Today I say my final goodbye to a beautiful soul, a loving and genuine human being. You should be here, that’s all I can think about. Fly high Jodian."

In another section of the church, Portia Haughton, the heartbroken mother of Jodian, had to be consoled as she spoke about the huge gap that her daughter's death had left in her life.

Determined that she would not allow Fearon's death to go in vain, the mother said she would continue to fight for justice.

Haughton also used the occasion to call for legislative changes which would ensure that the situation she had to face regarding her daughter would never be experienced by any other family.

“I am confident God will give us the strength to fight for justice for Jodian the family is also seeking legislative changes which will ensure that this painful situation will never be encountered by any other family,” said the mother.

Reports from family members are that Fearon died on April 24 after a journey that saw her travelling across the Corporate Area and being denied access to health care at several of the island’s major hospitals.

She was initially suspected to have COVID-19 but subsequently tested negative for the infectious disease.

According to family members, Fearon arrived at the privately-run Andrews Memorial Hospital on April 23 and was being prepared for the delivery of her daughter.

Reports are that she was transferred the following morning to Spanish Town Hospital in St Catherine after requests for transfers to the University Hospital of the West Indies (UHWI) and Victoria Jubilee Hospital reportedly fell through.

It is alleged that the staff at Andrews Hospital refused to treat her because she was suspected to have contracted COVID-19. The hospital has since refuted this claim.

Following the delivery of her baby at Spanish Town Hospital, Fearon was transferred to the University Hospital of the West Indies after reportedly developing complications.

She died later that day.

Her death has since triggered national outrage. A criminal investigation has since been launched.