VIDEO: The ‘Queen’ and ‘Dowey’ are engaged! 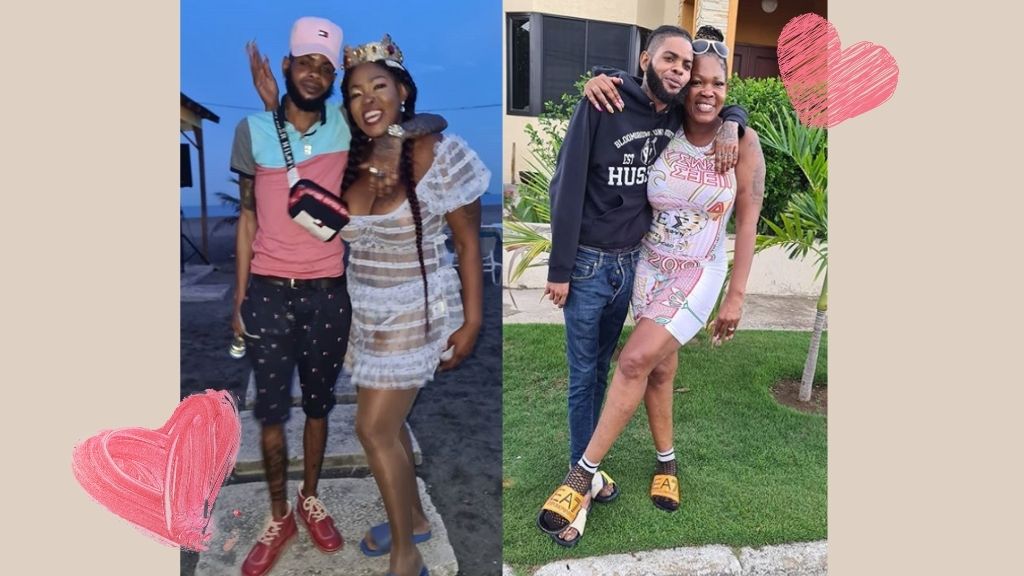 In these photos posted to her Instagram page @queenladi_gangsta, Queenie and Dowey are seen embracing each other lovingly.

Followers of the Instagram sensation Queen Ladi Gangsta can ‘say yes’ ’cause they’ve been blessed to witness the ‘Queen’ and her beau du jour ‘Dowey’ get engaged on IGTV.

The firecracker personality, also known as ‘Queenie’ became popular on social media in the early 2000s when a video was released showing her ranting about a possible altercation at a dancehall session.

It’s been said that Queenie was already a staple in the dancehall scene locally, and in the UK, where she resides.

Later, Queenie’s cool points increased when she appeared in another video ranting about her professional life or lack thereof.

In this video, that quickly became popular on social media, Queenie was accused of shoplifting, and in the rant, she exclaimed ‘I’m not a thief, I’m just a shoplifter’.

The response was overwhelming, that video cemented her as the so-called ‘queen of Instagram’ along with countless other hits.

‘Mi glad yuh see God’, ‘Up like seven!’ and ‘Say yes ’cause yuh bless!’ are some of her more popular catchphrases, until Double Tap was released.

The infectious song, a collaboration with UK-based rapper/producer 100%Silks, proved Queenie was more than just a personality, but now a recording artiste.

Double Tap was indeed her first single, a women’s empowerment anthem to some, and to others, a song to get the party started. It seems anything Queenie touches turns to gold.

She is most recognised for her daily posts, whether they are rants, party promotions, or words of inspiration to her fans worldwide.

She flips on the camera just about anywhere she is and the show begins.

Now the cameras are affixed to her relationship with her 20-something boyfriend ‘Dowey’.

Since her last relationship, Queenie, as she’s affectionately called, experienced a brief bout of heartache with her ex ‘Ziggy’, before she met and started anew with ‘Dowey’ aka Konnection Boss.

The relationship is blissful it seems, as the two share their affection openly, and have worked together on a few ventures including new music.

The Konnection Boss facilitated a studio session with Queenie and Guard Up deejay Insideeus, who’ve created an unreleased track.

Queenie is a resident of the UK, who frequently visits The Rock to see her mother ‘BJ’ Walker and boyfriend Dowey in Portmore, St Catherine, where she grew up.

The hot issue: Summer swim for everyone!