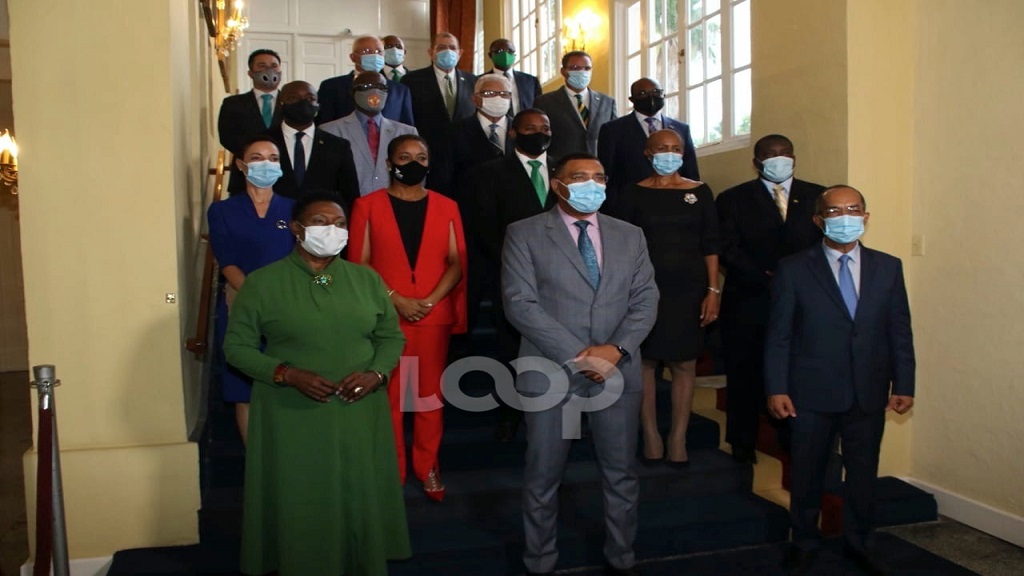 Prime Minister Andrew Holness has implored his ministers to exhibit the highest standard of discipline and integrity in the discharge of their duties under the new administration.

Speaking at the swearing-in ceremony for 14 ministers at King’s House on Sunday, Holness used a quote attributed to former US President Abraham Lincoln to set the tone of his message to the new Cabinet. It states, if you want to test a man’s character, give him power.

“We are at an inflection point, a turning point and a tipping point. Something new and good and powerful can happen in our country by our actions, if we decide as ministers to exercise the power and authority vested in you by these instruments, with the highest level of integrity, dignity and efficiency.

“Something good can happen in our nation, but it depends on what we choose to do before the electorate chooses to do what they must,” Holness told the 14 new ministers who will join four others, who were sworn in last Monday, in the 19-member Cabinet.

According to Holness, he expressed to the new ministers on Friday, before the list was made public, that he was very pensive, as he knows their character will be tested with the large majority the ruling Jamaica Labour Party now holds in Parliament. He said this will make his job as prime minister more difficult to ensure that the Cabinet and the government stay in line with the expectations of the people.

Holness added that, while he pays attention to public opinion, it was not easy for him to select the ideal person for the various ministries due to the constitution of Jamaica. According to Holness, the constitution only allows four appointments through the senate and the others had to be elected by the people in Jamaica’s Westminister style of government.

“Ministers in our system are not expected to be subject experts. The public, however, does have a view that the prime minister should, as far as possible, select persons who display great competence in the subject area of their appointment. The challenge is that the people who are elected are not always subject experts,” Holness said.

Nine state ministers will be sworn into office on Monday.