The United Islands of Jamaica: the ones you probably never heard of 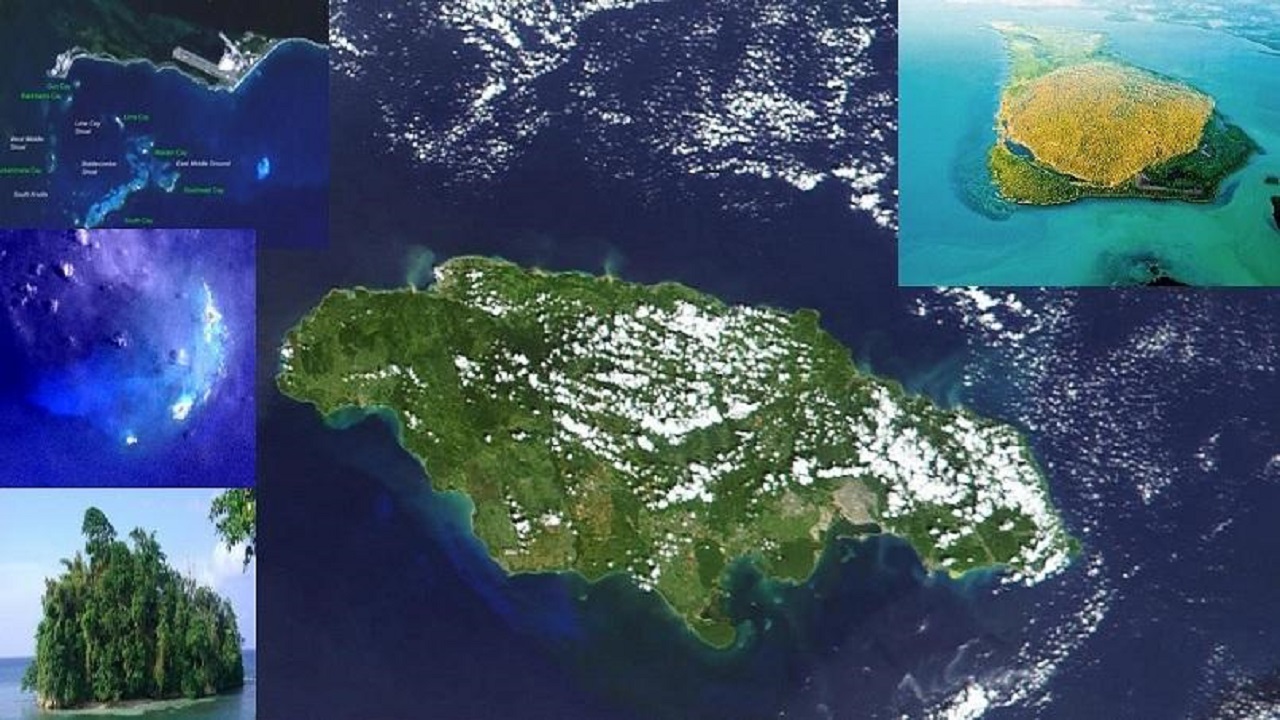 Jamaica is the third-largest island-state in the Greater Antilles, and the only surrounded entirely by the Caribbean Sea.

A fact we as citizens have known for hundreds of years; but did you know that Jamaica isn’t a single island?

In fact, Jamaica is the main landmass of a 28-island archipelago! An archipelago, by its geographic definition, is a chain, cluster or collection of islands.

Indeed, some of these islands are no larger than a small field and are mostly exposed masses of sand, grass and coral jutting up from the depths of the Caribbean Sea; but don't let the size trick you, they all hold some importance.

There are several that are temporary habitats for migrating species of birds, fish and sea mammals that enter our warm Jamaican shores.

According to relevant provisions of the 1982 United Nations Convention on the Law of the Sea (UNCLOS) into our domestic law – the Exclusive Economic Zone (EEZ) Act and the Maritime Areas Act came into force in 1991 and 1996 respectively. In accordance to these acts, an imaginary boundary extends some 200 miles outward from land, all of which belong to the country.

This ‘archipelagic baseline’ basically is an imaginary line which circles all the islands and drying reefs that comprise the archipelago of Jamaica.

The boundary crudely runs all along the north coast from Morant Point to the South Negril Point where it departs the coast to Southwest Rock.

With 10,990 square kilometres in area, there isn’t much that Jamaicans don’t’ know about our world-famous island home, but what about the rest of our relatively isolated smaller islands?

Navy Island, Booby Cays, Port Royal Cays, Perdo Cays, Cabarita Island, Morant Cays, the Goat Islands and Needles are just a few names of the many offshore lands that lie within our boundaries.

But what do you know about them? Loop News presents some interesting tidbits about the archipelago of Jamaica:

2. Pedro Bank is a large bank of sand and coral, partially covered with seagrass, about 80km southwest of Jamaica, rising steeply from a seabed of 800 metres. Pedro Bank was originally named La Vibora (the Viper) by Spanish mariners because its shallow reefs, rocks and shoals are laid out in the shape of a gigantic serpent.

Today, the Bank is known for its economic and cultural importance as the main harvesting ground for Queen Conch in the Caribbean. Pedro Bank is highly valued by the local fishing community who have been operating on the Bank and using its small cays as a base since the 1920s.

3. Great Goat Island is located less than a mile southwest of Hellshire Hills and located within the Portland Bight Protected Area.

The island, as of September 2013, is being considered as the base for a Chinese funded logistics hub.

On September 2, 1940, the United States obtained a 99-year lease on Little Goat Island under the Destroyers for Bases Agreement with the United Kingdom.

5. Navy Island is a 64 acre-island off the coast of Port Antonio, formerly owned by actor Errol Flynn.

Until fairly recently, the island has been maintained as a tourist resort and attraction, with a club bar, beaches, water sports facilities, marina, wedding chapel and African style cottages.

Originally, the island was given to Governor Lynch for services to the British Crown and named ‘Lynch’s Island’.

Subsequently it was used by the Royal Navy for a gun battery at the eastern end to complement the fort built on the mainland.

6. The Port Royal Cays are a small group of uninhabited islands off the coast of Port Royal in Kingston.

The eight islands are arranged in the shape of an atoll with a diameter between 4 and 5 km, and a total area of 12 km².

Gun Cay, the northernmost, is only 400 metres from the Jamaican mainland.

The main cay is Lime Cay, on the north-eastern rim. Lime Cay measures 380 metres northwest-southeast, and is around 80 metres wide, measuring 2 hectares in area. About half of the island is wooded with dense shrubbery, while the rest is sand and coral. On the western beach is a wooden hut.

7. The Morant Cays are an offshore island chain 51 kilometres south-southeast of Morant Point in St Thomas

In fact, the cays are one of two offshore island groups belonging to Jamaica, the other being the Pedro Cays, and consist of four small islets grouped closely together along the south-easternmost edge.

Morant Bank has an approximate are of about 100 km², with the aggregate land area of the four cays being roughly 39.5 acres.

The cays are mostly uninhabited but seasonally visited by fishermen, and fronted by highly exposed reefs over which the sea constantly breaks. The islands have sparse vegetation and are a seabird rookery and turtle nesting area.

Annexed in 1862 by the United Kingdom, the Morant Cays were added to Jamaica in 1882.

8. The Santamaria Island is a small landmass is located off the coast of Oracabessa in St Mary.

Frequently visited by the local fishing community, the estimated elevation above sea level is 4 metres.

9. Pigeon Island is one of the prized gems along Jamaica’s south coast.

Able to be seen and accessible from Mitchell Town in Clarendon, and Moores Pen in St Catherine, Pigeon Island is prized for its powdery white sands and best known for its snorkelling possibilities.

The island also has a prolific reef ecosystem; teeming with fish, turtles and even the blacktip reef shark.

It is a favourite among members of the Royal Jamaica Yatch Club, which has hosted multiple beach lymes near the island.

10. Emerald Island is another so-prized landmass off the coast of St Thomas.

Just close to 3 kilometres from Bowden Bay in the parish, the island’s reefs have been a successful habitat for many species of fish, turtles and crustaceans; and as such is worth its weight in gold by fishermen.

Emerald Island is also a ‘Mecca’ for angling enthusiasts from North America and has been named one of the best fishing and outdoor experiences this side of the Western Hemisphere.