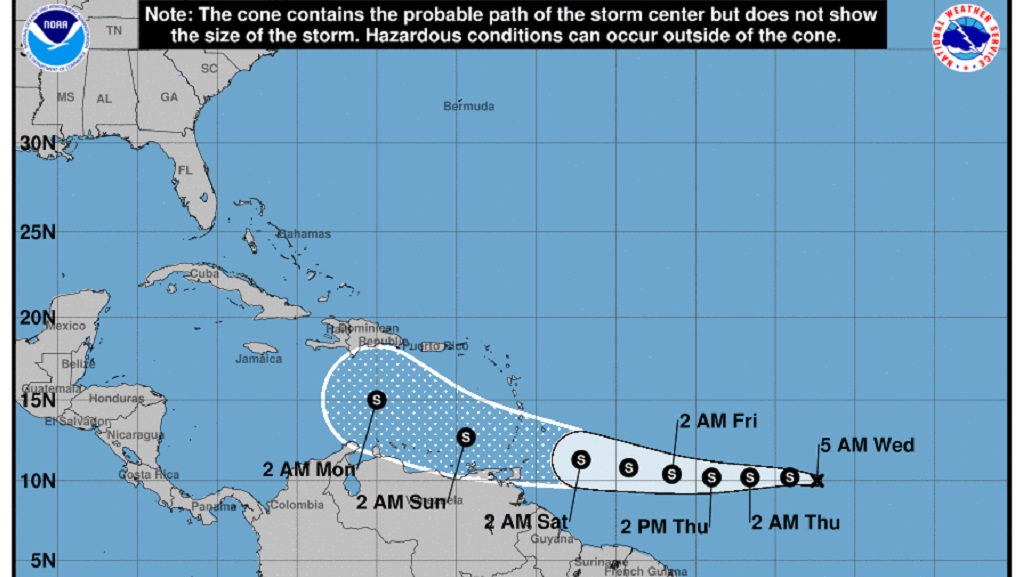 Caribbean islands are on the alert ahead of approaching Tropical Storm Gonzalo.

The US National Hurricane Center said in an update Wednesday morning that tropical depression seven developed into Tropical Storm Gonzalo in the middle of the Atlantic Ocean.

This sets a record for the earliest named seventh tropical storm of the Atlantic hurricane season.

The NHC said the depression was centred Wednesday morning about 1,250 miles (2,010 kilometres) east of the Southern Windward Islands, with maximum sustained winds of 45 mph (75 kph), moving west-northwest at 12 mph (19 kph). 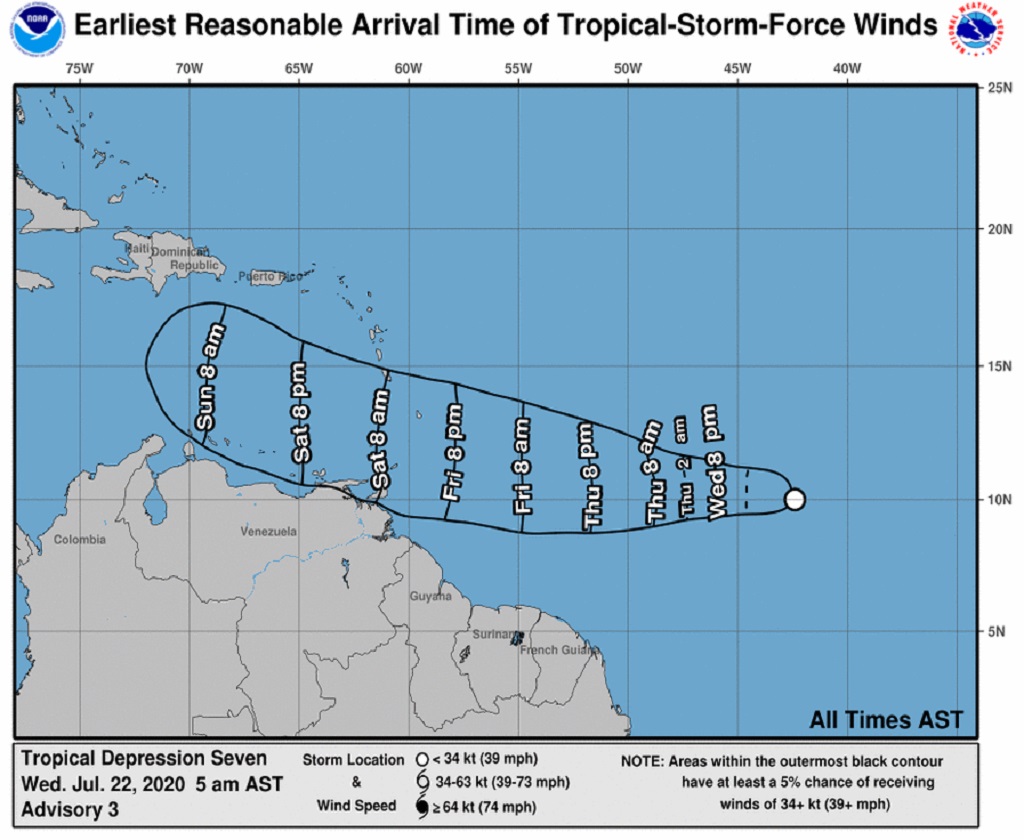 Gonzalo remained offshore, on a path that could eventually take the storm into the lower Caribbean Sea by this weekend.

Trinidad and Tobago’s Meteorological Service said Gonzalo should pass north of the islands on Saturday morning.

Wind probabilities show Barbados, St Lucia, and St Vincent and the Grenadines may be affected by storm winds, however the system’s direction may change.

Caribbean islands are urged to monitor their local meteorological agencies for the latest updates.

Gonzalo's strengthening breaks a record set by Tropical Storm Gert, which formed on July 24, 2005. So far this year, Cristobal, Danielle, Edouard and Fay also set records for being the earliest named storms of their respective place in the alphabet.