Toona Ciliata to return to winning ways in Viceroy trophy 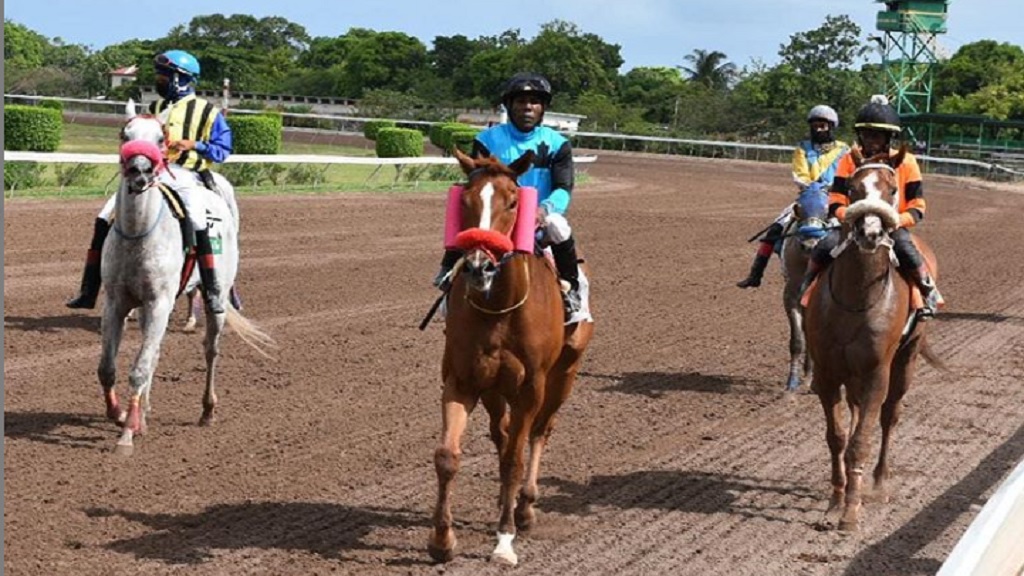 Champion trainer Anthony Nunes’ TOONA CILIATA  is all set to put his dismal fifth-place finish behind SENTIENT in the Chairman’s Trophy behind him on Saturday when he renews rivalry with Gary Subratie’s in-form runner in the Viceroy trophy at a mile.

Back to his best at exercise, clocking 59.0 for five furlongs round on October 12, and an easy 1:15.2 for six furlongs last Sunday morning, TOONA CILATA now carries 126lb, only five more than SENTIENT, who he had allowed 15lb when they last met in the Chairman’s Trophy at seven furlongs.

Carrying 130lb in the Chairman’s Trophy, TOONA CILIATA ran no race at all as his Triple Crown-winning stablemate, SUPREME SOUL, tried to make all in visors fitted but was caught close home by SENTIENT.

The massive swing in weight has been dictated by the Viceroy Trophy’s distance, as opposed to the Chairman’s Trophy, a ‘trip condition’, which requires that the top-rated horse must carry 130lb whenever venturing under a mile.

SENTIENT and TOONA CILIATA are joined n the six-horse field by Wayne DaCosta’s tag team of stayer SUMMER SUN and speedster SIR ALTON. SUPREME SOUL is also back in the line-up.

Having beaten the entire field in three separate races to complete a hat-trick, SENTIENT is hunting a four-timer but has an uphill task with the weight now in TOONA CILIATA’s favour.

A top miler, TOONA CILIATA has Dane Nelson aboard, matching skills with Robert Halledeen astride SENTIENT. Top apprentice Oshane Nugent has been retained by Nunes aboard SUPREME SOUL whereas leading rider, Anthony Thomas is astride imported SIR ALTON, who had his bid for a four-timer stopped by SENTIENT on October 10 at six furlongs.

The Viceroy Trophy is the eighth of nine events scheduled. First post is noon.