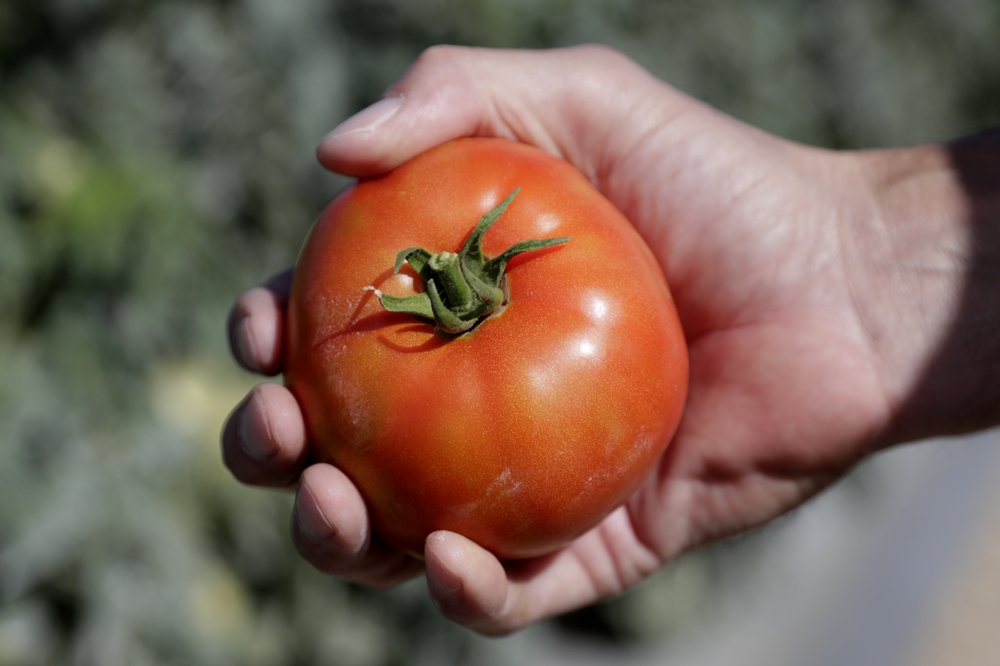 In the year of the new coronavirus, when new gardeners came out in droves to try growing their own vegetables, tomatoes were still king.

And in a twist, the respect-seeking turnip actually turned some heads.

Seed companies taking stock of what went well and what came out of the woodwork proclaimed the tomato as their top seller this year.

Specifically, at Burpee, the Bodacious Tomato was the best-selling vegetable seed.

The company calls the large, disease-resistant but pricey hybrid indeterminate tomato, which is good with sandwiches, burgers, salads and more, ‘our new superstar’.

The Park’s Whopper tomato has been an annual centrepiece for Park Seeds, ‘and 2020 was no different!’ said Kelly Funk, president of parent J&P Park Acquisitions.

At Ferry Morse, the Large-Fruited Red Cherry Tomato that fills out on tall, indeterminate vines was crowned its No 1 seller.

Obviously, tomatoes aren’t the only veggies that gardeners grow from seed. Cucumbers, peppers and beans also are near the top of consumer retail sales.

At Burpee, the biggest surprise was the Silky Sweet Turnip, which chairman George Ball said was ‘kind of mind-blowing’.

Yes, a turnip. That easy to grow but hard-to-figure-out-what-to-do-with root vegetable.

‘It’s the butt of many jokes and the bane of many appetites,’ Ball said.

Burpee’s website compares the the Silky Sweet Turnip to a reinvented apple, whose sweetness ‘makes it seductively snacky’.

Ball said Burpee bought the entire supply of the turnip variety from a breeder in Japan.

‘If you think you’ve ever had a turnip before, this is going to change your mind,’ he said. In retrospect, ‘this thing was everything we had hoped for’.

At Ferry Morse, Sears said that while the most popular vegetable and flower seeds have remained consistent every year, sales of wildflowers and lettuce increased more quickly than other seed types, a reflection of ‘gardeners trying their hands with easy and fast-growing plants’.

Lettuce, she pointed out, can be grown in a windowsill container, so it works well in apartments as well as yards.

‘There’s no doubt that gardening surged in popularity this year,’ said Sears.

‘People have sought out an escape and productive activities during quarantine, and have found both in DIY gardening projects that connect them with nature while providing food and beauty.’

Park Seed saw an influx of new customers across all age groups. Supplies that get the family involved in gardening, such as seed starting kits, were a hit, Funk said.

‘These customers are most excited about heirloom varieties and our salad bowl mix, which includes a blend of mustard greens, arugulas and lettuces,’ Funk said.

Susan Elliot, a spokeswoman for the Burlington, Vermont-based Gardener’s Supply Co., said that in more than 35 years of business, ‘it has never been this busy’.

She also said a folding bench that saves gardeners’ knees sold surprisingly well. The company remains out of stock on some of its greenhouses.

Early this year, Gardener’s Supply Co obtained additional warehouse space and built what it thought was a month of inventory of raised beds.

‘When March hit, we blew through that inventory in about a week, and the raised beds were back-ordered all summer, in all sizes,’ Elliot said.

But back to tomatoes and their varieties:

Suzan Ferreira runs a website, It’s My Sustainable Life, about organic gardening and sustainable living that ran a recent article on how to save tomato seeds for future use.

She said she grows up to 150 tomato plants every year in her garden in central New Hampshire.

‘My love of all things tomatoes has no bounds’, she said. ‘Call me the crazy tomato lady.’

While some hybrids find their way into her garden, she swears by heirloom varieties, whose seeds have not been altered from their parent plants.

Her favourite among the heirlooms is probably the Brandywine, which dates back nearly 140 years.

She also suggests hybrid indeterminate varieties such as Sungold Cherry and Black Cherry.

Ann Garlatta, a southern California organic gardener who calls herself an ‘urban homesteader’, enjoys growing Early Girl tomatoes at the beginning of the season for flavour and high yield, until the slower-paced Oxhearts and White Beefsteaks — her ‘flavour superstars’ — are ready for picking.

‘Trust me, they are worth the wait’, she said.