Thousands of tyres removed from Riverton dump under trial project 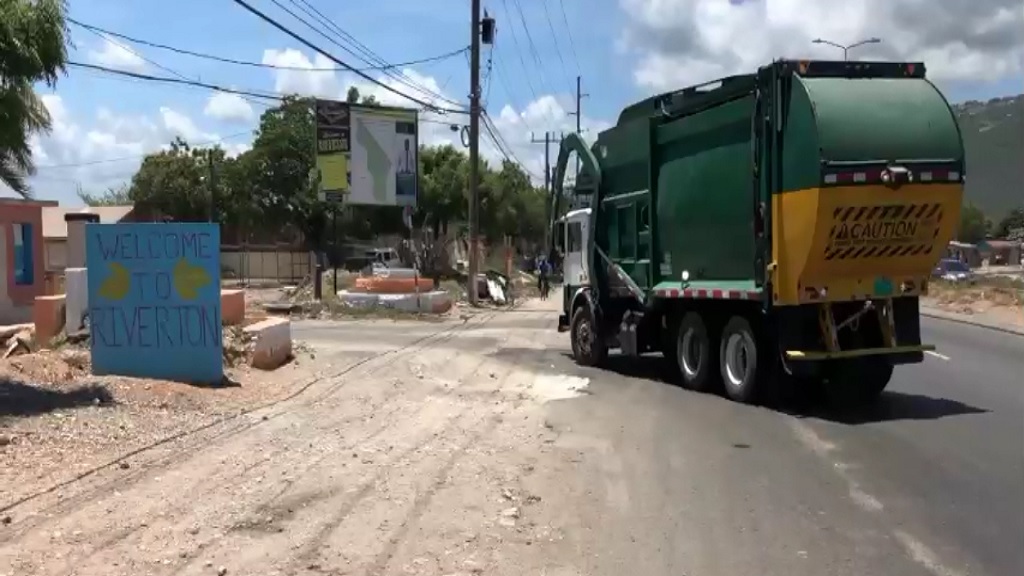 Thousands of tyres have been removed from the Riverton fandfill, under a Government of Jamaica partnership with Caribbean Cement.

Carib Cement signed a memorandum of understanding in 2019 to undertake the activity in collaboration with the Ministry of Economic Growth and Job Creation and the Ministry of Local Government and Community Development, through the National Solid Waste Management Authority (NSWMA).

Executive Director of the NSWMA, Audley Gordon revealed that the trial removal of the tyres was completed within forty days.

“The forty days, however, were not consecutive days as there were interruptions with the weather, with their facility,” said Gordon. “It is a new thing that they are doing and they too are learning as they go at that time. So what we had was a protracted 40 days.”

The Riverton Landfill has been known for several fires over the years. The tyres that are dumped at the site have been identified as a threat to the environment, mainly due to the fire hazard. Their removal is expected to decrease the possibility of combustion at the location.

“We did the trial, we did the testing and we realized we are able to start burning them [the tyres] on a continuous basis,” explained Yago Castro, the General Manager for Caribbean Cement.

The Carib Cement boss believes that all the tyres can be removed in less than ten years.

“Right now, they are just stored there and that constitutes different types of issues such as mosquitoes and fires,” he says. “We can take care of them and fully destroy the tyres and do not generate any acid at all.”

The National Solid Waste Management Authority is now awaiting the next phase of the project.