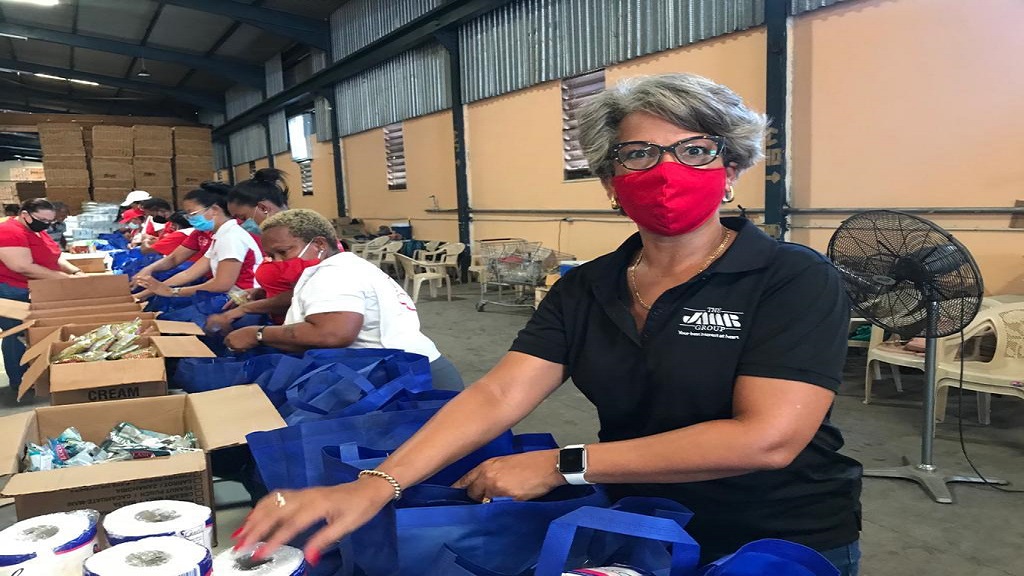 Seventy seven thousand (77,000) beneficiaries in 52 communities across the island have benefitted from the Private Sector Organisation of Jamaica’s (PSOJ) COVID-19 Jamaica Respond Fund.

Saffrey Brown, project manager of the fund made the disclosure at the Violence Prevention Alliance (VPA) Steering Committee meeting, recently where she was the guest speaker.

“The target of $250 million wasn’t met but we did raise roughly$197. 5 million and with that we were able to directly impact 77,000 beneficiaries. Many of the beneficiaries on the programme got their packages every two weeks for three months,” she informed.

Brown said that one of the successes of the programme was the mobilization of some 1,200 volunteers, which included members of the Jamaica Constabulary Force (JCF), which she said assisted in distribution of the packages and benefitted from improved relationships with members of the communities that were aided by the Fund.

“Historically, as police, they would drive into these communities to arrest somebody or oversee an operation, but part of this programme involved walking and engaging with the residents. They also reported that as a result of the interactions the trust building was improved and they were getting more information from the communities to assist in their crime fighting efforts,” she divulged.

Brown who was also the chair of the Council of Voluntary Social Services noted that the Fund donated to 46 non-governmental organisations such as Eve for Life, the Jamaica AIDs Support for Life, St. Johns Ambulance, the Jamaica Association for the Deaf, the Jamaica Society for the Blind, among other groups.

In addition, 43,000 masks were donated to vulnerable communities and organisations that were on the frontline in the fight against COVID-19. This was made possible through a partnership with NovaMed and American Friends of Jamaica

Some 122 local organisations and individuals contributed to the Fund with another 949 overseas donors. Brown said the fund is in the final month of operation and will be doing its last set of activities which involve food kitchens through the Jamaica Council of Churches.

Professor Elizabeth Ward, chair of the VPA commended the work of the PSOJ COVID-19 Response Fund and noted that it reflects the backbone of Jamaica and what can be accomplished when Jamaicans pull together, use science, use a targeted approach and report effectively on what they are doing.

The PSOJ COVID-19 Jamaica Response Fund was an integrated national response to the onset of the COVID-19 pandemic in Jamaica. The Fund aimed to meet the needs of citizens and mitigate the threats associated with the pandemic by distributing aid to individuals and areas that needed it the most.