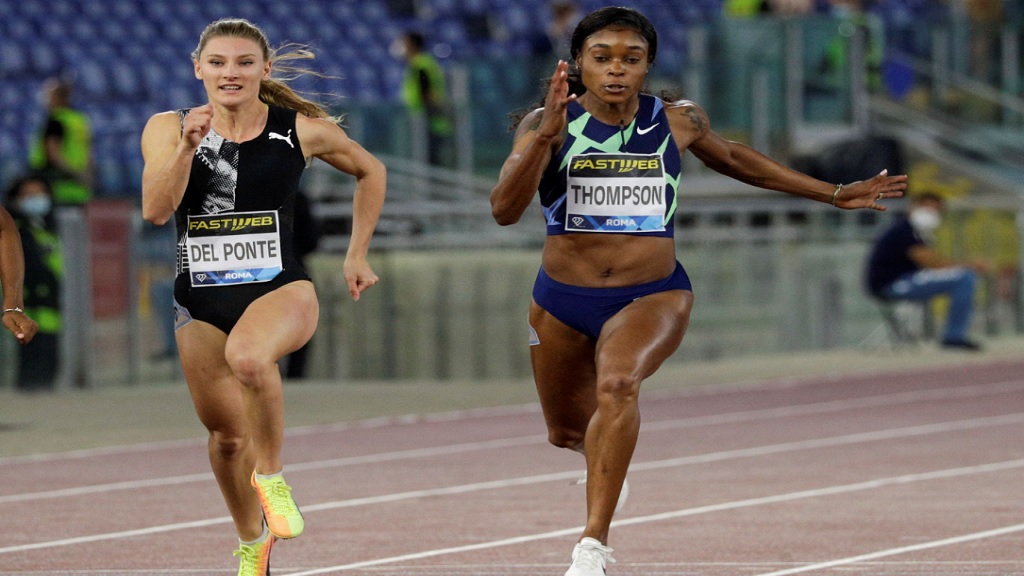 The two women have met at this meeting on two previous occasions. Thompson-Herah triumphed over 200m in 2017, clocking 22.19 into a -2.3m/s headwind with Ta Lou placing third.

They clashed again one year later, this time over 100m, and Ta Lou came out on top, running 10.85. Thompson-Herah was third on that occasion.

But the last time they were at the Khalifa Stadium in Doha was for last year’s World Championships, where Ta Lou took 100m bronze, just 0.03 ahead of Thompson-Herah.

This will be the second race between the two in eight days. The Jamaican is in good form. She returned to international competition in sizzling form last Thursday, setting the fastest time of the year over 100m, with 10.85 in Rome - the third stop on the Diamond League circuit.

That time took her just above her compatriot, rival and fellow Olympic gold medallist Shelly-Ann Fraser-Pryce, who has a best of 10.86 this year

Thompson-Herah is delighted to have found her best form again after three years dogged by injury. She finished almost three metres clear of runner-up Aleia Hobbs (11.12) and Ta Lou (11.14).

Two other Jamaicans are also down to compete in Doha. Julian Forte will compete in the men's 200m and Yanique Thompson in the women's 100m hurdles.