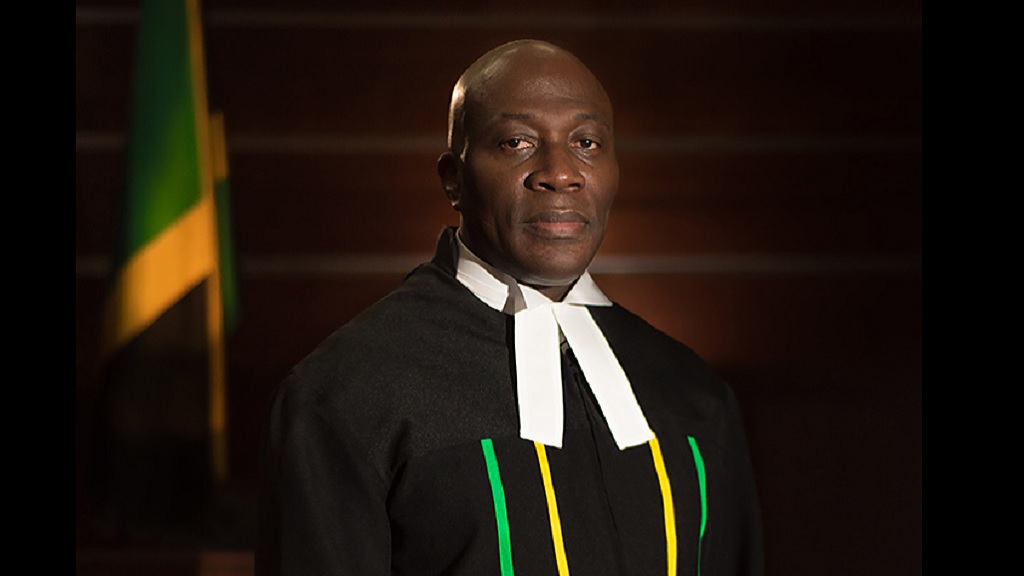 Chief Justice Bryan Sykes is urging Jamaicans to condemn the actions of persons who have taken to social media to issue threats against judges in the wake of last Friday’s Supreme Court ruling regarding the constitutional rights of the now seven-year-old girl who attends the Kensington Primary School in Greater Portmore, St Catherine.

Jamaicans have reacted in anger at the ruling by a three-judge panel which found that the girl’s constitutional rights were not breached when the school administration insisted that she either cut her locks or be withdrawn from the school.

In a statement issued Tuesday, Sykes said the abuse of judges via social media and other platforms must be deplored.

“This practice is to be condemned,” the Chief Justice stated.

According to Sykes, “Members of the public should appreciate that our system of litigation is one in which there are two or more parties and they may not all be of the same view.

"In those circumstances, judges will have to decide which party is successful. It necessarily means that some parties will be unsuccessful”.

Sykes added that there will be cases of high public interest and views may be strongly held.

“Judges cannot decide cases on the basis of their personal views,” he insisted.

The head of the judiciary cautioned that the abuse of judges presents a grave threat to judicial independence and sets the stage for democracy to be undermined.

“The publication of pictures of judges in a context where violence is being suggested is unacceptable. While expressing disagreement, members of the public are urged to demonstrate restraint,” he said while stating that the judiciary accepts and welcomes criticisms.

On Monday, the Supreme Court issued its 60-page judgment outlining why the child’s constitutional rights were not breached and why Kensington Primary had a right not to grant her a place at the institution. The court said the child had no right to attend that particular school as she can be enrolled elsewhere. It also noted that she was not denied entry on religious grounds.

See below the full statement issued by the chief justice:

The Judiciary of Jamaica is a co-equal arm of government and is essential to establishing and maintaining Jamaica as a free and democratic society.

The events of the past two weeks have been instructive.

They serve as a reminder that before comment is passed all the relevant facts must be obtained.

It is one thing for laymen who rely extensively on the media for their information to form opinions about judicial decisions based on what they have heard from the media.

It is quite another thing for the Judiciary to be accused of deciding some cases on bases other than the law, evidence, and submissions presented to the court.

Criticism of judicial decisions is welcomed and an essential part of any democracy.

The criticism, however, ought not to get to the point where it is suggested or implied that Judges have put aside the law ‘both procedurally and sometimes substantially’ such that ‘matters are determined other ways.’

All Judges of the Court of Appeal, the Supreme Court, and the Parish Court have undertaken to discharge their functions according to the Constitution and laws of Jamaica.

That is an obligation that all Judges take seriously.

The Judiciary does not know of any case in which any Judge at any level decided cases in the past or present without any reliance on the law, evidence, and submissions made to the Judge.

Judges have been and are committed to deciding cases without fear, favour, malice or ill-will based on the law, evidence, and submissions presented before the court and not opinion regardless of the eminence of the person from whom that opinion comes.

As part of their judicial function, judges are obliged to set aside their personal views and to take account only of the law, facts, and arguments made in court.

Judges must ignore public opinion and render decisions that may be unpopular.

To say that Judges put aside the law and determine matters in other ways does not enhance confidence in legal processes.

Threats to members of the judiciary

The abuse of Judges by way of social media and other platforms is to be deplored. This practice is to be condemned.

Members of the public should appreciate that our system of litigation is one in which there are two or more parties and they may not all be of the same view.

In those circumstances, Judges will have to decide which party is successful. It necessarily means that some parties will be unsuccessful.

There will be cases of high public interest and views may be strongly held. Judges cannot decide cases on the basis of their personal views.

Abuse of Judges presents a grave threat to judicial independence and sets the stage for democracy to be undermined.

The publication of pictures of Judges in context where violence is being suggested is unacceptable. While expressing disagreement, members of the public are urged to demonstrate restraint. As stated earlier the Judiciary of Jamaica accepts and welcomes criticisms.

That is necessary in any healthy democracy. However, the criticisms should be informed by a knowledge of all the relevant facts.

What is unacceptable is abuse and threats being issued against Judges who are doing their duties by upholding the constitution of Jamaican.

The role of members of the legal profession

Additionally, the Judiciary is concerned and disappointed that some members of the legal profession are not heeding the long-standing practice of not discussing cases in the press until the matter is concluded and the misrepresentation of the rulings of the court.

Any discussion in the public sphere by attorneys at law, especially those involved in the cases, should be measured and proceed on the basis of accurate and reliable information.

The exchange that takes place between counsel and judges is not an authoritative pronouncement of the final position of the judge on the matter before the court.

Until the judge indicates his/her final position in the form of reasons for decision no determination of the issue has been made.

Misguided zeal based on factual inaccuracies may contribute to the Judiciary and the legal profession being brought into disrepute.

Role of the media

Finally, the judiciary is urging members of the media to be guided by the code of ethics for journalists and to fact check information for truthfulness and accuracy rather than seek sensationalism. Responsible journalism is one of the hallmarks of a truly democratic society.

This Division of the Supreme Court manages and responds to queries and concerns raised in the media and by private individuals regarding the judiciary.

In the past, the division has responded to and continues to respond to the informational needs of all as it relates to the operations, processes and procedures in all our courts.

A Media Protocol from the Judiciary will be launched soon and it will detail how and from whom information may be obtained from the judiciary.

The Judiciary is not mute nor without a voice, and our engagement in the press, certainly in the past two years is a testimony to that.

The judiciary, however, will not engage in discussions or public comments without the benefit of the relevant facts.

The judiciary of Jamaica remains committed to upholding the rights of all Jamaicans and to playing its part in building a justice system of which all can be proud and becoming the best in the region and being among the best in the world.