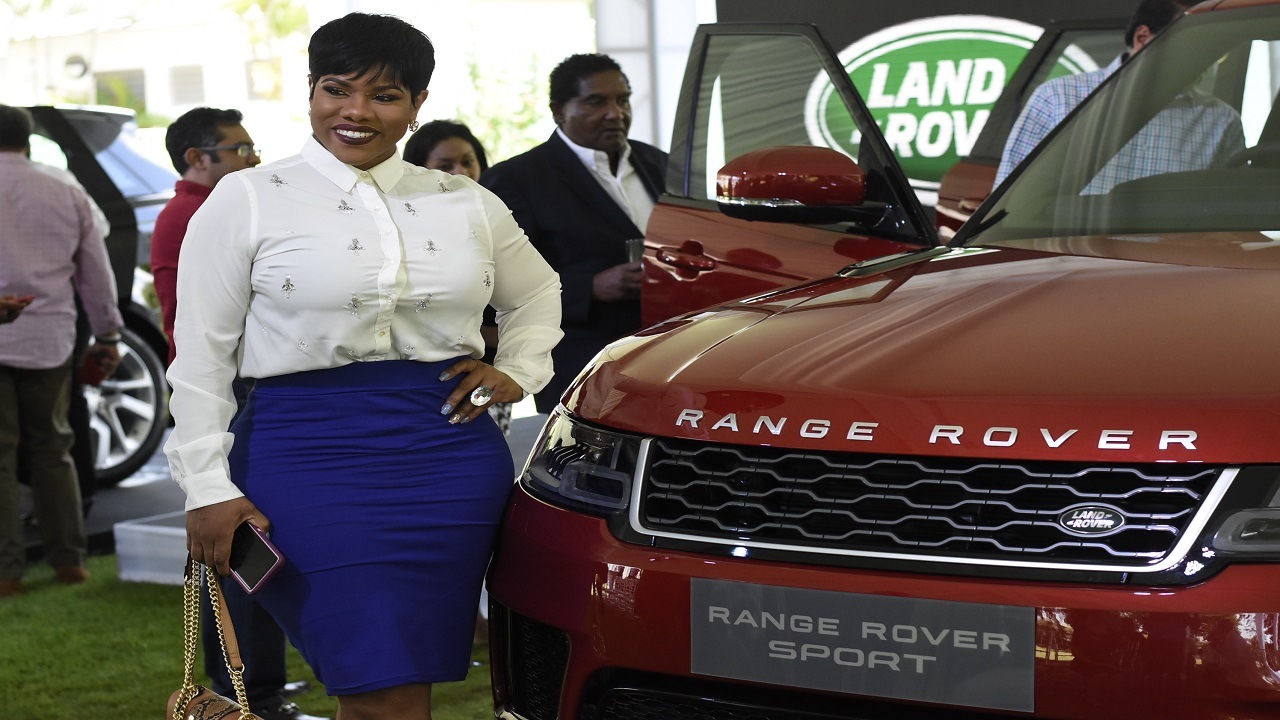 In front of specially invited guests, the new fleet of the Jaguar Land Rover’s Range Rover Sport SUV was unveiled to the Jamaican consumers, with the wherewithal to purchase the luxury British-made vehicle.

According to Matthew Stevenson, Stewart Automotive Group’s sales manager, Jaguar Land Rover has made minute changes to the Range Rover Sport that will make travelling in the vehicle even more comfortable.

He said that while the Range Rover Sport has kept its striking exterior design, Land Rover Jaguar has given it more dynamism with a contemporary look and feel.

This includes a revision of the front and rear bumpers with the biggest change being the rear bumper integrated into the exhaust finishers. Also, the grille, bonnet and fender have also been adjusted as well as the wrap-around LED lights.

The noticeable change to the interior is the reimagining of the signature cockpit with the sunroof now being able to adjust with the ‘flick of the wrist’. Also, more leather has been added.

According to Stevenson, these are just some of the features that make the Range Rover Sport the ultimate SUV, describing his three main reasons as the vehicles’ breadth of capabilities, its perfect balance between performance and capability, and its ultimate progressive spirit.

In further explaining, Stevenson said that what he means by the breadth of capabilities is the fact that the vehicle is able to manoeuvre on various terrains, with a revolutionary terrain response system.

With regards to being the perfect balance between performance and capability, Stevenson said, “the Range Rover Sport is an all-rounder in every sense of the word and if you ever have the pleasure of driving one, it gives you a feeling of complete confidence that is unmatched.

“This creates an emotional connection with the car and it delivers on a promise of being the perfect fit for ‘me’,” Stephenson said.

He explains that what he means by the ultimate progressive spirit is that each generation exudes an immediate initial attraction to the vehicle on their first ever sighting.

Meanwhile, Nick Astbury, who was acting in the capacity of High Commission to Jamaica, with Asif Ahmad in England on official duties, said that the Jaguar Land Rover vehicles have always been a favourite of British High Commissions.

He said that while the High Commissioner’s official vehicle is a Land Rover Discovery, the Range Rover Sport is the seventh best-selling British car worldwide.