Gary Watson decided to protect his farm with a little-known product that is relatively new to the island. Photo contributed.

Twelve years ago, while Gary Watson worked at his nine-five job, he became extremely frustrated as he realised that his sole income source would never afford him the lifestyle he always dreamed of where he could comfortably support his family.

Considering this, he decided to pursue a career in farming given his extensive training in the agriculture industry and access to 12.5 acres of land. Today, he operates his successful banana farm, where he also cultivates coconuts, breadfruits and papayas in Highgate, St. Mary.

A trough across the central Caribbean dumped extremely heavy rainfall for four days in the island in May 2017 leaving several areas in most parishes without water and power as widescale damage included loss of bridges, multiple damaged roads and marooned communities.

But this wasn’t the first time that he has experienced loss at this scale. Jamaica’s annual rainy season usually threatens to devastate his crops as banana farming, albeit popular in the island, can prove to be an unstable endeavor as the crop is notoriously known to be very susceptible to wind and water damage. Watson said,

“During the first six years of having a farm, I encountered four hurricanes that wiped out at least 80 per cent of the farm. I was very frustrated and wondered if this would make any sense,” Watson said.

The difference this time, however, was how he decided to protect his farm with a little-known product that is relatively new to the island.

The Livelihood Protection Policy (LPP) is GK Insurance’s (GKI) newest micro-insurance product aimed at small-scale entrepreneurs such as fishermen, taxi drivers and domestic workers. The company, which functions as the insurance arm of the GraceKennedy Group, has recently become the first in the island to offer an insurance scheme targeted to micro small and medium enterprises for the purpose of assisting with recovery after the effects of a storm or hurricane. It is especially beneficial for farmers across the island as climate change continues to impact the Caribbean causing even more frequent storms.

“Generally, the product is targeted mostly to persons in an informal trade who are not guaranteed a salary every month. Since it’s a new product here in Jamaica, we’re still taking some time to get everyone exposed to it. The agriculture sector, more than any other, sees the need for it,” Jordon Tait, Manager – Innovation and Risk at GK Insurance. 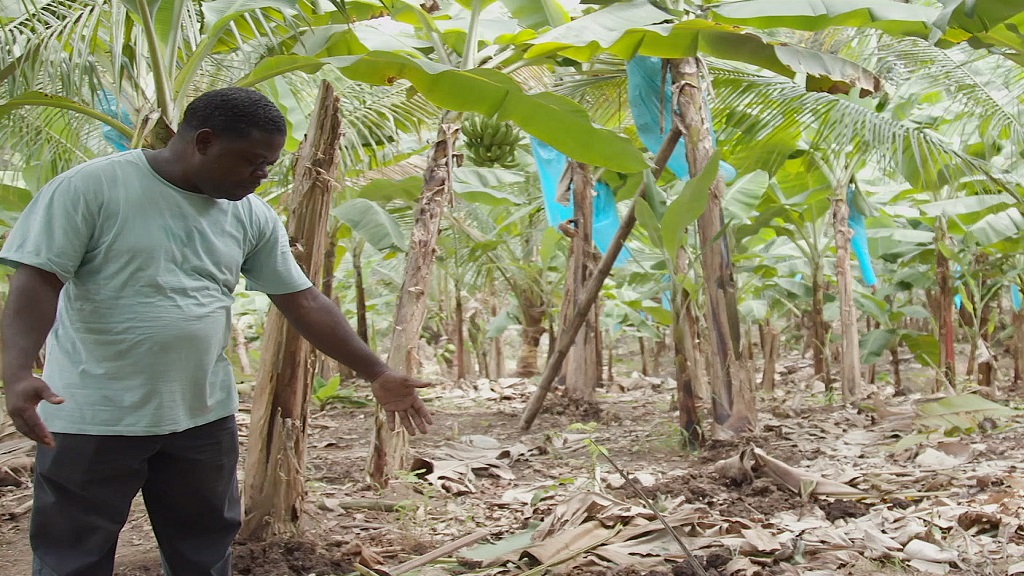 The policy does not require any assessment of property. It issues automatic individual payouts to one’s bank account within 14 days of a weather event with certain wind speeds and rainfall.

Watson said, “I know that farming can be a rewarding enterprise but there are lots of risks. Here in Highgate the soil is not very stable, so during heavy rains you have slippages in the soil causing erosion. Also, once you have winds, you will have breakage and banana trees toppling. It basically wipes out your crop.” In addition, the crop takes nine to 10 months to grow to harvest so an extreme weather event usually means that a farmer would be without an income for six to eight months.

To this end, the provision of the corporate entity’s LPP product answers the cries of many local farmers, especially as climate change continues to impact the Caribbean.

Watson said, “When there was a weather event I got a payout. So, the GK Insurance scheme will help me to protect my investment and be able to achieve the goals that I’ve set for myself.”

These goals include securing the future for his wife and three children. He said, “The 23-year-old has finished UWI because of the support we get from the farm. Our 15-year-old is still in high school. The 10-year-old is in prep school, which is very expensive. The business is very important to us financially in terms of our way of life to ensure that we can support our kids and be able to retire and live a pretty reasonable lifestyle.”

Watson hopes that his youngest will continue his legacy. “The kids aren’t so much into the farming, but eventually I believe the 10-year-old will take over. She loves farming and she’s an outdoor person.”