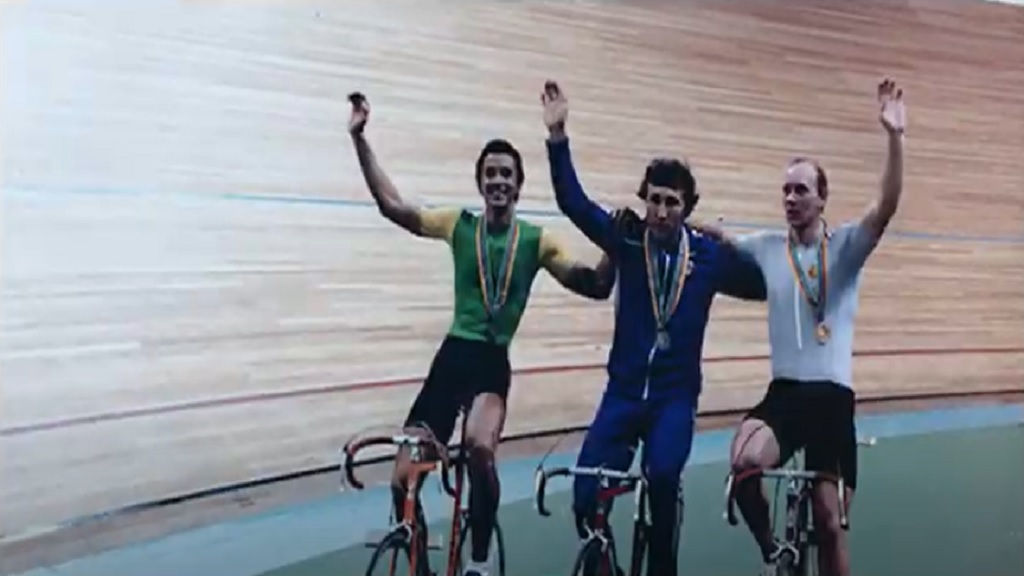 David Weller (left) celebrates after winning the bronze medal at the Moscow Olympics on July 22, 1980.

Weller, to date, has won Jamaica's only Olympic medal outside of track and field. The historic moment came 40 years ago on July 22, 1980, at the Moscow Olympics when Weller took the bronze medal in the 1,000-metre individual time trial in Moscow Olympic Velodrome.

Lothar Thoms of East Germany won the gold medal in a time of 1:02.955, breaking the world record by nearly four seconds. Aleksandr Panfilov of the Soviet Union took silver, the nation's first medal in the event since 1960.

Weller had won medals at major meets previously. Among those were two silver medals (1975, 1979) at the Pan Am Games and two gold medals at the Central American and Caribbean Games in 1978. There was also a bronze medal at the 1978 Commonwealth Games.

He closed his international career at the 1984 Olympic Games in Los Angeles where he finished sixth as a result of a serious pre-Olympic competition injury received in a crash in Medellin, Colombia two months before his competition.

In an interview years later, Weller reflected on his bronze medal achievement.

“Time has proven the significance of my achievement as no one would ever have given a skinny little boy from Jamaica a chance to be one of the best athletes in the world in the largely European dominated sport of cycling,” he said.

“While I felt on top of the world in 1980, the reality of my achievement grows more valuable each year as I get older and I am proud to have been a part of writing Jamaica’s sports history in the company of many other famous Jamaican trailblazers in sports,” he further said.

But all of this almost never happened as in 1980 when Weller competed, the Cold War was still raging and Jamaica at one point decided to boycott the games.

“Jamaica had originally chosen to boycott the 1980 Olympic Games in support of the United States opposition to the Soviet invasion of Afghanistan but reconsidered the decision shortly before our departure for Moscow,” he recalled.