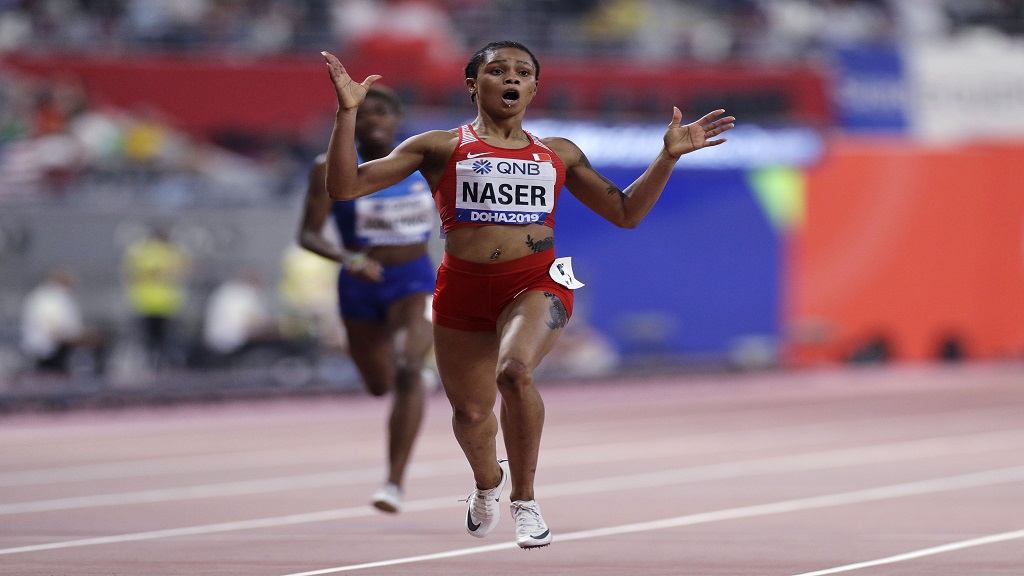 Salwa Eid Naser celebrates victory in the women's 400m at the 2019 IAAF World Championships in Doha.

Salwa Eid Naser, the world 400m champion of Bahrain, has made the weird claim that missing three drugs tests in a 12-month span “is normal.”

The 22-year-old Naser, who ran the third-fastest 400m in history at last year’s World Championships in Doha on her way to the gold medal, made the claim after she was provisionally suspended by the Athletics Integrity Unit on Friday.

“I’ve never been a cheat. I will never be,” Naser said in an Instagram live video. “I only missed three drug tests, which is normal. It happens. It can happen to anybody. I don’t want people to get confused in all this because I would never cheat.”

Naser, who is facing a two-year ban, claimed “the missed tests” came before last autumn’s world championships, where she won in 48.14 seconds, the third-fastest time in history and the fastest in 34 years to claim a surprise gold medal, beating the Olympic champion, Shaunae Miller-Uibo on October 3.

“This year I have not been drug tested,” she said. “We are still talking about the ones of last season before the world championships.”

“I would never take performance-enhancing drugs,” Naser said. “I believe in talent, and I know I have the talent.

"Hopefully, it’ll get resolved because I don’t really like the image, but it has happened"

Naser moved from Nigeria to Bahrain when she was 14 and won a silver medal over 400m at the 2017 world championships in London. She is also a former world youth champion.