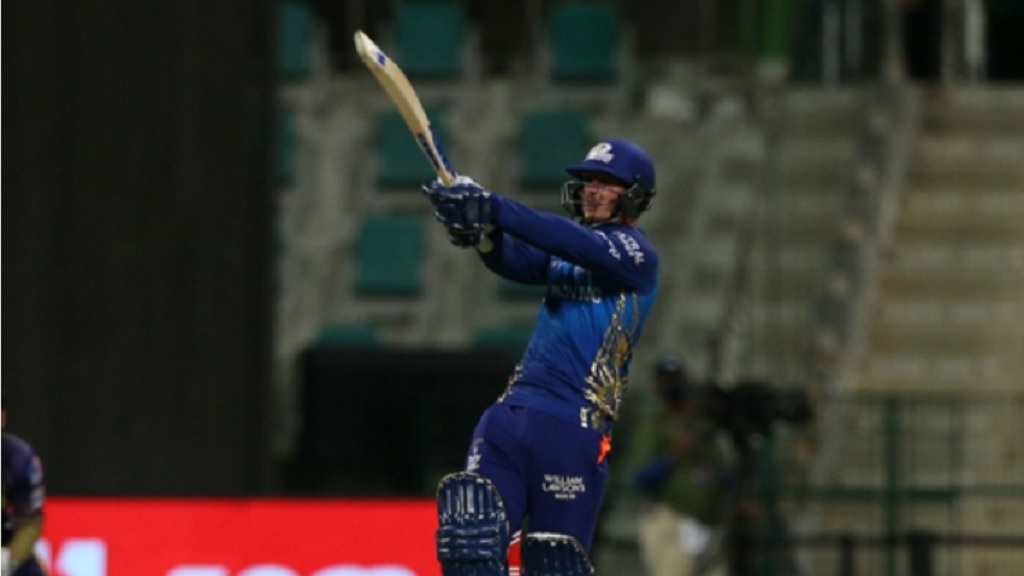 Quinton de Kock finished on 78 not out off 44 balls to get Mumbai Indians to 149 for two.

Andre Russell again failed to deliver with the bat as Kieron Pollard's Mumbai Indians moved back on top of the Indian Premier League after polishing off Kolkata Knight Riders by eight wickets with 19 balls to spare on Friday, in the United Arab Emirates.

Dinesh Karthik gave up the Kolkata captaincy to concentrate on his batting and was out for for as his team posted a middling 148 for five. Jamaica and West Indies all-rounder Russell made 12 from nine balls.

Mumbai made no race of the chase, as captain Rohit Sharma late cut the first delivery to the boundary, and fellow opener Quinton de Kock finished on 78 not out off 44 balls to get them to 149 for two in the 17th over and their fifth straight win.

“It is special to win as comprehensively as this when chasing. It gives us confidence,” Sharma said.

“It is always a challenge when you have won four in four. How you turn up is what matters. We turned up really well, and right from ball one we were in their faces.”

Sharma hit the first four boundaries for Mumbai then de Kock smacked the next eight boundaries and two sixes.

By the time their partnership was split when Sharma edged behind on 35 in the 11th over at 94 for one, Mumbai's required rate was down to a run a ball.

It was all over three overs later. De Kock ended up lashing nine boundaries and pulling three sixes, and Hardik Pandya was 21 not out off 11 balls.

Kolkata decided to bat first and struggled. Only five boundaries were hit in the first seven overs.

Rahul Tripathi was out for seven to a splendid Yadav catch, and Shubman Gill and Karthik were dismissed in consecutive balls by Rahul Chahar to leave them 42 for four.

Bumrah, who took out Russell, should have had a second wicket off his last ball in the 18th over, but Pat Cummins was dropped behind by de Kock on 36.

“I have played this game enough to know you can't do anything about it if you drop one,” de Kock said. “You have to carry on and do the best for your team.”

Cummins ended up 53 not out, and new captain Eoin Morgan on 39 not out. They plundered 87 runs off the last 9.2 overs, especially off fast bowlers Nathan Coulter-Nile and Trent Boult.

But Mumbai showed it wasn’t enough.