Roan Walters making a difference in St Mary amid COVID-19 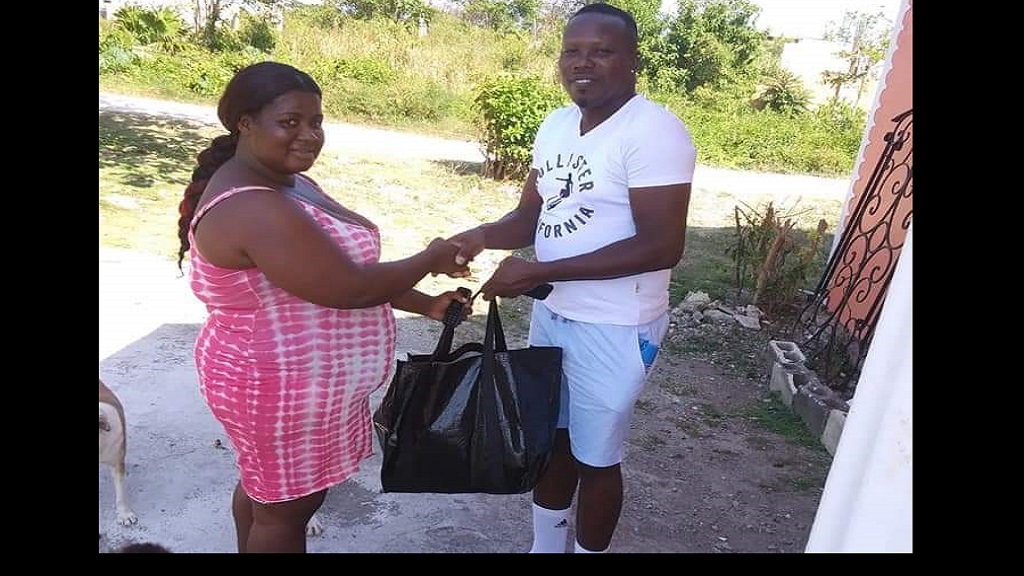 It is true that not all super heroes wear capes, and St Mary resident Roan Valintine Walters is a prime example as he is on a life-long quest to offer assistance to those less fortunate within the parish.

The 41-year-old chef and businessman, who has been assisted by his friends both locally and internationally, formed the Uncle Val's Charity Programme in March of this year.

Under the initiative, Walters and his friends have given food supplies, clothing, furniture and household appliances to those in dire need.

Speaking to Loop News, Walters, who shared that he has always been assisting others, explained that his charity programme arose from vulnerable persons being affected by the economic fallout of the COVID-19 pandemic on the island.

He shared: "One day a friend from Canada and I were talking and I was joking with her and saying because of this corona, 'Why you don't send some money so that I can buy some groceries and give to people who can't afford it because most people not working now."

In continuing, he said: "And to my surprise, she tell mi that she going to send Canadian $200. She did send it, and I added some money to that and I went to the supermarket and purchased groceries."

Walters disclosed that he then arranged the food items into smaller bags and distributed them in St Mary communities, including Jack's River, Oracabessa, Stewart Town, Boscobel, and Galina.

From there, the Uncle Val's Charity programme has blossomed with approximately 25 persons so far benefitting, according to Walters.

"The first person we went to was a lady called Miss Sharon in Hunt's Town, St Mary. She actually didn't have anything to eat. She was just boiling some chicken foot in salt water on a wood fire. And we went there and gave her groceries, and bought her a stove," Walters detailed, meekly.

He elaborated too, that "We had to get a man named Mr Peter in Robin's Bay (also in St Mary) a bed and a mattress because he was sleeping basically on a three-foot bed. I had to also buy him a radio and a lantern, because he had no electricity."

"We even went in St Ann to assist a lady in Priory in buying some medications," he continued.

But the St Mary chef revealed that he has "been doing charity (for) all of my life."

"I have been assisting persons from I have been going to Port Maria Primary School. I use to buy nutri-bun and give to the street people in Port Maria," Walters said.

His kind-hearted personality transitioned into adulthood as even before his charity programme, he had done his part to assist those in need of care.

"We saw this old man in Galina in St Mary and his house was in a terrible condition. Couple of friends and I actually paint it over, change his sheet spread, and clean it for him," he detailed. 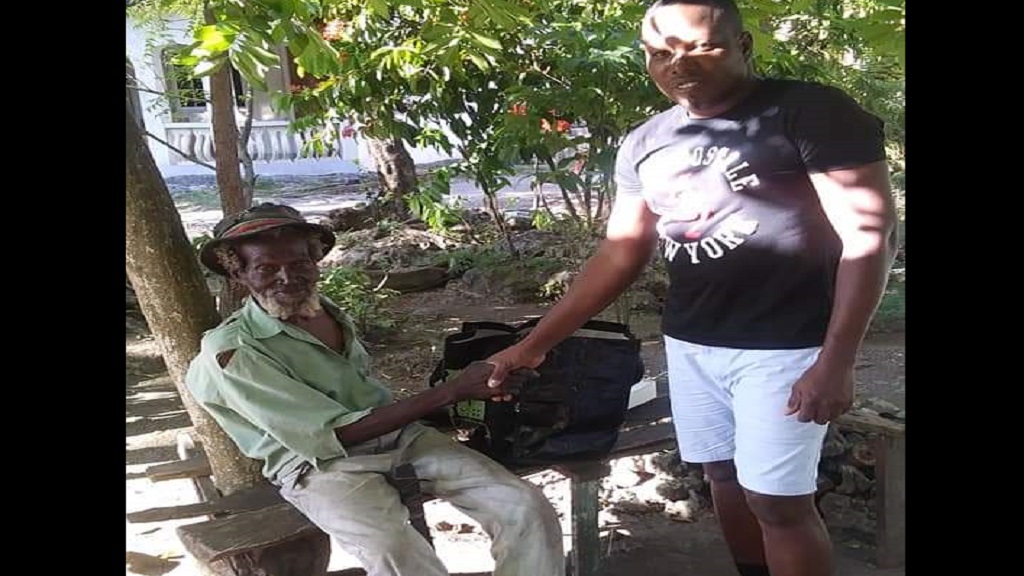 When asked what inspired him to assist others, Walters credited his mother, Myrtle Carnegie, and the rest of his family.

"Is how mi grow enuh, because I grow out of love. My mother, Myrtle Carnegie, is the type of person when she go shopping at day time in the town of Port Maria, she would change up $1,000 into some $100 bills and just walk and give to people," he said, adding that "She has been giving (to others) until this very day. So this (the will to assist others) is something that I have received from birth from my mother and family."

It is, therefore, no surprise that one of Walters’ philosophies is "If I have to live for myself alone, I rather not to live at all."

"This is important to me because we all need a helping hand at some point and there are people out there who need help. Giving is one of the best joy in life, especially when you give to somebody that really need it. So I don't want to live for myself," he posited.

The Rio Nuevo, St Mary resident said he had instilled the trait of assisting others in the upbringing of his four children.

But there are challenges in assisting others, and Walters has experienced this in his humanitarian efforts. He, however, remains undeterred by these roadblocks. 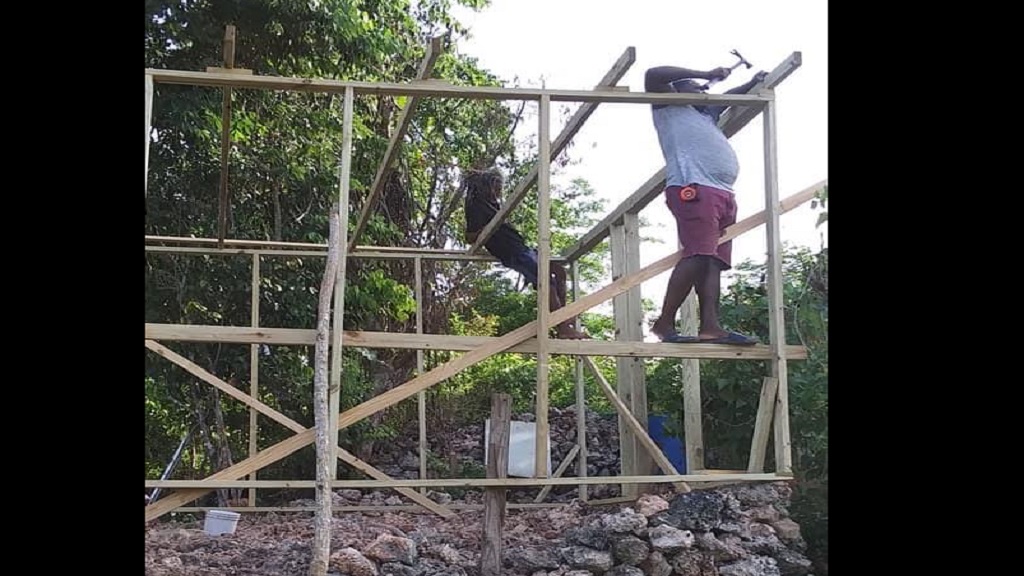 Foundation of a house being constructed for a family of four in Mango Valley, St Mary. Roan Walters said he needed further assistance to have the house finished

"Even as we speak I am making a house for a family and I have to stop if half way because we are not getting any help. People are bawling say 'Boy tings rough.' We do the roof already... so we need couple things to finish it in Mango Valley (in St Mary)," he explained.

The family consists of four persons, including two children. According to Walters, they were living in a zinc house.

"So we decide to build something for them, but we have to stop it, because we don't have the help that we need," he added.

The businessman is, however, optimistic about the future, and said he plans to get his outreach programme registered, and create a social media page. Additionally, he plans to seek sponsorship from the business community to assist more persons in need.

It is on this basis that Walters called on more individuals to get involved in outreach work.

Continuing, he said: "Because that Sunday when we went to Miss Sharon, she couldn't find her Sunday dinner. She was just boiling some chicken foot in water and she was saying 'God weh mi do to deserve this.' And then she saw us with around six or seven bags of groceries."

"The state and the condition that I see most of these people in, it is very terrible so I would encourage everybody to give back. Nuh care what it is.”

"If it's even a pound of rice, sardine, (or) corned beef, just give. Join a charity programme and give. Give anything you can," Walters pleaded.