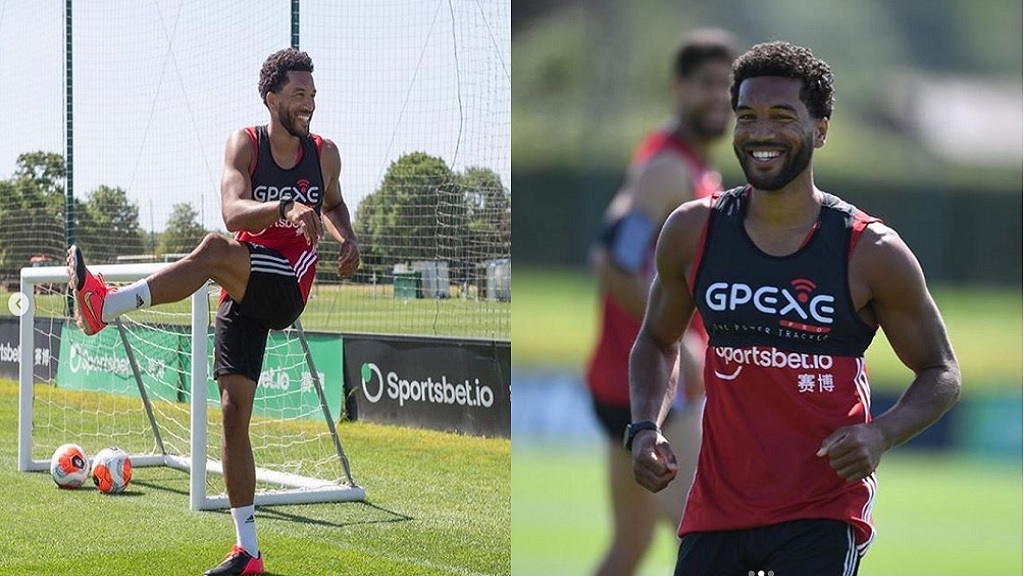 Jamaica international Adrian Mariappa is back in training at Watford FC.

Jamaica international Adrian Mariappa is back in training at Watford FC after recently testing positive for coronavirus.

The 33-year-old Reggae Boy was one of six positive results to have come back from the English Premier League's first round of testing, with two other Watford staff members, as confirmed by the Hornets last week.

Mariappa was back at London Colney on Tuesday for testing after seven days in isolation and the Hornets have confirmed he has now returned to training by releasing this video.

The defender took Instagram to confirm his recovery from the coronavirus.  "I was clearly happy to be back. Thanks to everyone who sent messages of support over the last week," Mariappa posted.

Mariappa, who was born in London, said he had not displayed any symptoms prior to being informed of his positive result last week.

Mariappa accepted his first call up to Jamaica's international team in May 2012 and won his first cap against Guyana later that month. His first match in an international competition came on June 9, 2012, in a 2–1 World Cup qualifying win against Guatemala.

Mariappa qualified to play for the Reggae Boyz as both of his maternal grandparents are from Jamaica.

A total of 12 people have so far tested for Covid-19 as a result of the 2,752 tests conducted across the English Premier League.

The season is now set to resume on June 17 with Manchester City hosting Arsenal and Aston Villa taking on Sheffield United.

Those Wednesday fixtures, the first of the 92 games remaining in a season that has been interrupted by the coronavirus pandemic on March 13, represent games in hand for the four teams involved.

Once completed, each of the 20 English Premier League clubs will have played 29 games.

The opening full round of fixtures – including the first of Watford’s nine games remaining this season – is then expected to be played over the weekend of June 19 to 21.

Watford are to set resume their campaign in 17th in the table, with only goal difference keeping them above the relegation zone after their last game ended in a 1-0 defeat at Crystal Palace on March 7.