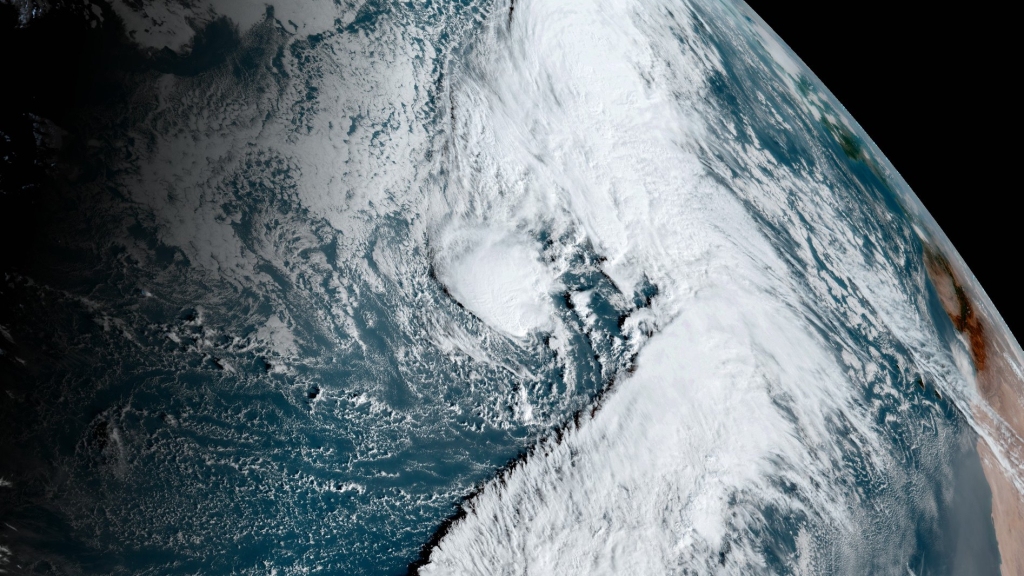 Subtropical Storm Theta has formed in the north-eastern Atlantic Ocean.

Theta is the 29th named storm of the 2020 Atlantic Hurricane Season.

The formation of Theta makes this year the most active hurricane season on record.

The US National Hurricane Centre expects Theta to remain over the eastern Atlantic for several days. 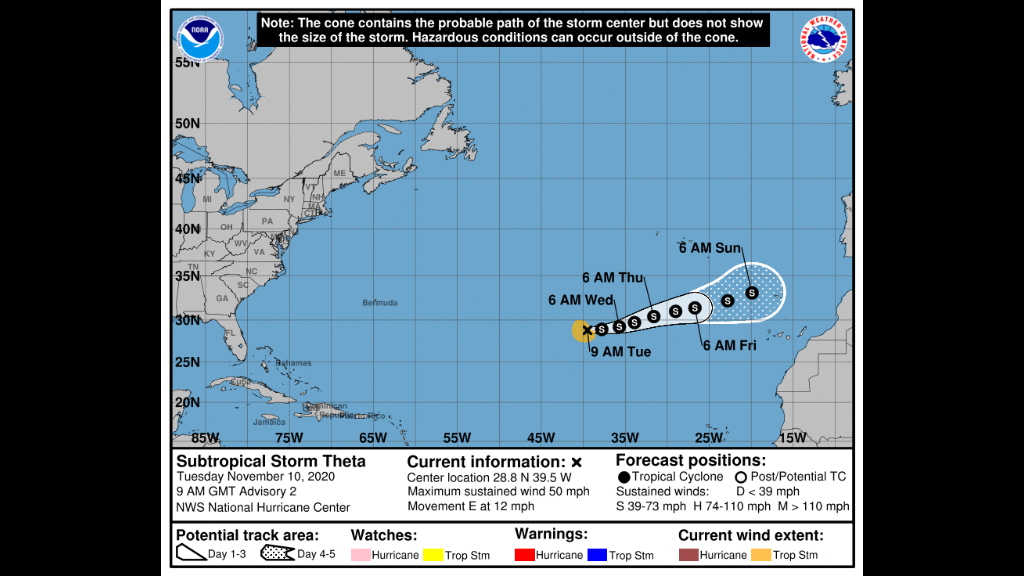 At 9 am GMT, the centre of Subtropical Storm Theta was located over the northeast Atlantic Ocean about 960 miles (1545 km) southwest of the Azores.

An eastward to east-north-eastward motion across the eastern Atlantic is expected during the next few days. 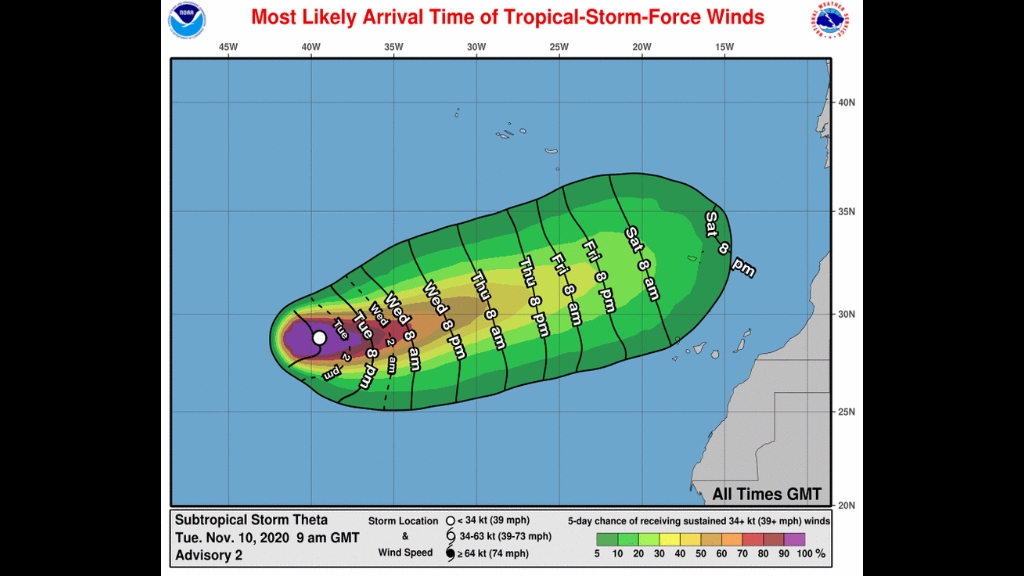 Theta has maximum sustained winds that are near 50 mph (85 km/h) with higher gusts.

Little change in strength is expected to occur during the next few days.

Theta should transition to a tropical storm later today.

Eta strengthens in the Gulf of Mexico