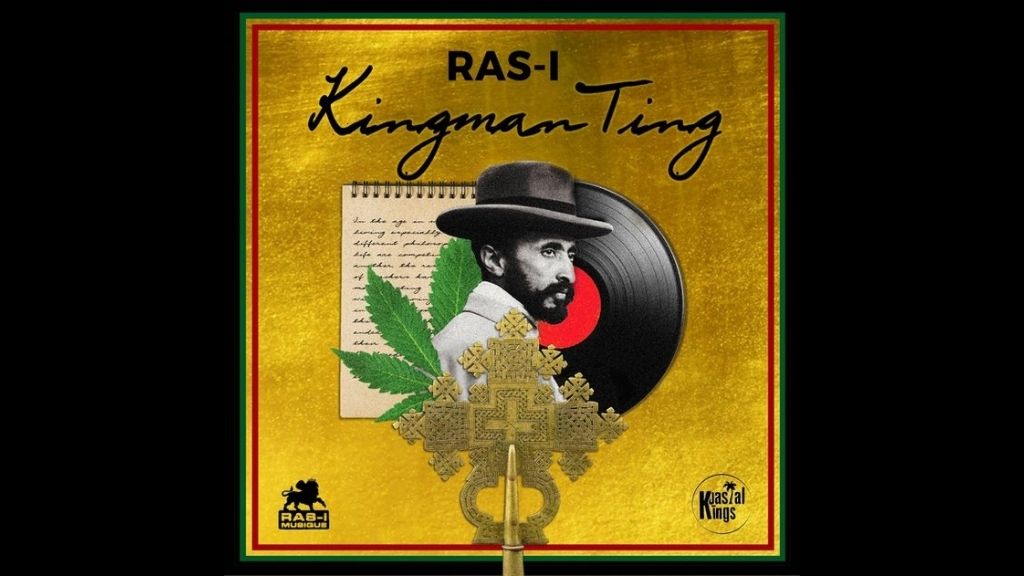 The track, released on September 18, has been available on all major music platforms, and have just received its video component.

The excitement for the release of Ras-I’s Kingman Ting is palpable, and since its debut, the track has been piercing the airwaves and social media.

‘The video depicts elements of love, respect, unity and responsibility for self, youth and our brothers and sisters’, Ras-I shared on the release of the visuals for his latest music video.

Inspiration for the track stems from Ras-I’s realities and experiences, so much so, the title ‘Kingman’ is an alias, borrowed from his father.

References of books and photographs of Haile Selassie, Marcus Garvey, and Malcolm X paired with their ideas of royalty inspire Ras-I’s ‘kingly character’ in the short.

‘It highlights,’ he continues, ‘all personal aspects of remaining positive and active: health, wellness, entertainment, and unity amongst our brothers and sisters.’

With Kingman Ting and upcoming works, Ras-I’s plans to share a more personal side of himself.

He seeks to create music with love, kindness and positivity for all who listen, while gaining momentum for upcoming releases and projects – promising wholesome and memorable experiences.

Known for his ability to produce blends of roots and reggae sounds with elements of R&B, soul, jazz and hip hop, dancehall and Afrobeats have been added to the new direction.

Behind the sonic energy of pulsating beats, groovy samples and hip-hop kicks, Ras-I has a powerful message for all to hear.

He wants to give his listeners a true introduction to who he is and what he has to offer, which makes Kingman Ting a completely versatile and unexpected effort.

The message rings true: Ras-I champions easy living led by the example of his majesty, Haile Selassie I.