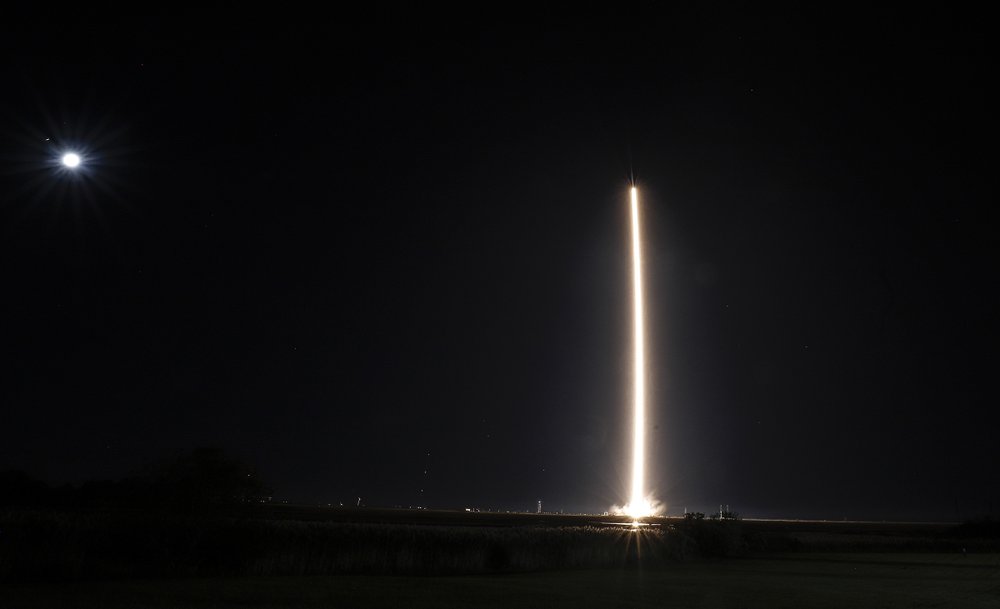 A space station cargo ship rocketed into orbit Friday carrying a 360-degree camera for spacewalking, radish seeds for growing and a smorgasbord of fancy meats and cheeses for feasting.

Northrop Grumman launched its capsule to the International Space Station from the Virginia coast.

This, in turn, provided a night-time treat for observers from the Carolinas to New England, at least where skies were clear. 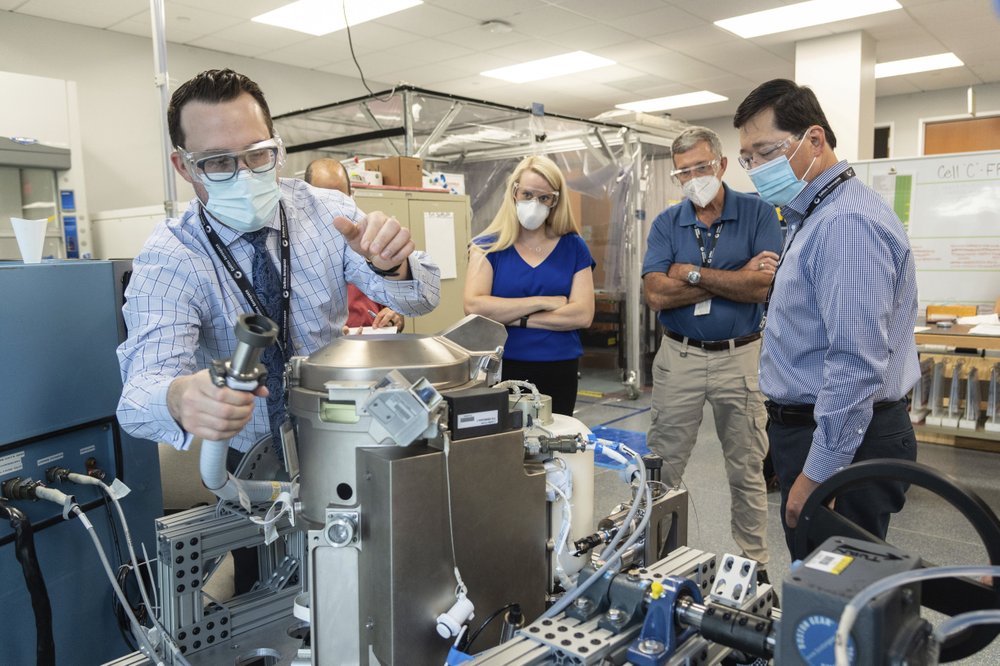 ‘Creating the artificial dawn for a few minutes there, it’s just gorgeous.’

Stashed aboard the Cygnus capsule: pressurised air tanks to help offset a vexing leak at the space station, a new $23 million titanium toilet custom fit for women, and a virtual reality camera to provide cinematic views of spacewalks and other outdoor shots.

Plus there’s more fresh food than usual, given that the space station population will be expanding from six to seven with SpaceX’s second astronaut launch a week ago.

Among the delicacies requested by the astronauts: prosciutto, Genoa salami, smoked Gouda and provolone, brie, cherry tomatoes, oranges, pecans and chocolate-covered cranberries in plenty of time for Thanksgiving.

The astronauts also will get a chance to enjoy their own harvest. Researchers are hoping for 40 radishes from the seeds going up, within a month. 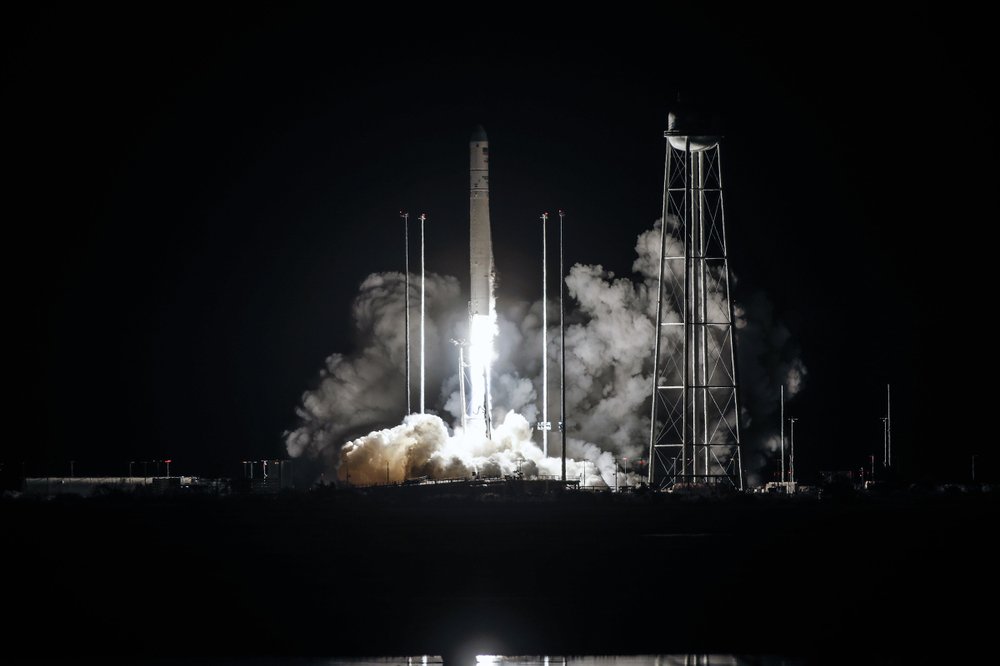 While growing radishes in orbit may sound trivial, ‘it is actually a transition from basic plant biology in space to a production system’.

This could benefit explorers on the moon and on Mars, according to the leader of the experiment Karl Hasenstein, a biology professor at the University of Louisiana at Lafayette.

NASA’s new toilet, meanwhile, will be tested at the orbiting outpost before accompanying astronauts to the moon in a few years.

It will join two larger, old-style, Russian-built commodes already up there.

The new one is designed to better accommodate women, who are expected to have an increasing presence in space exploration.

This particular capsule, in fact, the SS Kalpana Chawla, is named after the first India-born woman in space.

Chawla was among the seven astronauts killed in the 2003 shuttle Columbia accident.

The delivery is running a little late. Bad weather at Wallops Island led to a two-day delay earlier in the week.

Barely a half-hour later on Friday night, NASA’s other shipper, SpaceX, tried to launch a GPS satellite from Cape Canaveral, Florida, for the new US Space Force.

But the countdown was halted around the two-second mark.

Are you paying US$250k to travel to space?