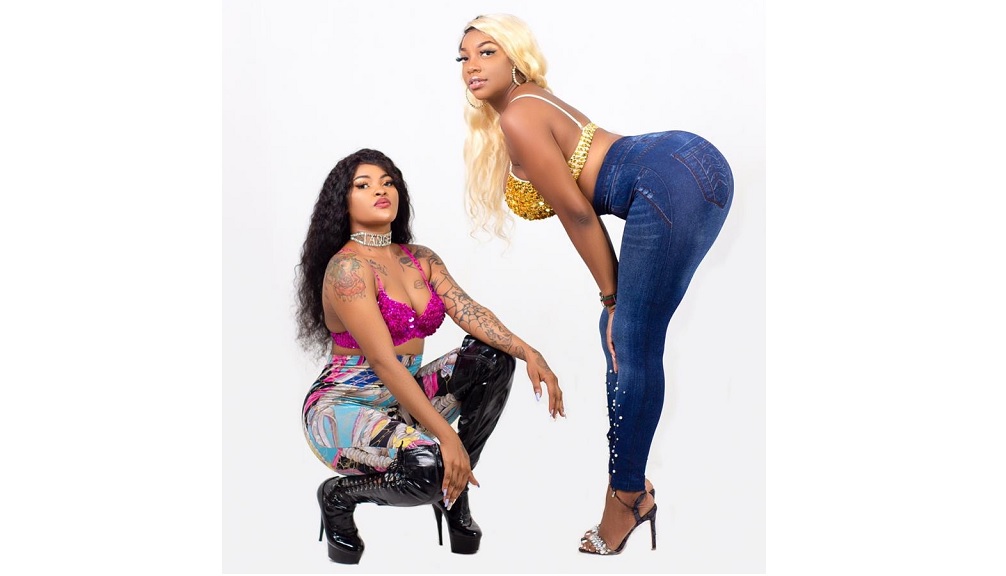 "When we released a remix to Govana’s fan favorite track 'HAMANTS Convo' online, we got a lot of  praise from our fan base.  People immediately started to take notice of how truly talented we are and everyone endorsed what we were doing and said they wanted to hear new songs, so we just ah do it," Rage said.

Queenstun has since recorded and released singles such as 'Minaj' and 'Chopping' featuring Hotfrass, both of which were produced by Lee Milla.

Rage, whose real name is Cerine Gordon, always had a natural knack for music but it was after the death of her brother, she realized how truly therapeutic music was, channeling her inner emotions into music as the vehicle through which she was able to express her pain.

Rage's partner, Shavrine on the other hand, got her first introduction to music through church and
through actively joining the school choir. Then a chance meeting at Lee Milla’s studio where the two powerhouses first made contact, generated immediate chemistry, and well, the rest is history.

"People love our attitude, and how we compose our songs, and how we compliment each other. I sing, she deejays, so it comes together to make great music. I feel like people like us, and the feedback on our newest song 'Hush', shows that both females and males love our music," Shavrine, the artiste whose real name is Shavrine Wilson, said.

The duo got rave reviews for their performance at Wet N Wild in Ocho Rios in December last year. Currently under the management of Lee Milla Productions and Foreigners Invasion Entertainment and Recording Limited, Queenstun’s aim is to make an indelible mark in the dancehall industry, and achieve a greater degree of women empowerment in the dancehall fraternity.

They have launched an online dance contest for dancers to do routines to their song, 'Hush', produced by Lee Milla Productions, with the winner generating the most views, earning US$300.

"The feedback has been incredible so far , we got six videos and counting, and the contest goes on for the next two and half weeks," Rage said.

Working assiduously in the studio, the duo plans to release their debut EP later this year.

"It is going to be nothing short of exceptional, we're thinking about a five song EP, and we've completed four so far. So look out world for Queenstun," Shavrine said.