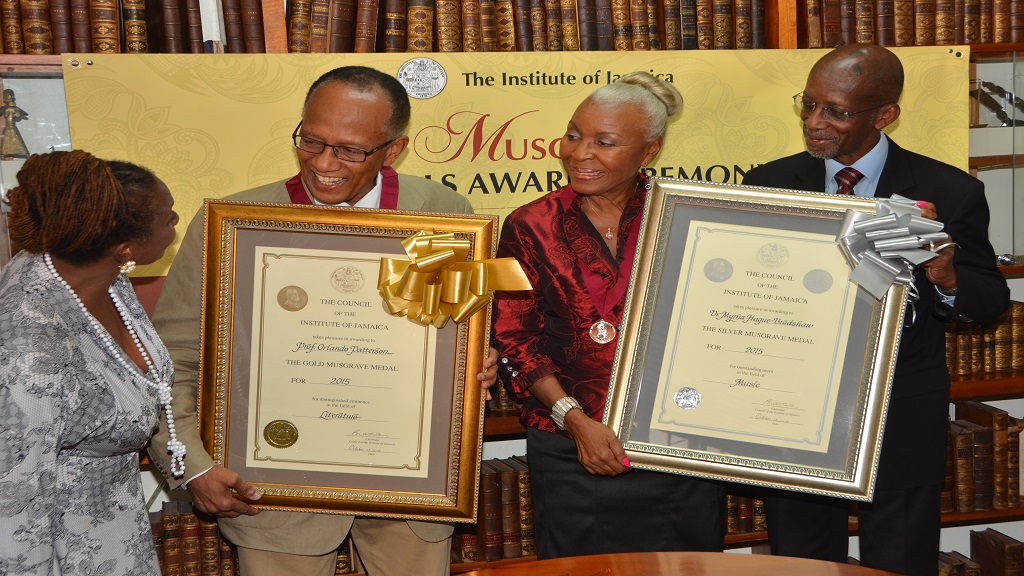 When national honours and awards are handed out on National Heroes’ Day, Monday, October 19, Harvard University Professor, Orlando Patterson, is to head the list of more than 120 Jamaicans who were on Monday named to the 2020 list of honours recipients.

Patterson, who was last month named by Prime Minister Andrew Holness to head up a 14-member Education Transformation Commission which is tasked with carrying out a comprehensive review of the country’s education system, held faculty appointments at the University of the West Indies (UWI) and London School of Economics, where he earned his PHD.

He is also a prolific author.

The 80-year-old Jamaican-born American historical and cultural sociologist is known for his work on issues of race in the United States, as well as the sociology of development.

Meanwhile, five other noted Jamaicans are to be conferred with the Order of Jamaica (OJ), the country’s fourth highest honour, for distinguished service in their various fields of endeavour.

Forty-six individuals, including journalist and former Editor-in-Chief of the Gleaner Company, Garfield Grandison, are to be conferred with the Order of Distinction in the rank of Commander (CD). Other awardees in this category include the late MP for North East St Ann, Shahine Robinson; Suffragan Bishop of Kingston, Robert Thompson; Bishop Everald Galbraith of the Methodist Church; Cedella Marley, daughter of the late reggae icon, Bob Marley; comedian/actor Oliver Samuels; multimedia pioneer, Richard Forbes Sr; President of the Private Sector Organisation of Jamaica (PSOJ), Keith Duncan; Olympian Deon Hemmings; businessman Metry Seaga; and Deputy Clerk to the Houses of Parliament, Valrie Curtis.

Forty-one individuals are to be appointed to the Order of Distinction in the rank of Officer (OD). They include singer Eric Donaldson; veteran trade unionist, Clifton Grant;  Henry Stennett for contribution to radio; Barbara Ellington for journalism, and Dwight Peters for contribution to the fashion industry.

Fifty public servants, including members of the constabulary and military, government ministries, departments and agencies, are to receive the badge of honour.

In the meantime, the four policemen who were shot - three fatally - while attempting to apprehend a gunman in Horizon Park, St Catherine in June of this year, are to be conferred with the Medal of Honour for Gallantry. Superintendent Leon Clunis, Detective Corporal Dane Biggs and Constable Decardo Hylton are to be awarded posthumously, while District Constable Lothan Richards survived his injuries.