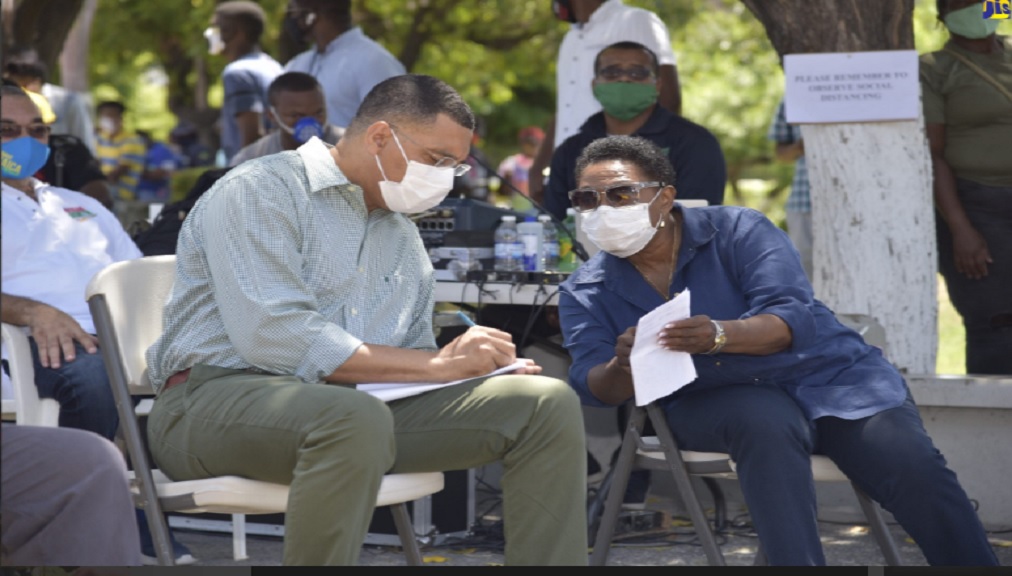 Prime Minister Andrew Holness has warned that he will be mandating the police to enforce the wearing of masks in public to limit the spread of the coronavirus on the island.

Holness has also stated that he will be asking the police to ensure that persons attending funerals abide by the established protocol of no more than 15 persons in attendance.

The prime minister said he observed that fewer people were wearing masks when he travelled to St Ann last week Tuesday to visit with the ailing Minister of Labour, Shahine Robinson, who died a few days later on May 29th.

“I’ve noticed a decrease in the number of persons wearing masks as I move about the country. I have advised the Commissioner of Police that this measure in particular must be enforced,” Holness said as he addressed the House of Representatives on Tuesday.

He said he was aware that wearing the mask can be uncomfortable for some individuals. He said he himself found it difficult at times especially when it caused his glasses to fog. However, he said that “As difficult and as unnatural as it may be for us, we all need to accept that social distancing, wearing a mask, avoiding handshakes and hugs when we’re greeting each other, avoiding touching high-use surfaces and increasing our routine of hand washing and sanitisation, are all part of the new normal of living with COVID-19”.

As it relates to funerals, the prime minister said the police will be asked to step up patrols to monitor the burials in particular where breaches have been observed.

Under the modified protocols, a maximum of 15 persons are allowed at funerals, up from 10 previously. Of that number, no more than 10 can be mourners.

“So I’ve indicated to the Commissioner of Police that it has been reported that there are police stations where reports have been made of these mass attended burials and the police have done nothing and I’m saying to the police commissioner, that he should increase his surveillance of these events and ensure that there’s strong enforcement of the measures”.

WATCH: Tufton hands out thousands of masks amid reopening