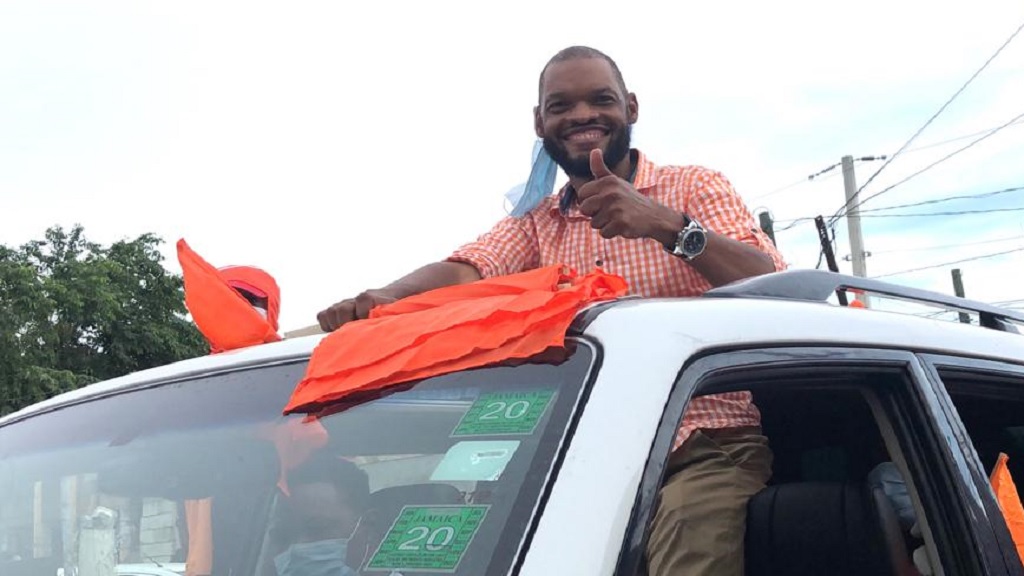 People's National Party candidate for East Central St Catherine, Raymond Pryce gives the thumbs up during a motorcade in the constituency on Friday.

The People's National Party's election machinery rolled into East Central St Catherine Friday evening, as bigwigs joined prospective candidate Raymond Pryce on a tour of a constituency expected to be among the battlegrounds in the September 3 general election.

PNP President Dr Peter Phillips is helping to disseminate the party's message, in the effort to shore up support for Pryce.

Prospective candidate Pryce and party leader Phillips will address the gathering at three of the stops in the communities.

According to Pryce, he is glad that Phillips is able to join him on the tour on the march to "victory" at the polls for the party.

"He is the latest in terms of leadership of the party to join us as we have had Damion Crawford and Lisa Hanna.

"We are also confident with the reception that we are getting. We are going to be pursuing victory and we are confident that we will achieve victory on September 3," Pryce said in an interview with Loop News.

With music blaring from an orange truck with giant speaker boxes, it was a time of merriment with the motorcade involving several vehicles stretching for metres.

Dubplates made specially for the election kept the gathering entertained in the early stages of the tour as Dovey Magnum 'Bawl Out' for Phillips, Shane O asked 'A Million' to share with PNP and Elephant Man promised a PNP 'Sweep'.

New PNP election songs as well as those from past campaigns were also intertwined with current trending music.

According to one supporter, the tour is a formality as Pryce has the seat won already.

Citing being employed in the public sector as a reason for not giving his name, the supporter said that the PNP lost the seat in 2016 elections because of disunity in the ranks.

He said that then Member of Parliament Arnaldo Brown worked hard in the constituency, but lost because many of the constituents did not like his style of leadership.

According to the supporter, while current Member of Parliament Alando Terrelonge of the Jamaica Labour Party also works hard, the MP concentrates his efforts in JLP strongholds, which he believes will work against the incumbent this election.