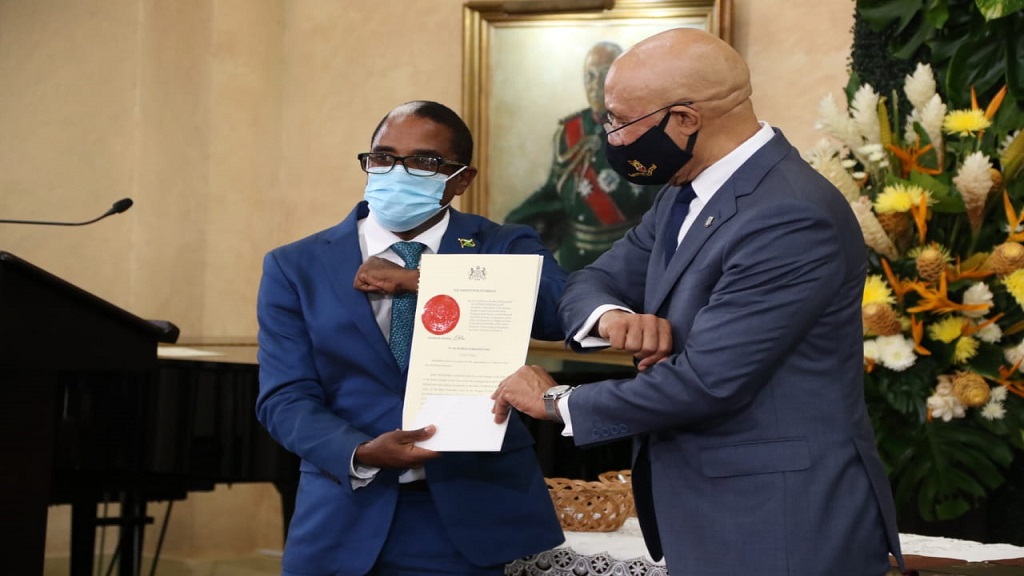 Prime Minister Andrew Holness has encouraged the newly minted ministers of state to be advocates of policy and public affairs.

Speaking at the swearing in for nine ministers of state on Monday at King's House, Holness said their responsibility is to support their Cabinet ministers in explaining to the public policy decisions that have been tabled,noting that there are areas within every policy that need advocacy and a clear breakdown to every citizen.

“You have great room and you also have great responsibility. Work along with your ministers,  and support them; there is a saying that, if you want to be a general in the army, you have to start off by being a good private, and I believe that is a word to the wise,” said Holness.

See below the full slate of new ministers of state, which Holness said represents a good mix of youth and experience.