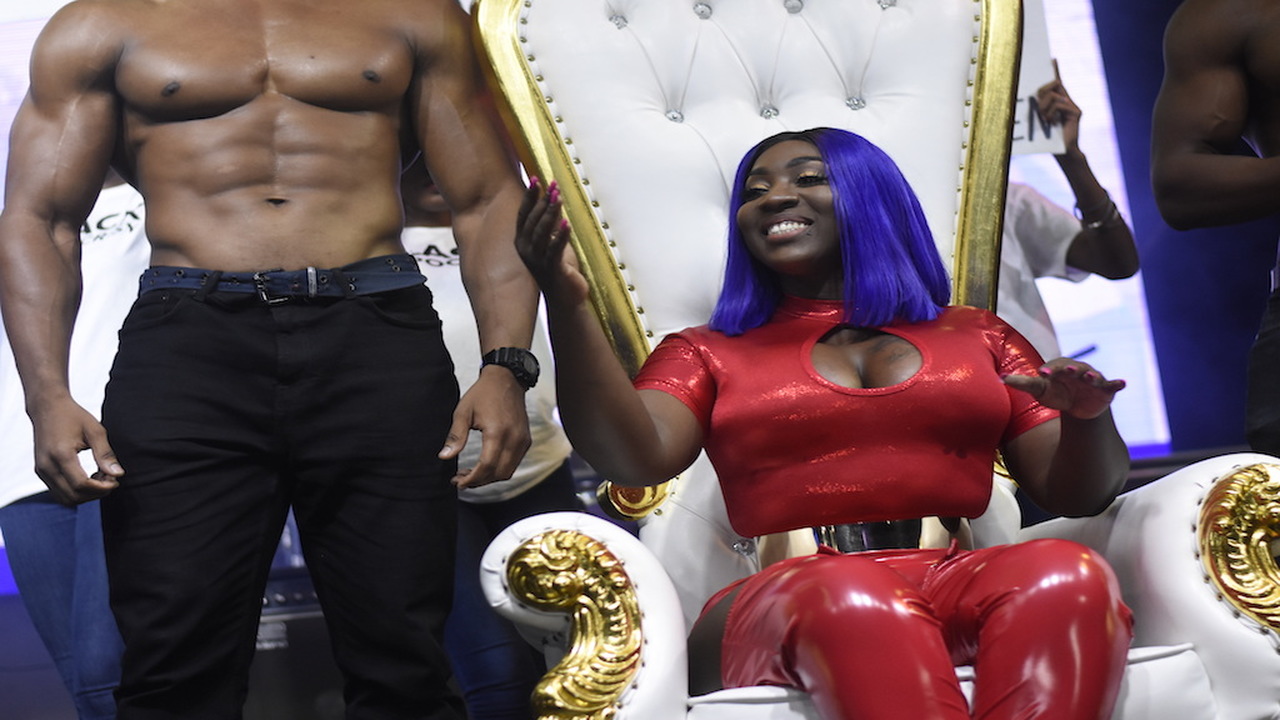 Spice takes her seat on a throne while being 'guarded' by hunky men at her 'Captured' launch at 100 Hope Road on Wednesday. (PHOTOS: Marlon Reid)

Dancehall’s top female act, Spice released her ‘Captured’ mixtape on Wednesday night to a select audience at 100 on Hope Road.

She ‘spiced’ up the night with one of her trademark raunchy performances.

Without the full-body makeup that recently caused controversy both locally and internationally, Spice explained the intricacies that went into the production of ‘Captured’, especially the lead single, ‘Black Hypocrisy’.

According to Spice, ‘Black Hypocrisy’ stems from the criticism she has received over the years for her natural dark skin tone. She singled out a specific individual who she said worked with her on a video shoot. 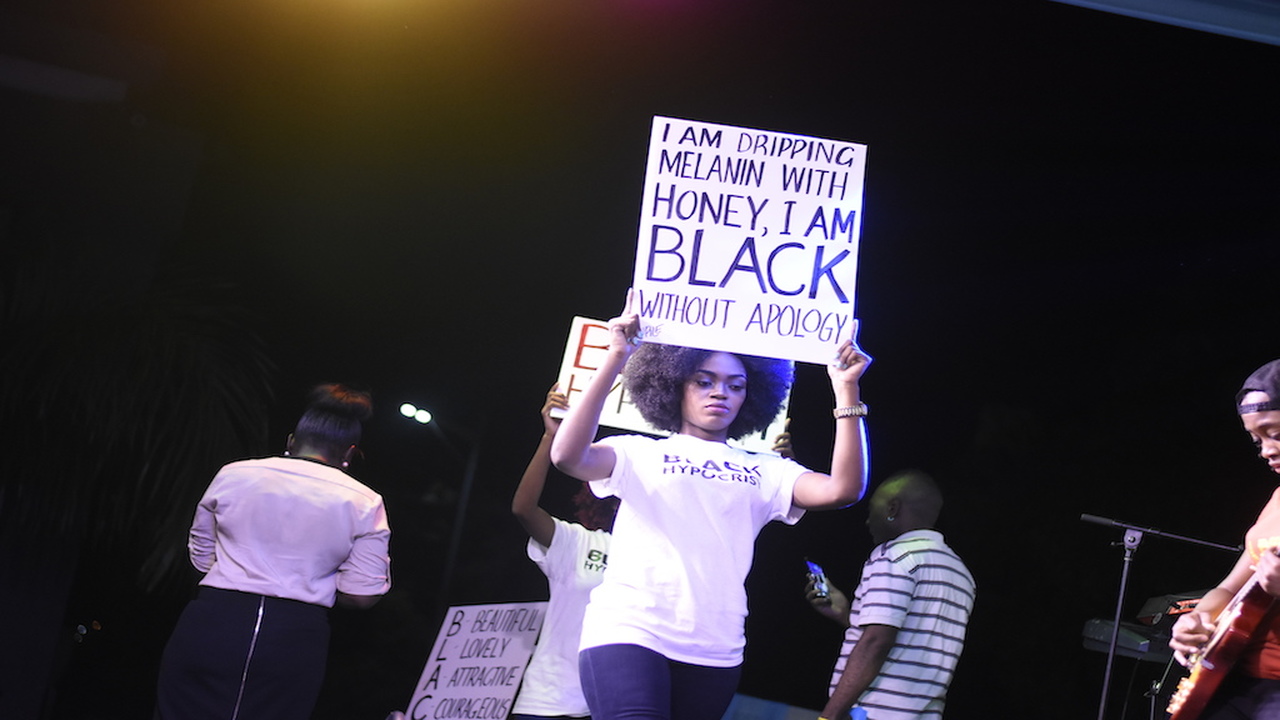 According to Spice, after completing the video shoot, the person criticised her for being too black. She told the audience that the comment affected her psyche so much it brought her to tears.

In emphasising the huge impact ‘Black Hypocrisy’ has had, Spice claimed that the person who levied the criticism of her complexion on the video shoot called her after the song’s release to apologise.

Spice created a major brouhaha on social media in late October when she showed off a light-skinned look on Instagram. While public opinion was split initially over whether the artiste had bleached her skin, it soon became apparent that she was promoting a new song

At the mixtape launch, Spice said that the 'new look' was a well-coordinated project that included makeup artists from Jamaica and the US. She said that she wanted to maintain the image wherever she went and, as a result, it took a lot of time and money. 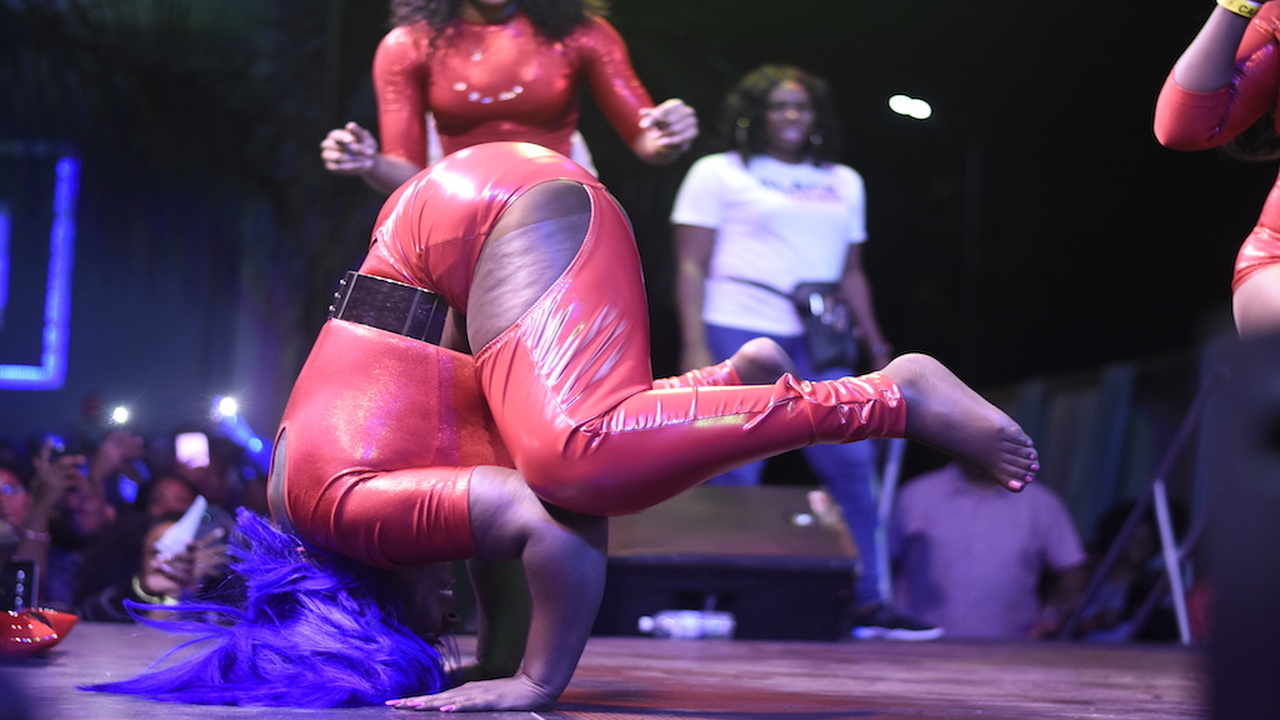 Spice also explained that the title of the mixtape stems from feeling ‘Captured’ by record label VP, after the two parties started having difficulties in maintaining a contractual agreement.

According to Spice, who hired Miss Kitty as host for the night, she has started her own record label, with 80 per cent of the songs on ‘Captured’ being produced by her.

Meanwhile, the entertainer, backed by a cast of all women, put on a show for those in the gathering. Her set included being lifted on the stage in a throne-like seat by two hunky men subordinates. She then fielded questions from the press and her fans.

Dressed in a red latex full-body bikini with red garter and stockings, and sporting purple hair, Spice left the stage at the completion of the questioning section and came back to perform ‘Black Hypocrisy’ backed by the all-woman band, Adahzeh. 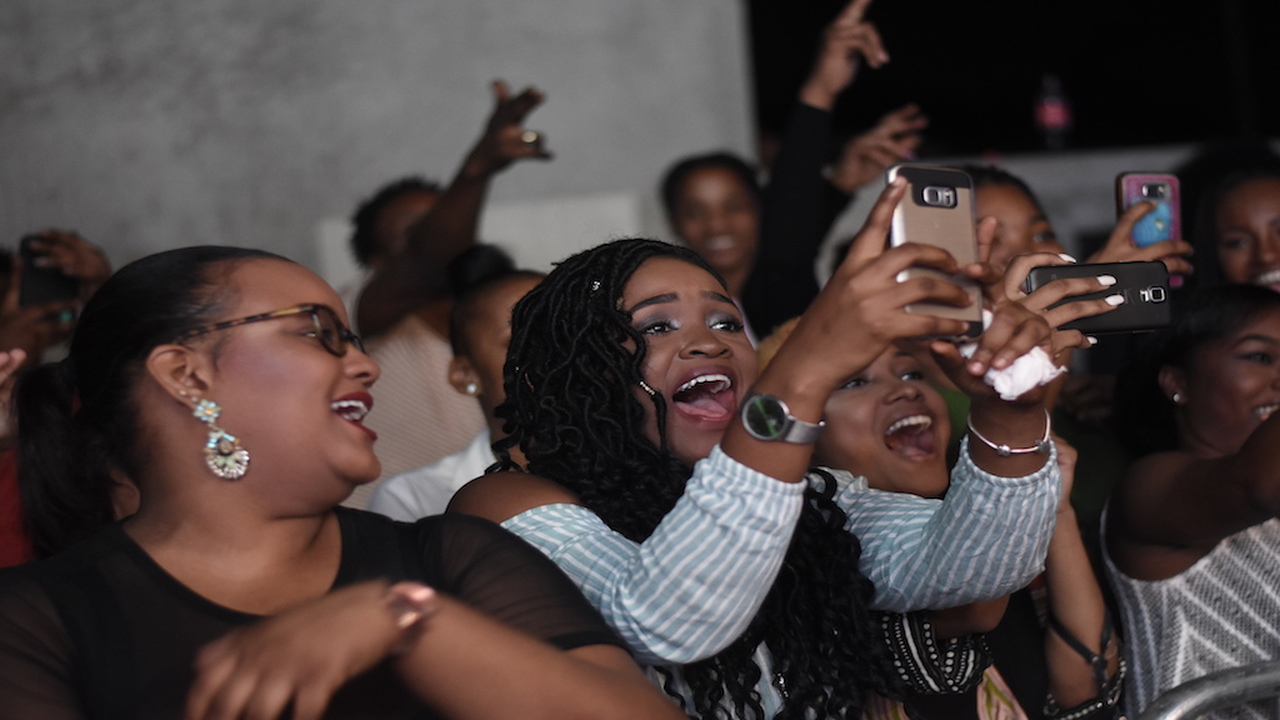 She toned down the raunchiness for that performance, during which she paused to show the official video, but stepped it up a notch for ‘Genie’ and ‘Romantic Mood’, which she said was done for the ladies who paved the way for women in dancehall.

She also paused the performance of ‘Romantic Mood’ to premiere its video, before returning to perform the song live.

Spice would also perform some of her past releases and the rest of songs from ‘Captured’ for a successful launch.

Earlier, Monifa woke the crowd up with a two-song performance, while ZJ Sparks provided the music for the early audience, as they completed the all-women ensemble.