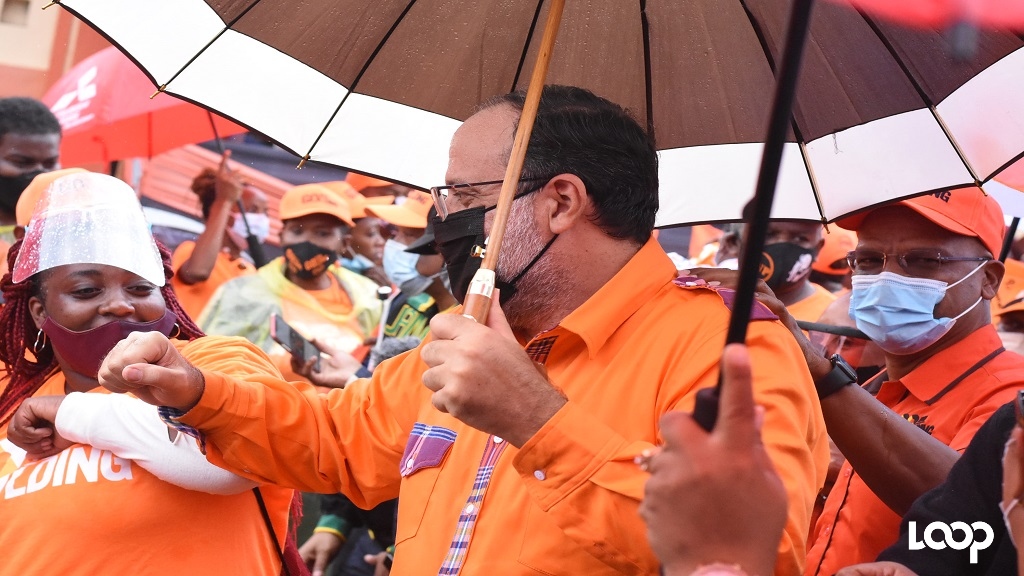 It is officially a two-horse race for the presidency of the People’s National Party (PNP) as Mark Golding was nominated at the PNP headquarters at Old Hope Road in St Andrew on Friday.

The heavy rainfall did not damper the excitement as the South St Andrew Member of Parliament entered the facility with a vociferous throng of supporters. He was officially nominated at approximately 12pm, after going through the process, including paying the $100,000 fee.

"We look forward to ... success on the seventh of November so that we can begin the process of reunification of the party and the rebuilding of the party, to make it strong and ready to resume its noble mission in Government," Golding said.

He now joins South East St Ann Member of Parliament, Lisa Hanna as the two candidates who have entered the race to take over from Dr Peter Phillips as president, when the delegates of the party cast their ballots on November 7. Hanna was nominated on Wednesday.

The PNP presidential race has been in the national spotlight since Phillips indicated his intention to step down after the party's landslide defeat to the Jamaica Labour Party in the September 3 General Elections.

At Golding's nomination on Friday, he received support from close friend and business partner Peter Bunting, campaign director Angela Brown-Burke and other senior Comrades on his team who gathered at the nearby Unity Church before making the trek together to the PNP headquarters to complete the nomination process.