PHOTOS: Another road collapse, this time in Washington Gardens 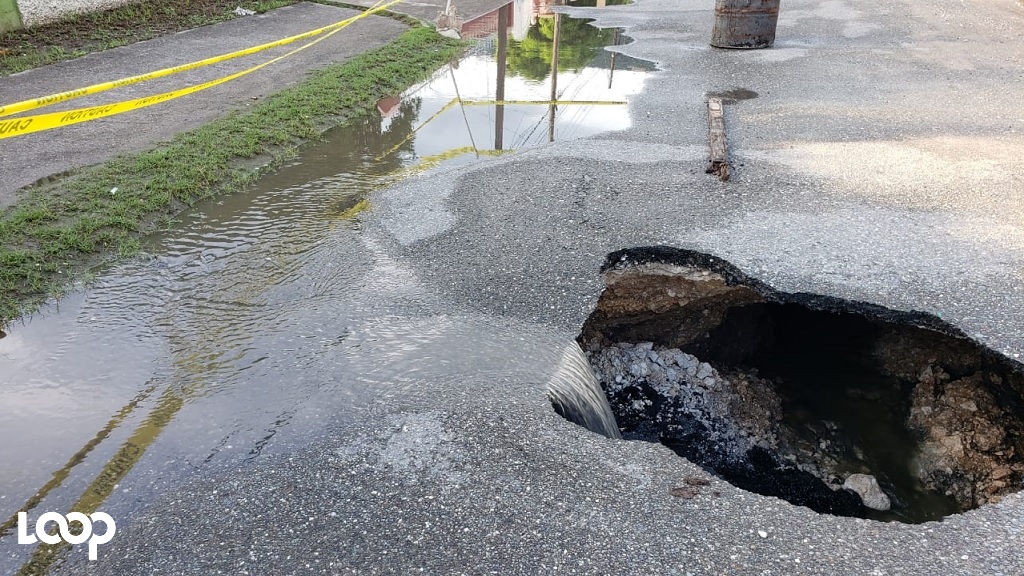 A hole in the middle of a section of Coleyville Avenue in Washington Gardens on Thursday.

Add Coleyville Avenue in Washington Gardens, St Andrew to the list of locations across the country to have had collapses to sections of roadways in recent times.

The cause of the latest road failure is unclear, however up to late Thursday evening, National Water Commission (NWC) workers were observed doing an assessment on the site in which raw sewage was seen flowing.

Coleyville Avenue runs off Weymouth Drive, which intersects with Washington Boulevard, the site of another major road failure earlier in the week that led to gridlock across the city.

The road failure on Washington Boulevard was said to be due to a defective pipeline, the same issue that reportedly led to an earlier breakaway along Arthur Wint Drive in St Andrew on Monday.

In the Arthur Wint Drive incident, a burst pipe caused water to gush at least 30 feet high, causing damage to at least one motor vehicle.

Last month, a section of the Junction Road in St Mary collapsed during heavy rainfall.

‘Seriously’ Speaking: Do the authorities really give a ‘dam’?