Patriots knocked out of CPL 2020 after washout against Tallawahs 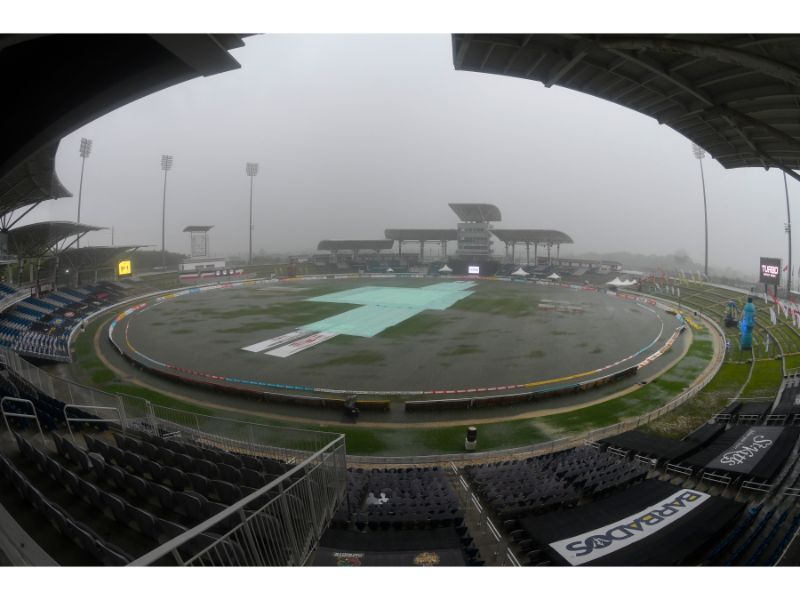 There was a no-result in Match 25 of the 2020 Hero Caribbean Premier League at the Briaan Lara Cricket Academy due to heavy rains. (Photo courtesy Randy Brooks - CPLT20/Getty Images)

St Kitts and Nevis Patriots suffered an early exit from the 2020 Hero Caribbean Premier League (CPL) after heavy rain forced a no-result in their match against Jamaica Tallawahs, at the Brian Lara Cricket Academy in Trinidad, on Thursday.

The Patriots made a good start, but after 5.4 overs, the rain came down over Tarouba to stop their innings and play could not resume before the 1:15 pm cut-off time.

Before the rain, the Patriots had raced to 46 without loss from 5.4 overs with Chris Lynn on 23 not out and Evin Lewis undefeated on 21.

With only three points - including one from Thursday's washed-out game - from nine matches, the Patriots have no hope of making the semi-finals.

The Jamaica Tallawahs, meanwhile, remain in the fourth place on the table, with seven points from their eight matches.