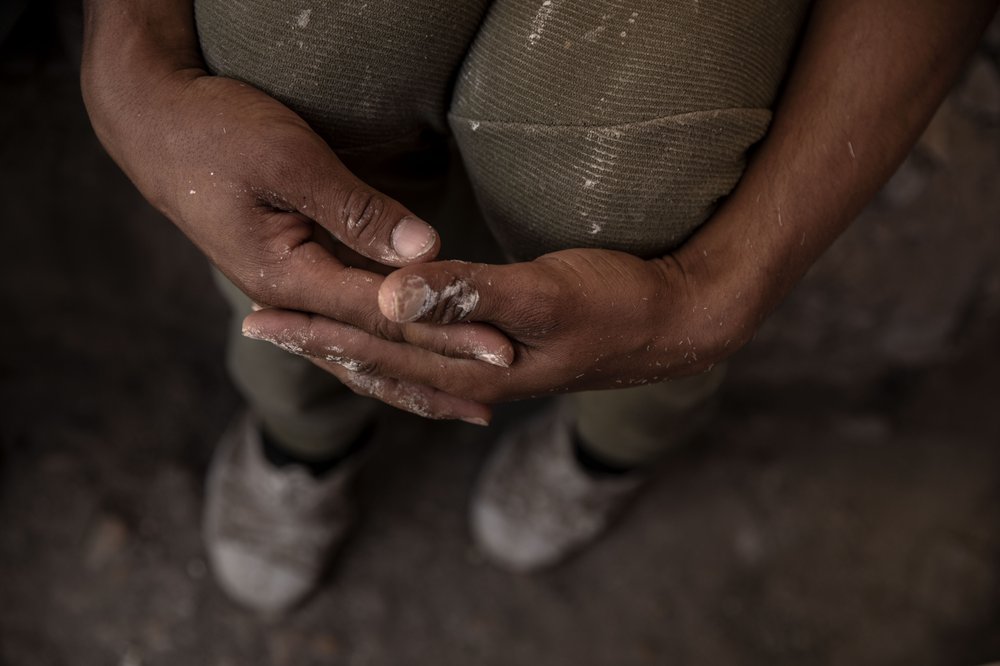 MANFALUT, Egypt (AP) — On a hot Saturday afternoon, Mahrous Mahmoud is busy as can be.

The professional soccer player, however, is working up a sweat in a different way these days — as a street vendor.

At this time of the year, Mahmoud would be on the field playing as a defender for Beni Suef, a club in Egypt’s second division.

But like millions in the Arab world’s most populous country, he has been hit hard by the coronavirus pandemic.

These days, he heads to work in a crowded market in an Upper Egypt town. Shoulder-to-shoulder, shoppers jostle around stalls as he prepares a pancake-like pastry.

Prior to the pandemic, Mahmoud made about $200 a month playing for his club. That went a long way toward feeding his family of three but he also did part-time jobs to supplement it.

The league was shut down mid-March and Mahmoud’s main source of income dried up.

Egypt has implemented a strict curfew and closed cafes, malls and other shops as part of a government effort to stem the spread of the virus. 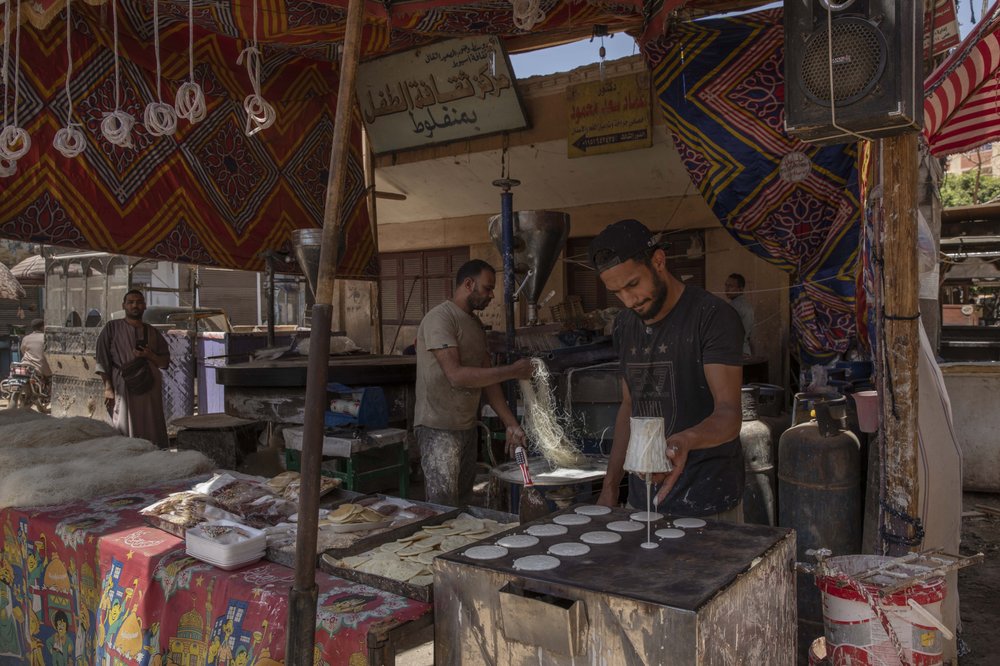 His club told players to stay at home until they could return to playing.

That’s not an option for Mahmoud, or many others in the Nile River region of Assuit. His family has to eat.

“I should do any kind of work to help feed them,” he said.

The market in Manfalut, a town 350 kilometers (230 miles) south of Cairo, has remained open throughout the pandemic, bustling as shoppers buy provisions for the evening meal that breaks the daily fast during the Islamic holy month of Ramadan.

The small pancakes that Mahmoud makes, called qatayef (pronounced a-tie-if) in Arabic, are among the most favourite Ramadan desserts.

Mahmoud returned to his hometown not long after the country’s partial lockdown was implemented.

He looked for jobs but could only find work as a daily labourer in construction. Before the crisis, he said he could find regular work on construction sites, usually making no more than $7 a day, but now he says he’s lucky if he can get two days of work a week.

Then came Ramadan, and the temporary job at the pastry stall.

In Manfalut, where most of the residents are daily labourers, staying at home and social distancing are not viable. 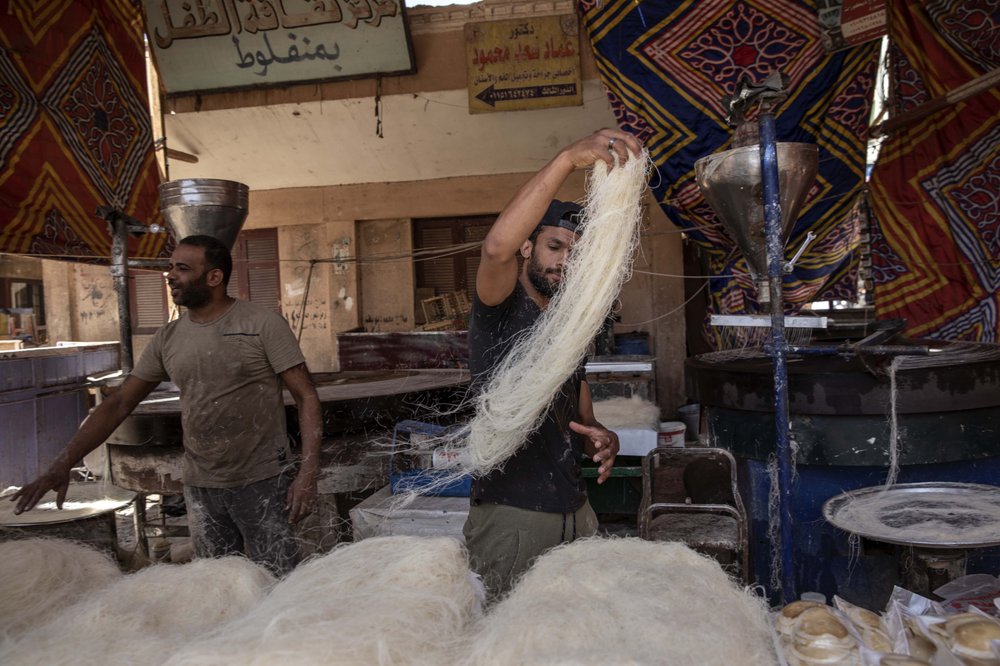 In rural and poor parts of Egypt, many have taken a fatalistic approach to the pandemic, because they consider the cure worse than the disease.

Should the virus gain a foothold here, it could spread fast.

Like many other places in the world, the repercussions of the pandemic were disastrous for most of Egypt’s 100 million people, particularly in the south.

Even before the virus crisis, poverty has swelled because of austerity measures taken by President Abdel Fattah el-Sissi’s government, part of reforms to overhaul the country’s battered economy.

Prior to the outbreak, one out of every three Egyptians, or roughly 33 million people, were living on about $1.45 per day.

The 28-year-old Mahmoud is the eldest of two sons. His father worked as a part-time driver but is retired with heart problems.

He supports his father, mother and brother, who live in one room of a three-story building they share with six other families of his uncles.

He started as a boxer in a local club, then moved on to handball, before coaches convinced him to join the club’s soccer team. By 16, he went professional.

“They told me I would be a good defender,” said Mahmoud, whose teammates nicknamed him Kompany after former Manchester City captain Vincent Kompany.

Mahmoud helped his team to the top of its league, and he hopes to advance to the country’s top division.

In the meantime, he’ll just have to keep working, despite the dangers. There’s his family, and another reason to save — Mahmoud had been scheduled to get married next month.

“Nobody is immune,” he said. “But those like me and my family have to survive.”