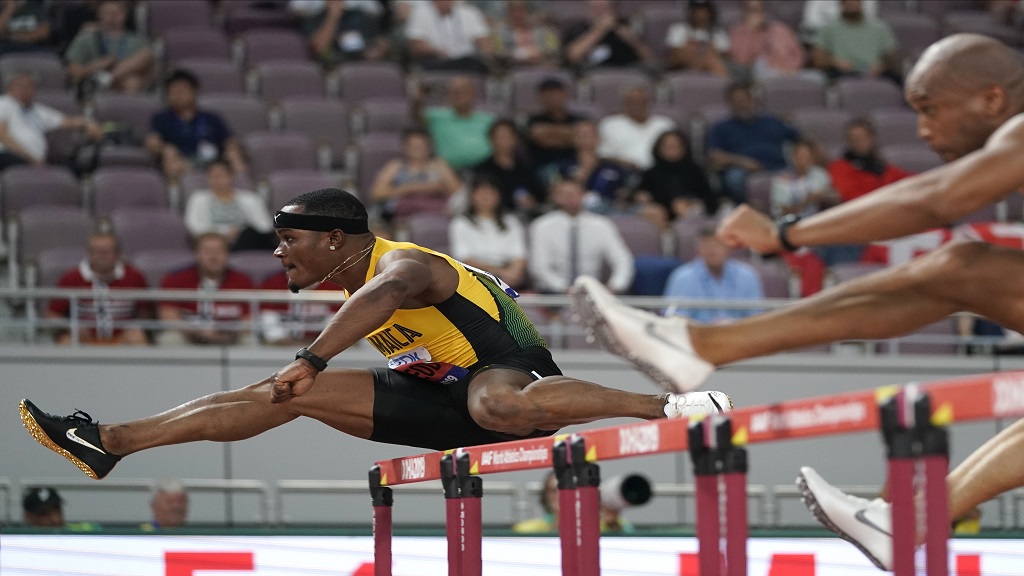 Olympic champion Omar McLeod of Jamaica says he is devastated by the news that the Tokyo 2020 Olympics have been postponed despite the fact that the decision was taken in the best interest of all concerned.

The Games were postponed due to the coronavirus pandemic.

It means that for the first time since the Second World War, the Olympics will not go ahead on schedule.

The spread of COVID-19 has halted sport across the globe and it had become apparent that a start date of July 24 for the Games was too close for comfort.

McLeod, the Rio 2016 110m hurdles champion, says he feels it for the athletes who have been preparing for the quadrennial competition.

“I am devastated and truly feel for all us athletes who have been working tirelessly to accomplish the goals we’ve set for this year,” said McLeod who is based in Jacksonville, Florida, with the Tumbleweed track group. “One of those common goals is obviously the Olympic Games.”

Notwithstanding the disappointment, the 2017 World Champion said he is on board with the decision by the IOC to postpone the Games.

“I do understand, though, that our health comes first and we cannot be naive into thinking that this coronavirus pandemic isn’t something serious,” McLeod said.

“So, personally, I do believe that postponing the Games to 2021 is the best solution for all athletes. We just have to stay motivated and keep aspiring. God bless and wash your hands!”

McLeod was the first Jamaican man to win a sprint hurdles gold medal at an Olympic Games.

A statement issued by the IOC and the Tokyo 2020 organising committee read: In the present circumstances and based on the information provided by the WHO [World Health Organisation], the IOC President and the Prime Minister of Japan have concluded that the Games of the XXXII Olympiad in Tokyo must be rescheduled to a date beyond 2020 but not later than summer 2021, to safeguard the health of the athletes, everybody involved in the Olympic Games and the international community."

The number of confirmed coronavirus infections worldwide topped 600,000 on Saturday as new cases stacked up quickly in Europe and the United States and officials dug in for a long fight against the pandemic.

The latest landmark came only two days after the world passed half a million infections, according to a tally by John Hopkins University, showing that much work remains to be done to slow the spread of the virus. It showed more than 615,000 cases and over 28,000 deaths.

While the U.S. now leads the world in reported infections — with more than 104,000 cases — five countries exceed its roughly 1,700 deaths: Italy, Spain, China, Iran and France.