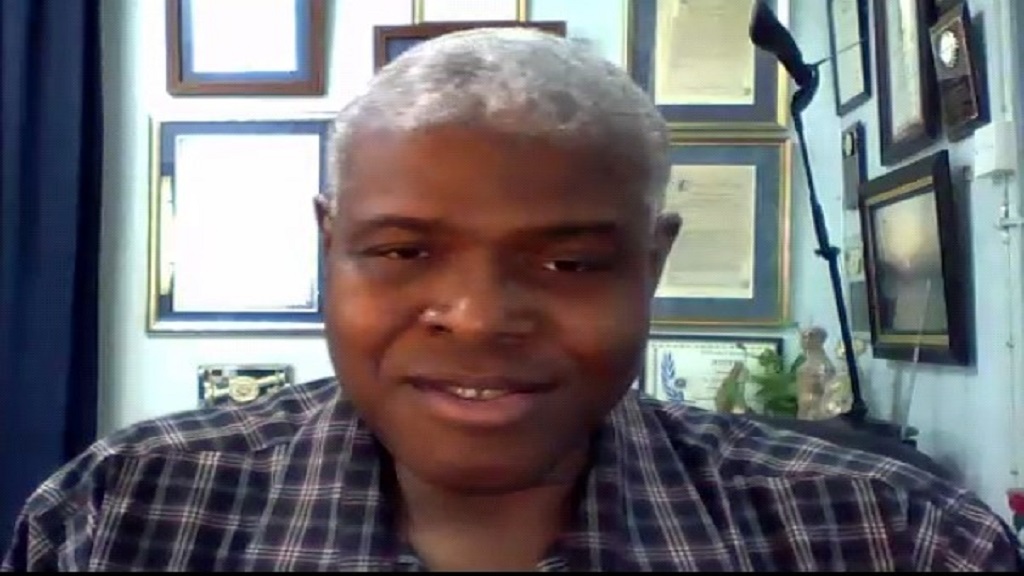 “Vaccines can’t contain trackers or anything that people talk about,” he asserted during a virtual symposium on 'Psychosocial Support: A Vital Necessity During COVID-19', which was recently presented by the Guidance and Counselling Department of Sam Sharpe Teachers’ College in Montego Bay, St James.

“It is so ridiculous to us that you can’t imagine that anybody would say such rubbish, so forget about those,” he declared.

Rattray, who recovered from the coronavirus, explained that, “Vaccines are something that are used to alert your immune system to something” so that it can fight it off.

He conceded, however, that a vaccine could have side effects like any other medication, and he hoped “when it comes that people don’t talk about devil and all that nonsense”.

He said like the flu vaccine, a COVID-19 vaccine will have to be taken once each year, as the virus which already has several strains, is likely to mutate annually.

Rattray advised elderly persons in particular, to get flu shots now, as contracting COVID-19 along with the flu could pose a serious health risk.

Regarding the wearing of masks, he cited this as the most effective means of preventing contracting the virus.

He described masks as being better at what is called “source control”, and stressed the importance of people adhering to the protocol.

“People have to adhere, but they’re just not doing it. People saying now it is some trick, psyche or some rubbish. People are still saying this to you and I get so upset because they are the ones who are making us sick,” stated Rattray.

In addition to wearing a mask, he underscored the value of being out in the open while maintaining physical distancing. This, he said, is important especially for children attending school.

He argued that feelings of suffocation from wearing a mask is purely psychological, and all children over the age of two years should wear masks.

Acting Head of the Department of Guidance and Counselling at Sam Sharpe Teachers’ College, Onnica Morris, who moderated the symposium, said with the changes that have been brought about by the pandemic, “We have come to realise that while we are free people, our freedom comes with greater responsibility both to self and others.

“This pandemic has caused social losses that are significant enough to alter our thoughts and behaviours,” she added, citing that there is now recognition of the need to remain conscious and focused on adapting new habits and having continuity, notwithstanding how challenging it may be.

“Our task at this time is to ensure the maintenance of overall health, be mindful in consideration of the impact this pandemic has on the psychosocial health of self, family, students or any other group of individuals we impact in one way or another,” she stated.

Principal of the college, Dr Lorna Gow-Morrison, disclosed that the institution’s peer counsellors have launched an online mentorship network under the supervision of Guidance Counsellor, Rosette James-Smith, and are actively seeking to improve the pool of student mentors.

She also disclosed that on Thursday, December 3, 2020, during Disabilities Awareness Week, the Special Education Department is to host a webinar on the theme, ‘Supporting Invisible Disabilities in the 21st Century’.

While noting that “now is the time for outreach,” Gow-Morrison said everyone is experiencing newness, unlearning, relearning, unexpectedness and the need for support.

She said in spite of the COVID pandemic, the college continues to manifest being the premier teacher training institution in western Jamaica “and an institution of choice committed to service and excellence”.

She lauded the Guidance and Counselling Department for taking the initiative to host the symposium which drew participants from several other schools across the country.

Gow-Morrison highlighted the college’s role in exploring increased student employment, upgrading of its IT network, and provision of technological resources to students.

Some people turn to herbal medicine to fight COVID