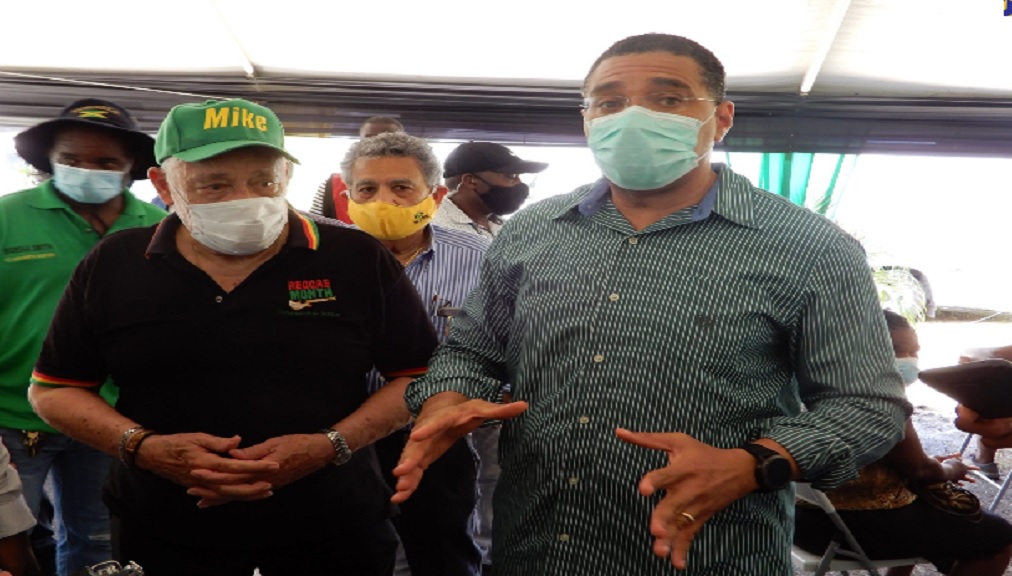 Prime Minister, Andrew Holness, says the new Ministry of Labour and Social Security building on Windsor Road in St. Ann’s Bay could be named after the late Minister, Shahine Robinson, who died on May 29.

Following an inspection of the Ministry of Labour and Social Security’s two new mobile units that were in St. Ann on August 5, Holness said the Government has been listening to the sentiments being expressed by the people of St Ann’s Bay, and it would be a most deserving gesture and a fitting thank you for her many years of public service.

“It is not a rumour,” the Prime Minister said, in response to the question as to whether Ms Robinson’s name will be etched on the new building, which has a September 2020 designated opening date.

“I think the people of St. Ann’s Bay have been saying pretty much that this is something they would like to see. This was part of her dream… [and] she worked very hard as Minister to get it done. It is part of her legacy, which will be symbolised in a monument… in an edifice. I have always said that it is important to remember those who have served this country and to rightfully honour their legacy… their service and dedication to our people,” Holness said.

The building has been completed at a reported cost of approximately $527 million.

According to new portfolio Minister, Mike Henry, construction of the building is in keeping with the ministry’s thrust to improve the working conditions for staff and to deliver services of international standards for clients and stakeholders.

The state-of-the-art two-storey complex also has a building area of 27,268 square feet and rentable space of 17,744 square feet. It will provide 72 parking spaces for staff and clients, including special accommodation for persons living with disabilities.

Henry said the new building became necessary, considering the need for more space to carry out the various functions that have been added to the St. Ann portfolio.

He pointed out that to better serve the public and make the services of the Ministry more accessible, other departments of the ministry have been decentralised to its parish offices, including: Industrial relations, occupational safety and health, National Council for Senior Citizens, the Jamaica Council for Persons with Disabilities, and the Programme of Advancement Through Health and Education (PATH), all functioning under one roof.

Shahine Robinson's niece reflects on beloved aunt who raised her