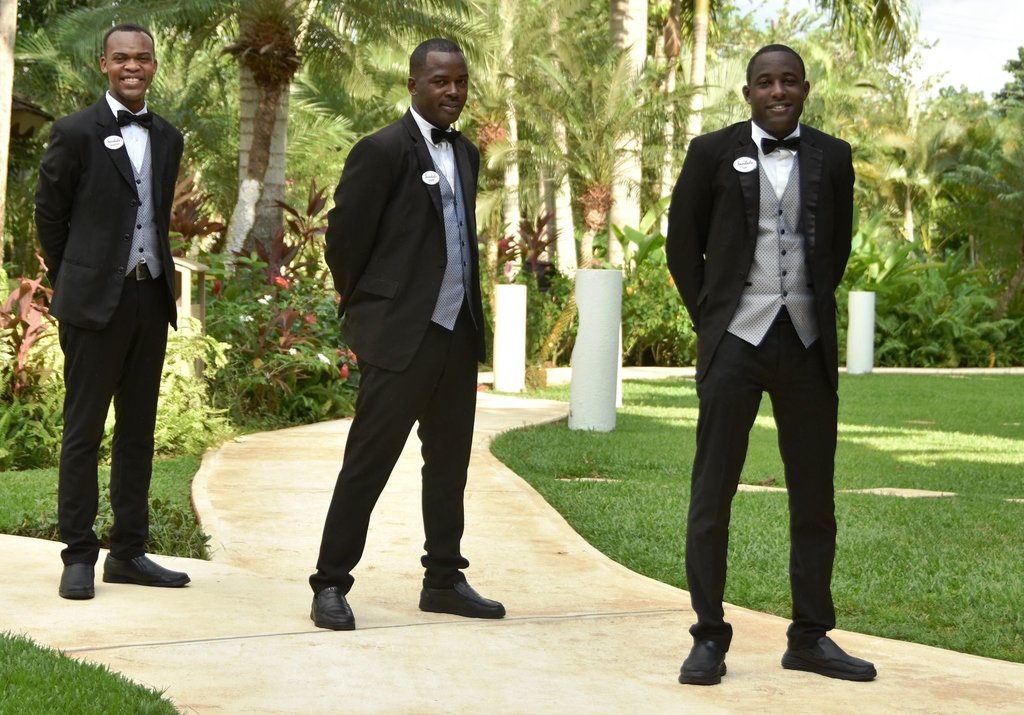 Despite the uncertainties caused by the pandemic within the tourism industry, Sandals Negril continues to provide hope to its employees.

Not only has the hotel remained in operation since reopening its doors in July 2020, but, team members are assured that their growth and development continues to be a major focus.

In less than two months after returning to work, four team members from the concierge and dining room departments were all promoted to butlers.

They join an elite group of professionals who are seen as remarkable guest experience ambassadors.

All were previously a part of a one-year Junior Butler Training Programme and underwent constant assessment by the Group Butler Manager and the Learning & Development Manager.

Personal butlers at Sandals are trained under standards by the Guild of Professional English Butlers. Sandals butlers deliver the highest level of service. They are trained to anticipate guests' needs and create lifelong memories with individual touches not found in any manual, Sandals noted in a press release.

Sean Innis, Romaine Daley, Floyd Harris and Ian Gayle all have a great story of triumph and perseverance that has led to this major shift in their path to an even more rewarding career.

For Innis, Sandals and the tourism industry were what took him out of a state of desperation in 2015. He was unemployed, with a young son and Sandals hired him as a cabana agent, a job that allowed him to provide for his family. The closure of the hotel this past March caught him by surprise.

“Since my bout of unemployment some years ago, this was one of the roughest times I’ve gone through. I was in the process of completing my house, so all that I worked went into my construction goals. One can just imagine the struggle I endured as I watch my bread and butter dry up during those three months. But thanks to the support of many, I pulled through,” shared Innis. Coming back to work after was an answered prayer, but the promotion that came with it was one of the best news he has had in some time and he remains grateful for this blessing. 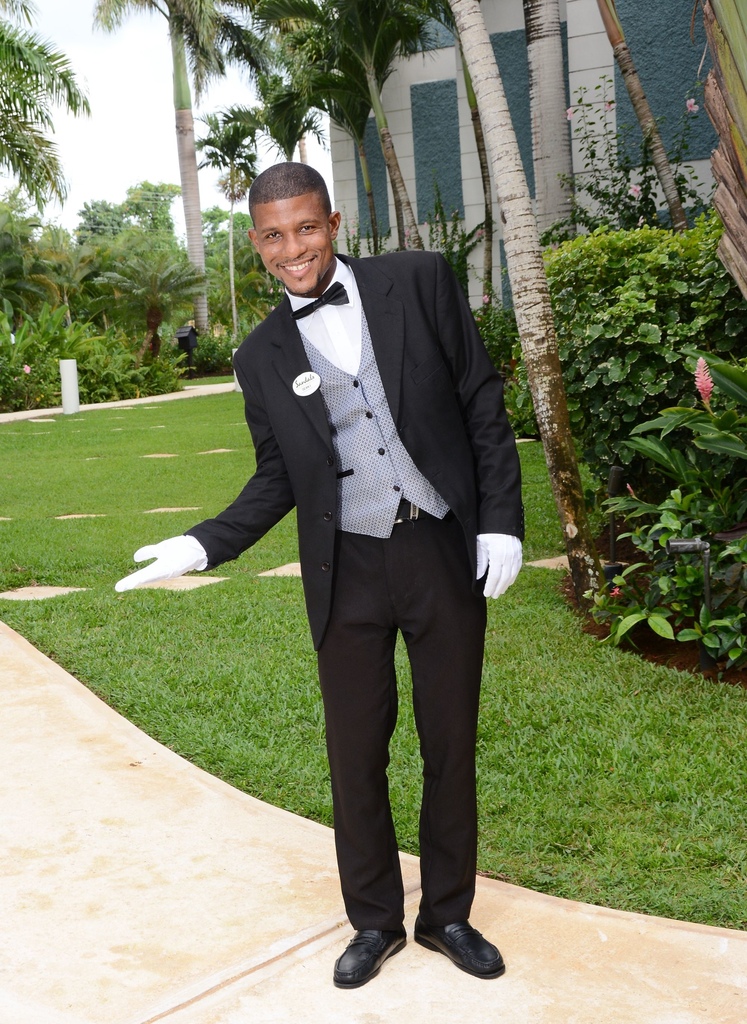 Daley has a deep love for the service industry as he recalls his debut into what has now become a huge part of him.

“After graduating from high school I went near and far trying to find a job. I went to wholesales and supermarkets but because of my denomination, no one was willing to hire me. I am a Seventh Day Adventist and my inability to work on a Saturday was problematic,” he said.

Daley eventually landed a job at sister resort, Grand Pineapple. His insatiable zeal for growth and development led him to cross-train in various departments before being transferred to Sandals Negril.

There he joined the Junior Butler Training Programme and a little under two years after his training commenced, he was promoted to butler.

“I have trained in so many departments with Sandals, from stewarding, transportation, dining room and concierge, I have found my calling as a butler and I will always be grateful to Sandals Negril for giving me this opportunity.”

Daley too felt the pinch after being laid off due to the impact of COVID-19 on the industry. Whilst burning through his savings, he kept the faith that the resort would reopen soon. His blessings doubled when not only did he get called back to work but also received the call of a promotion.

Tourism is his way of life. Since joining this great industry, he has never had the experience of staying home and not working, until the pandemic threw him a curveball.

“To say I am grateful to be back at work and for this promotion is an understatement. Sandals has not only been a trailblazer in hospitality but they’ve pioneered so many experiences in my life. My first time ever travelling outside of Jamaica was through Sandals. All my expenses were covered by the company and I was able to assist with the opening of the new Sandals Barbados, an experience like no other,” shared Harris, who says he looks forward to all the major moves he will make whilst still working for this great company. 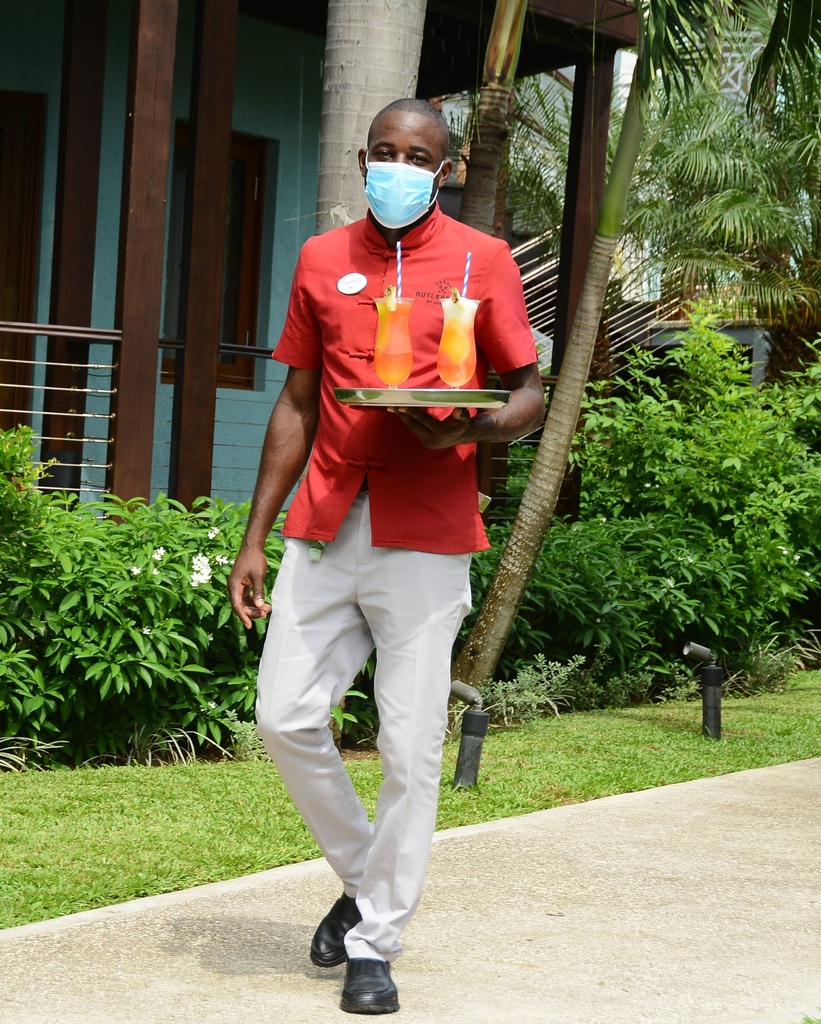 When Ian Gayle looks back at his journey, he is pleased about where he is now. He is proud that a high school dropout from a volatile community with a history of financial hindrances is now a top service provider, working for one of the best companies across the globe.

Gayle has never let his past determine his moves forward. Despite not being able to complete high school; he pursued vocational training as a dining room server and has steadily made his way up the career ladder for nine years with Sandals. Having to stay home three months after the hotel’s temporary closure, he never doubted that he would be back at work. He believes his exposure in all areas of the hotel operation along with the intense training he participated in as part of the butler programme has charted his path.

“My exposure to hotel operations has been very immersive, thanks to the experiences I gained as a dining room server, supervisor and as a butler trainee and now butler. I know I can become the next operations manager within Sandals and with the emphasis this company places on team member growth and development, I know this is in reach,” shared Gayle.

All four team members have vowed to continue to carry out Gordon ‘Butch’ Stewart’s philosophy of giving the guest more that he or she expects at all times.