New BMW has classic grille for sensors, not airflow 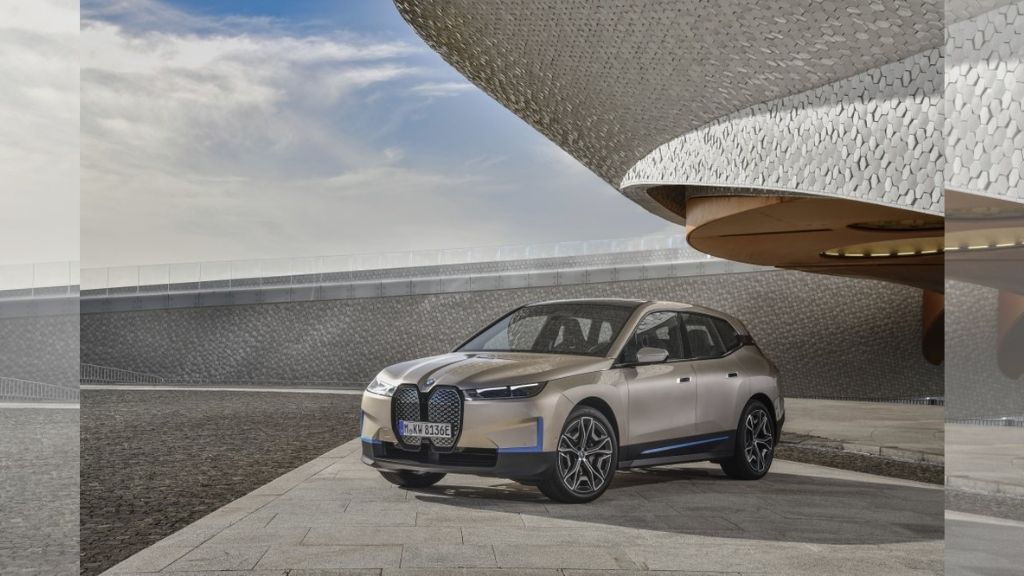 The iX, previously shown as a concept car under the name iNext, is the company’s first vehicle on a new modular toolkit, or technological and mechanical basis that can be used for different vehicles.

The toolkit brings with it increased computing capacity to process data from vehicle sensors.

The iX is a long, sleek vehicle with a large twin kidney-shaped grille typical of BMW vehicles, and a minimalist interior that uses a curved touchscreen.

BMW calls it an SAV, sports-activity vehicle, instead of a sport-utility vehicle.

Since the car is battery-driven and needs only minimal air for cooling, the front grille is solid and houses cameras and sensors behind a transparent surface.

The company says the iX will get 600 kilometres on a full charge under the European standard and more than 300 miles under the US Environmental Protection Agency’s FTP-75 standard.

The company cautions that the ranges are predicted values based on the vehicle’s current stage of development.

The vehicle’s design is more restrained than an earlier concept version and the car could still undergo changes as it ‘is still in its series production development phase,’ BMW AG said in a news release.

The iX will be produced at the company’s plant in Dingolfing, Germany, from the middle of next year and reach customers at the end of 2021.

The hot issue: Too sexy for my shorts

The hot issue: Summer swim for everyone!