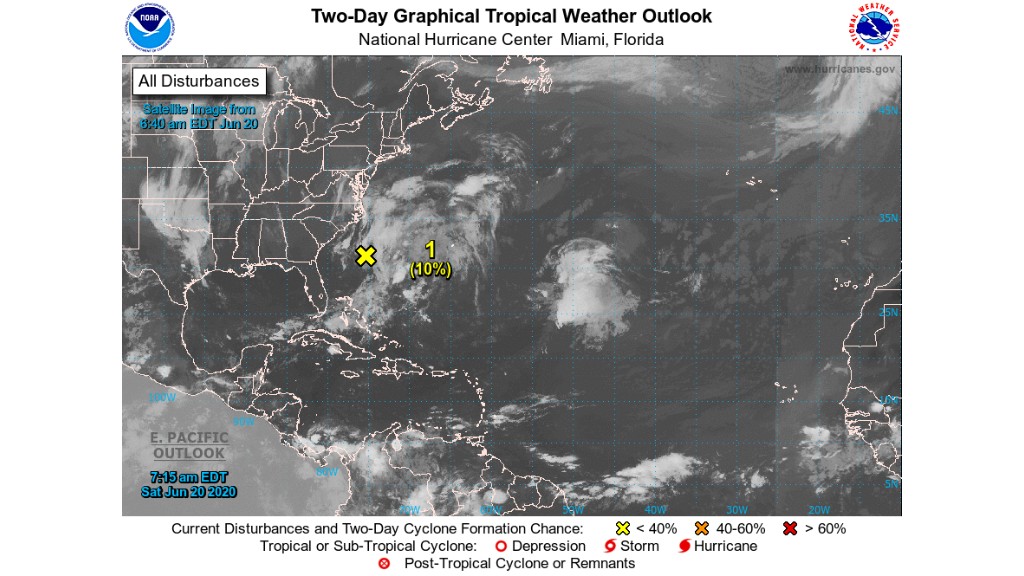 The US National Hurricane Centre (NHC) in Miami is monitoring two weather systems in the Atlantic and North Pacific Oceans.

In their Saturday morning update, the NHC gave the Atlantic system, which is located a few hundred miles off the Southeast US coast, a low (10 percent) chance of development during the next 48 hours and five days.

“This disturbance is forecast to move North Eastward, and a non-tropical low-pressure system is expected to form during the weekend. Significant development is not anticipated but the system could briefly acquire some subtropical characteristics when it moves over the Gulf Stream on Sunday. Further development is not anticipated once the low moves over cooler waters early next week,” the NHC said.

North Pacific Ocean system is a broad area of low pressure that is located more than 1000 miles southwest of the southern tip of the Baja California peninsula.

NHC expects a more concentrated low-pressure system to form within this region during the next few days, as environmental conditions could support some slow development through early next week while the disturbance moves generally westward.

It has a low (30 per cent) chance of formation during the next five days.

One on One: Premier Burt talks COVID-19, hurricane season & racism

PAHO on alert to help Caribbean during hurricane season

Sint Maarten PM on hurricane season: Do not become complacent