National Gallery gets cultural preservation award from US gov't 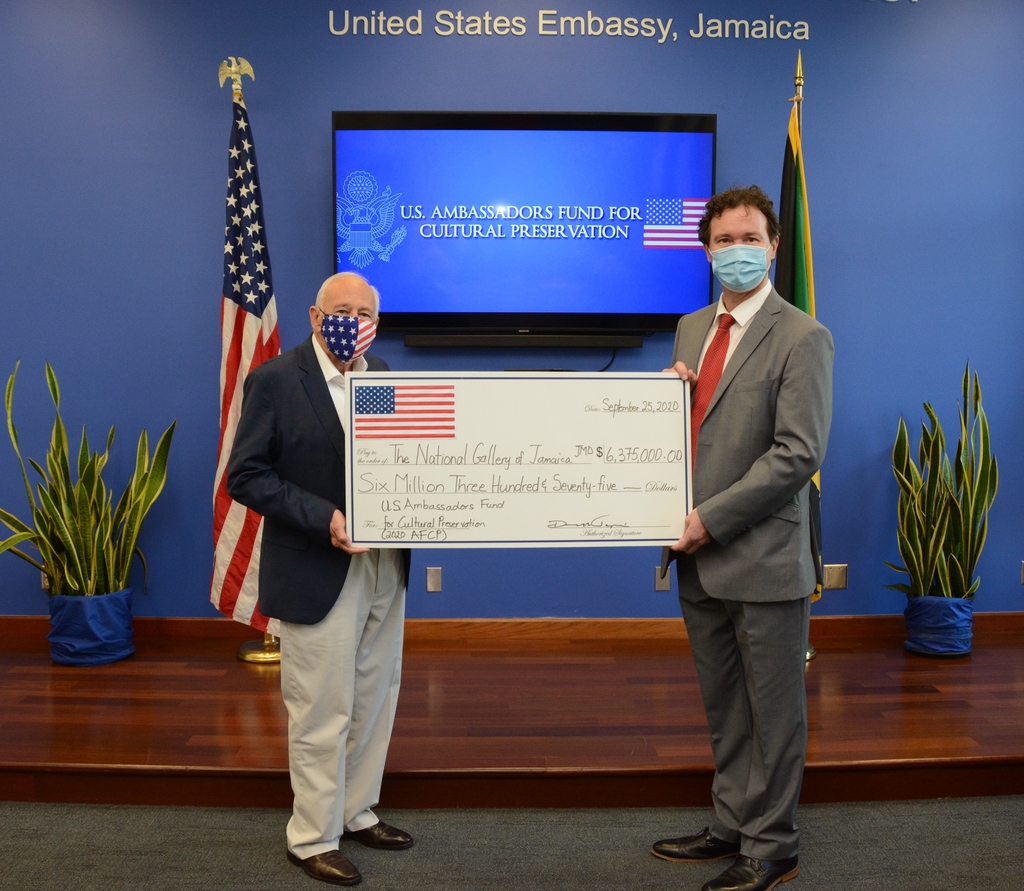 US Ambassador to Jamaica, Donald R. Tapia ( l), presents a symbolic check to Acting Executive Director of the National Gallery of Jamaica (NGJ) Dr Jonathan Greenland. The NGJ is one of several global recipients of the 2020 US Ambassadors Fund for Cultural Preservation Award.

This award was made possible through the AFCP’s Cultural Antiquities Task Force and will support the NGJ’s "Conservation Redevelopment & Storage Rationalisation Project".

The project is designed to redevelop the gallery’s conservation laboratory workspace and reorganise its collection storage areas.

Speaking at a recent handover ceremony, held at the US Embassy’s Robeson American Center, Ambassador Tapia congratulated the NGJ on its award, asserting “I am pleased that the US Government continues to partner with Jamaica on programmes that not only strengthen trade and security but also bolster cultural ties by preserving pieces of the island’s rich heritage for future generations.”

Established in 1974, the NGJ is the oldest and largest public art museum in the Anglophone Caribbean and explores the breadth and depth of Jamaica’s visual art culture through its collection of painting, sculptures, and other forms of art.

The AFCP, therefore, provides grant funding to preserve cultural heritage around the world, ranging from the renovation of historical monuments and restoration of artifacts to the documentation of traditional cultural expression. It demonstrates the commitment of the United States to help people around the world preserve and protect their rich cultural traditions.

Since its inception in 2001, the AFCP has awarded seven Jamaican projects, to the tune of approximately $38 million.

We Have Met Before: New Exhibition at the National Gallery of Jamaica