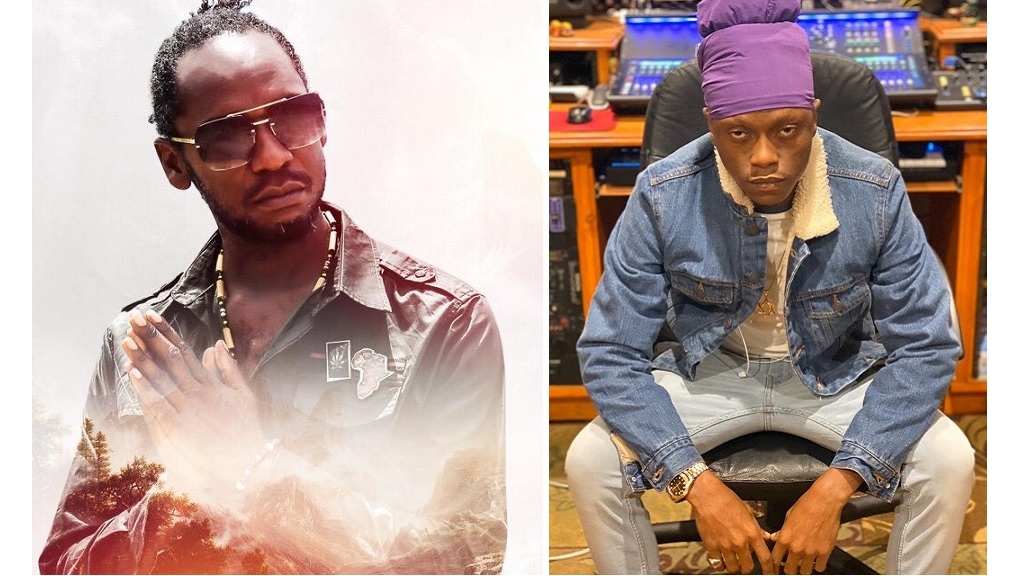 Iyah Syte (left) and Teflon, two of the artistes featured on the project.

"The very first song on the Steppers rhythm was 'Warning' by Iyah Syte.  I met Iyah Syte through a WhatsApp group by watching one of his videos on youtube that he shared in the group. I was impressed with what I heard, so I decided to reach out to the artist to record for me. Right away, he told me to send him some riddim so he can gwaan meds them.  I sent him six riddims that day, the following day, he sent one of the riddims back and said, 'This!'  That was the Steppers rhythm," Hill explained

'Warning' was eventually released on May 1, 2020 with the recording, mixing and mastering done by Smartkid the engineer.

"Everywhere Iyah Syte went to promote the song, people talked about this song, and all the interviews he went on, you could hear the DJs telling him how powerful the song was. When we saw how big the song got after all the buzz behind it, we decided to do a compilation to give it an extra boost, and then in came the idea for  the "Steppers Rhythm" project," Hill explained.

Hill had started his label on January 24, 2018, in Chesapeake, VA, and he felt it was time to take on a major reggae project.  The COVID-19 pandemic at first made it challenging to attempt the project because he said "people were kinda wary of doing any studio work at first".

Other songs on the project include 'Mercy' by Knatch Rychus, ‘Have Some Class’ by Imar Shephard, 'Dark Cloud' by Teflon, 'Inna Di Ghetto' by Jabalance, 'Jah Soldiers’ by Macardi 'World Wi Livin In’ by Perfect Giddimani,  'Nowhere Is Safe' by Darrio, and ‘People Rise’ by Kenyan reggae singer Salma Queen.

"The feedback  on the Steppers has been phenomenal, a lot of great feedback, Talia Powers the deejay from IRIE has been giving me a lot of support, Dr Love from Mello FM, plus Edge FM have been giving me a big strength," Hill said.

Some of the other productions of 24/7 Music Production include the Mad Vibes EP, Express rhythm, and the Fast Wine rhythm. He also has an Afrobeats-inspired song with  Gyptian called 'Perfectly With You' which has over 100,000 streams on Spotify and a song called 'Chisel It' from Darrio, one of the top streamed songs produced by the label.