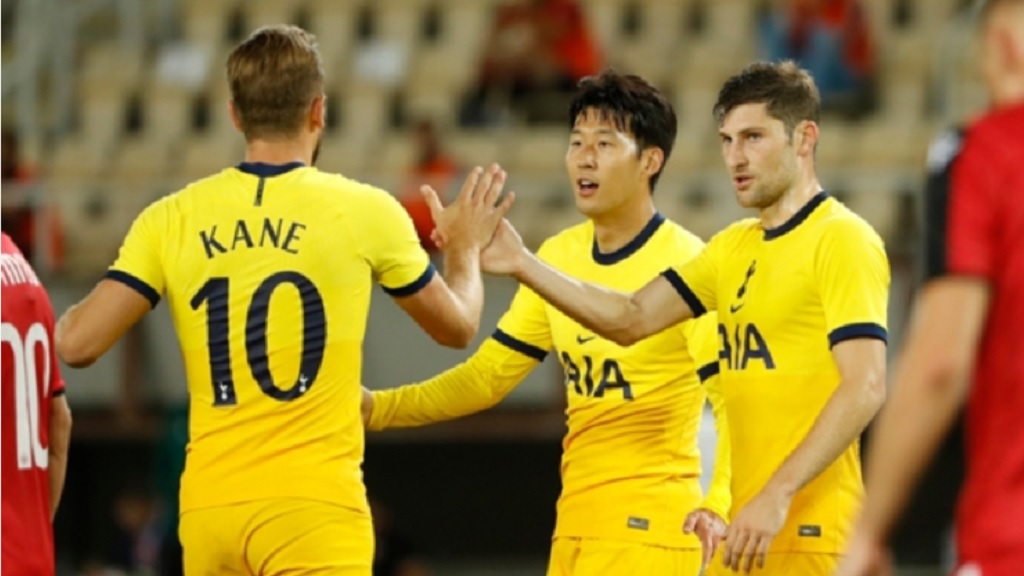 There were no major upsets as Tottenham, Celtic, Wolfsburg, PSV Eindhoven and Sporting Lisbon all advanced to the playoff round.

Milan will travel to face Rio Ave next week in the playoffs. The Portuguese team prevailed 4-2 on penalties after drawing 1-1 at Besiktas in Turkey.

After scoring four goals against Southampton in the Premier League on Sunday, Son Heung-min netted again for Tottenham in a 3-1 win against Shkëndija in North Macedonia.

Erik Lamela and Harry Kane also had a goal each to set up a home match against Maccabi Haifa in the playoffs. The Israeli club won 2-1 at Rostov in Russia.

Tottenham had to ask for the goal frames to be changed ahead of the game after discovering they were too small.

“Before the game was a funny situation because my goalkeepers told me that the goal was small,” Spurs manager Jose Mourinho said, adding that the frames lacked 5 centimetres (2 inches) in height. “I went by myself and of course the goal was small."

Decimated by coronavirus infections, Romania’s FCSB had to sign new players only hours before their home game against Czech club Liberec to be eligible to play.

They still lost 2-0 after having defender Stefan Cana sent off in the 20th minute.

Substitute Mohamed Elyounoussi netted in the final minute to send Celtic to the next round with a 1-0 victory over Latvia’s Riga.

Only Tottenham are not allowed two strikers – Mourinho